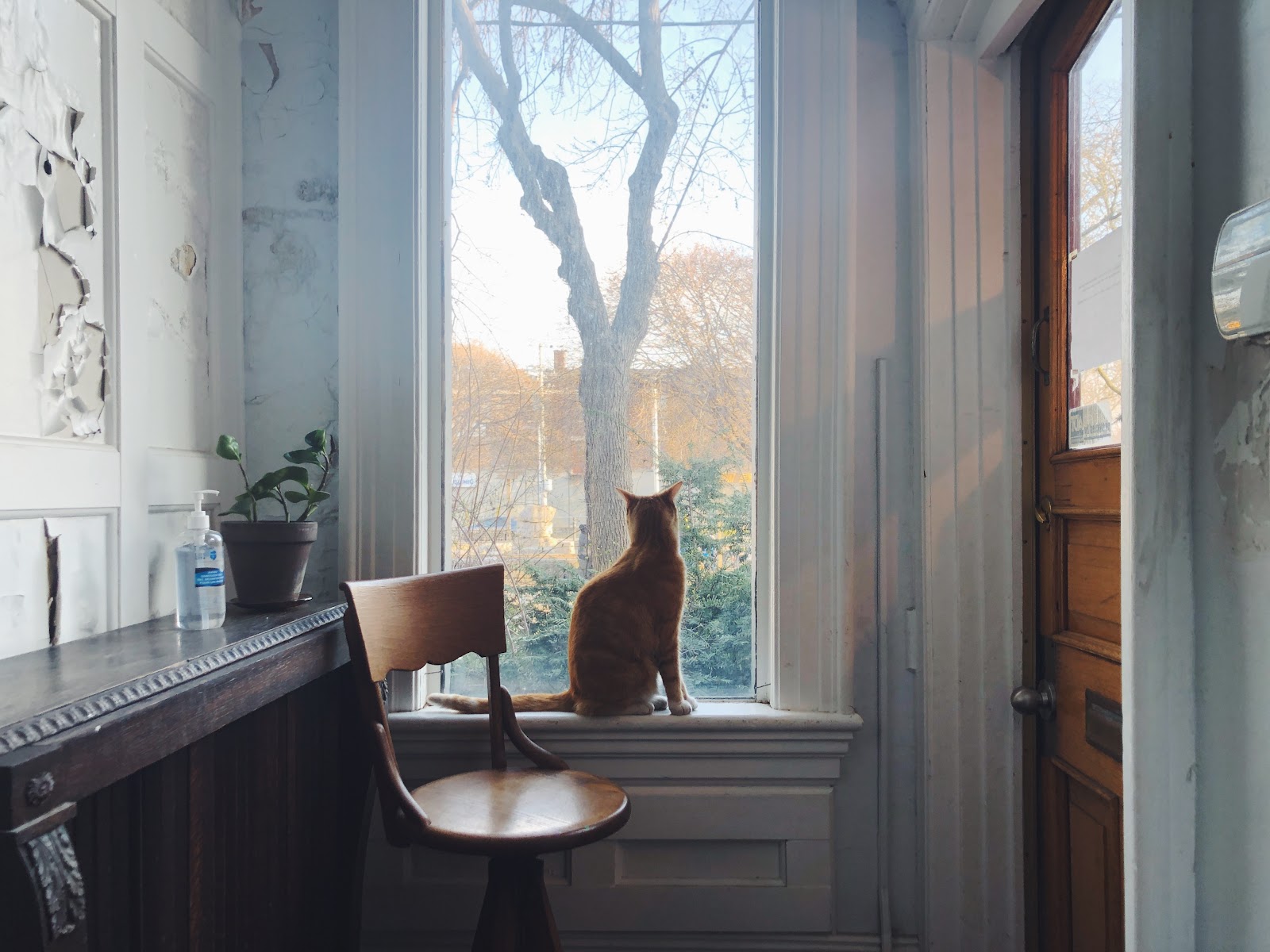 I joke about Chicken being a defective shop because he mostly is, but actually I’ve come to realize that he is more aware of things that I would normally give him credit for.

Back when the shop was open, he would choose people to come up to to say hello, or he would hardly notice them as he slept on the bags, he would sit at the window and look out at the squirrels and birds as people came in and out. He wandered in and out at will, calmly blinking and staring at people, occasionally coming up for a sniff or a pet. All things considered, given how cranky he normally is, he’s been a halfway decent shop cat.

This has always been interesting, his willingness to accept people in the shop, given that he has never liked people upstairs in the apartment where we live. He will, in fact, leave the building entirely and wait outside in the laneway or in someone else’s backyard until someone calls him in, and he will come darting and slinking around, predator becomes prey.

I have no idea if he’s going to be ready, after his year and a half’s leave of absence, to take up his role as shop cat again when we reopen the Studio Shop. I’m projecting because I don’t even know if we’re ready.

We’ve been prepping the studio shop—or perhaps prepping is not the right word. We’ve been taking out recycling, dusting, sweeping. Inventory has slowly been creeping back in as well, price tagging, working out the glitches in our inventory system between the two shops.

The studio shop continues to be open by chance, and it’s been nice to see some familiar faces again. I’ve also met a few new customers, who maybe found us during the pandemic. There’s the back and forth dance of “are you—?” “Yes, I’m—“ “And Chicken—?” and then the delight of finding a familiar soul in the world, someone who speaks the same language of nib sizes and paper weights and crusty shop cats. Every once in a while someone will come up to pet one of the cats that lounges in the front sunshine and then perhaps also wander inside.

I’m waiting for more inventory, for more restrictions to lift, for more customers to come by, some omen, some cloud shape in the sky before we officially declare studio shop in store browsing hours, but until then, I prop the door open with one of languishing plants, and wait for people to happen by. It’s strange how things fall back into place, customers who previously bought certain types of pens or notebooks coming in and looking for those things again, walking lightly through the shop as though not to frighten off the stationery elves in this rustic fairytale cave, after 100 years of sleep. 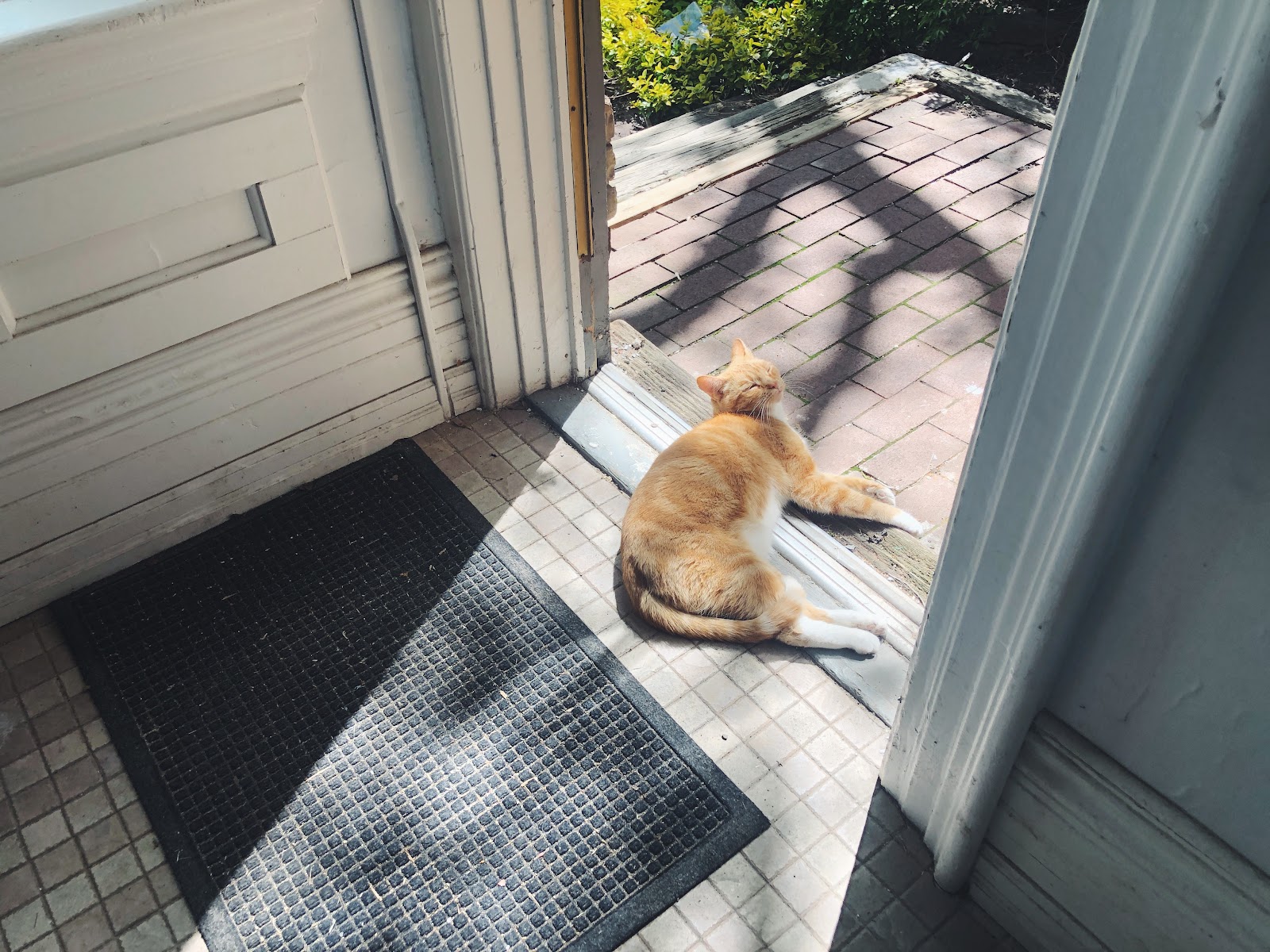 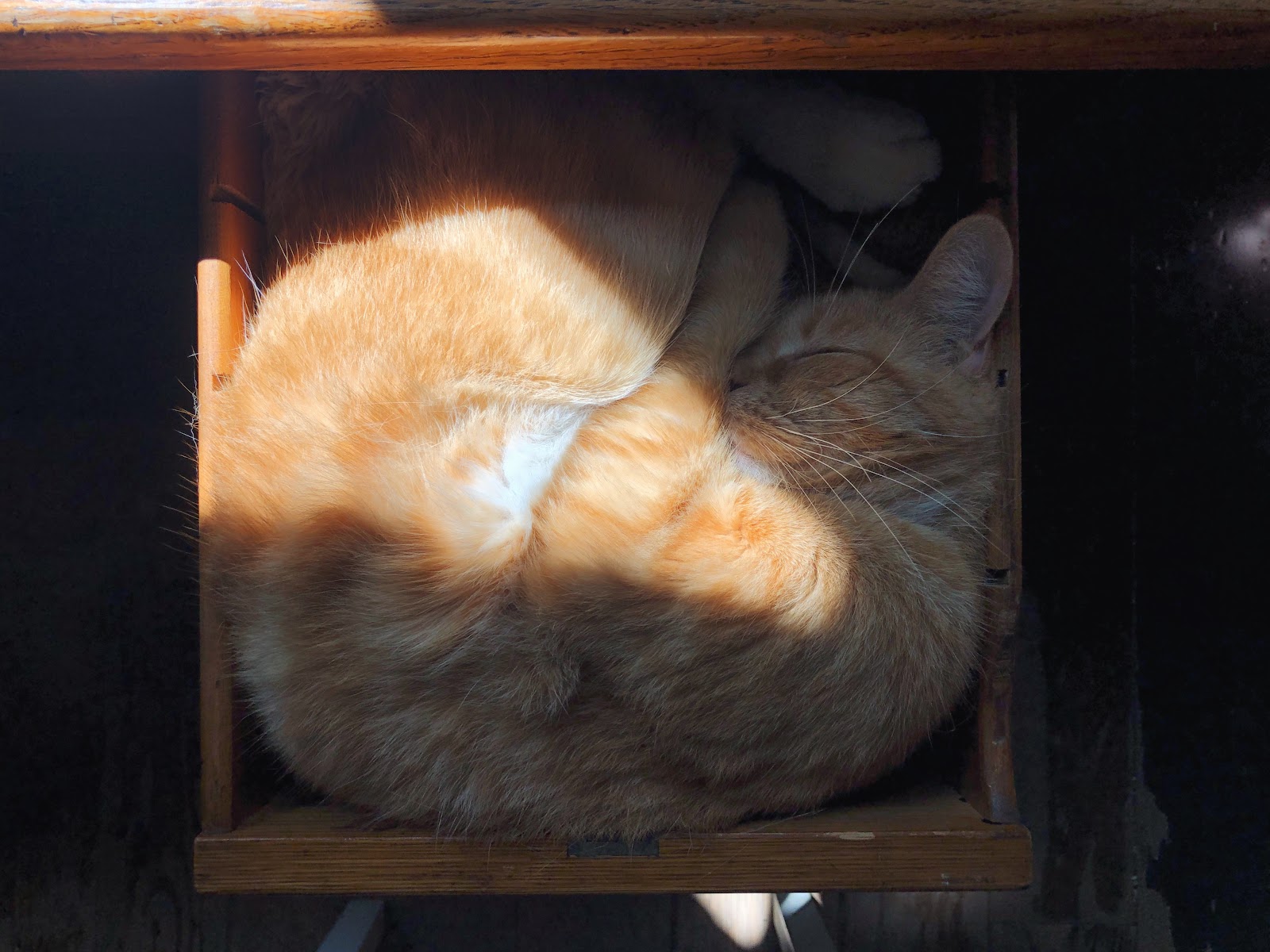 Oh…. this is lovely. I still miss my cat. She died a few years ago, after being with us for a fabulous 20 years!
Thanks for those beautiful shots of the shop cat. Long live the cat.