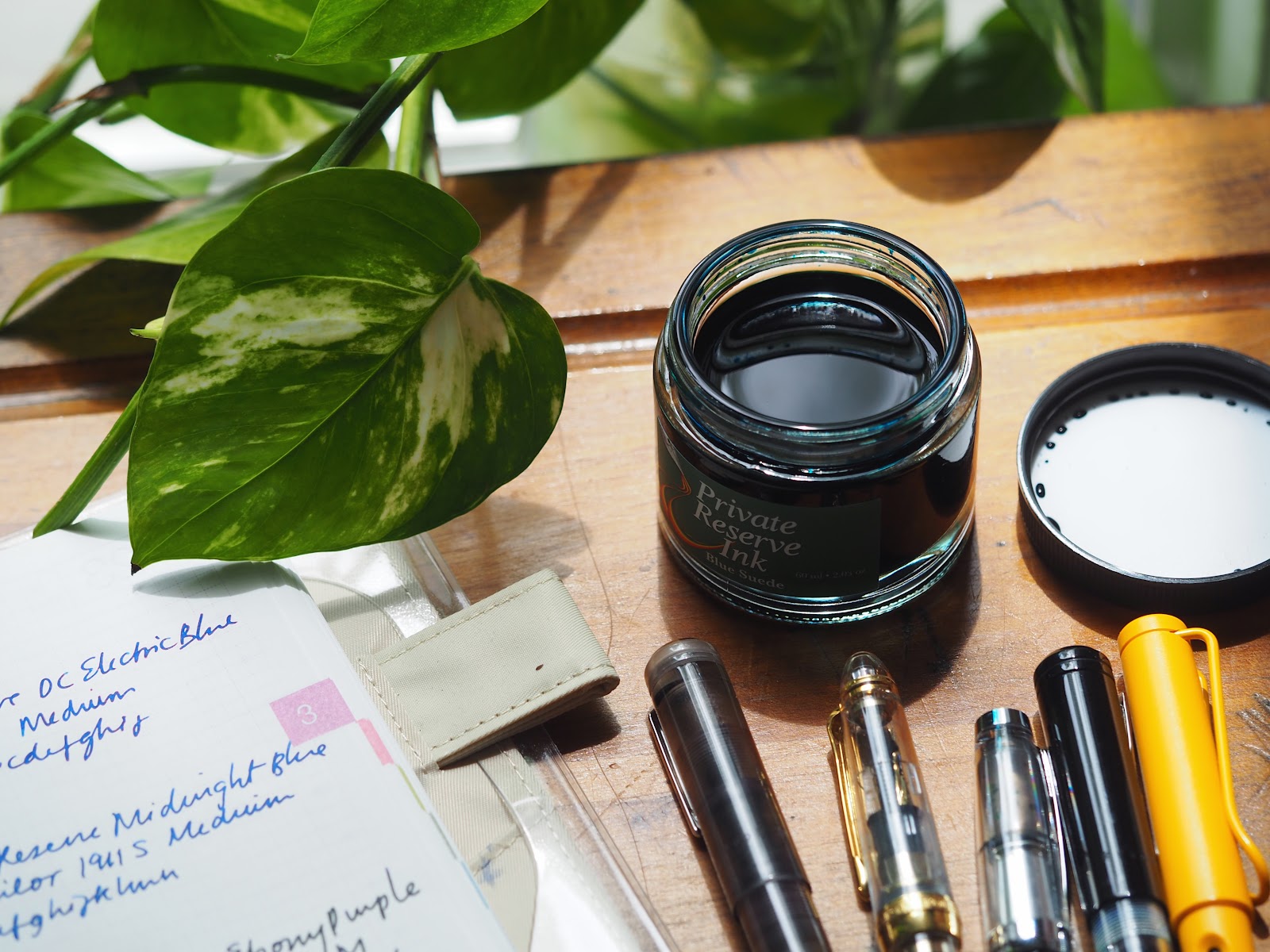 We recently received in a new line of inks, Private Reserve, which happens to be an ink we carried once upon a time, in our very earliest days. An American company making boutique inks similar to Noodler’s: lots of vibrant, saturated, rich, colours across the rainbow. For those of us chasing just that right shade of sky blue, or looking for the biggest sheeting inks, and before the proliferation and ubiquitousness of Japanese inks, now so widely available, Private Reserve inks were a real cult classic. This was, now that I’m travelling down memory lane, back when Sailor North America had just its Jentle line—Black, Blue-Black, Blue, Grenade, Epinard, Peche, Sky High, Ultramarine and Apricot, and their North American release of the Four Season inks doubled their ink offerings, so Private Reserve was one of only a few companies with such a large range of colours.

Towards the tail end of their first iteration, there were maybe some minor supply and quality consistency issues and we were also moving to 250 Carlaw at that time, so things sort of fizzled out.

But there has been a revival! Following some changes within the company, the inks today are manufactured in Germany, and are now available in a slightly upgraded version of their classic no-nonsense bottles and labels.

This launch has gotten off to a fairly quiet start, however, I am all about these inks.  They are wet, which I love, and rich and a lot of them sheen. They are a little unwieldy on lower quality papers, especially if you have an inkier pen, but I’m mostly writing on decent or good quality paper, and it’s totally worth it for the feel on the page. I have a part two post coming up because they also have some really nice browns. We sort of approached this launch a bit haphazardly (ha ha) and Jon did the first round of ordering and then I, aghast at the colours he missed out on, had to tag on a few extra. 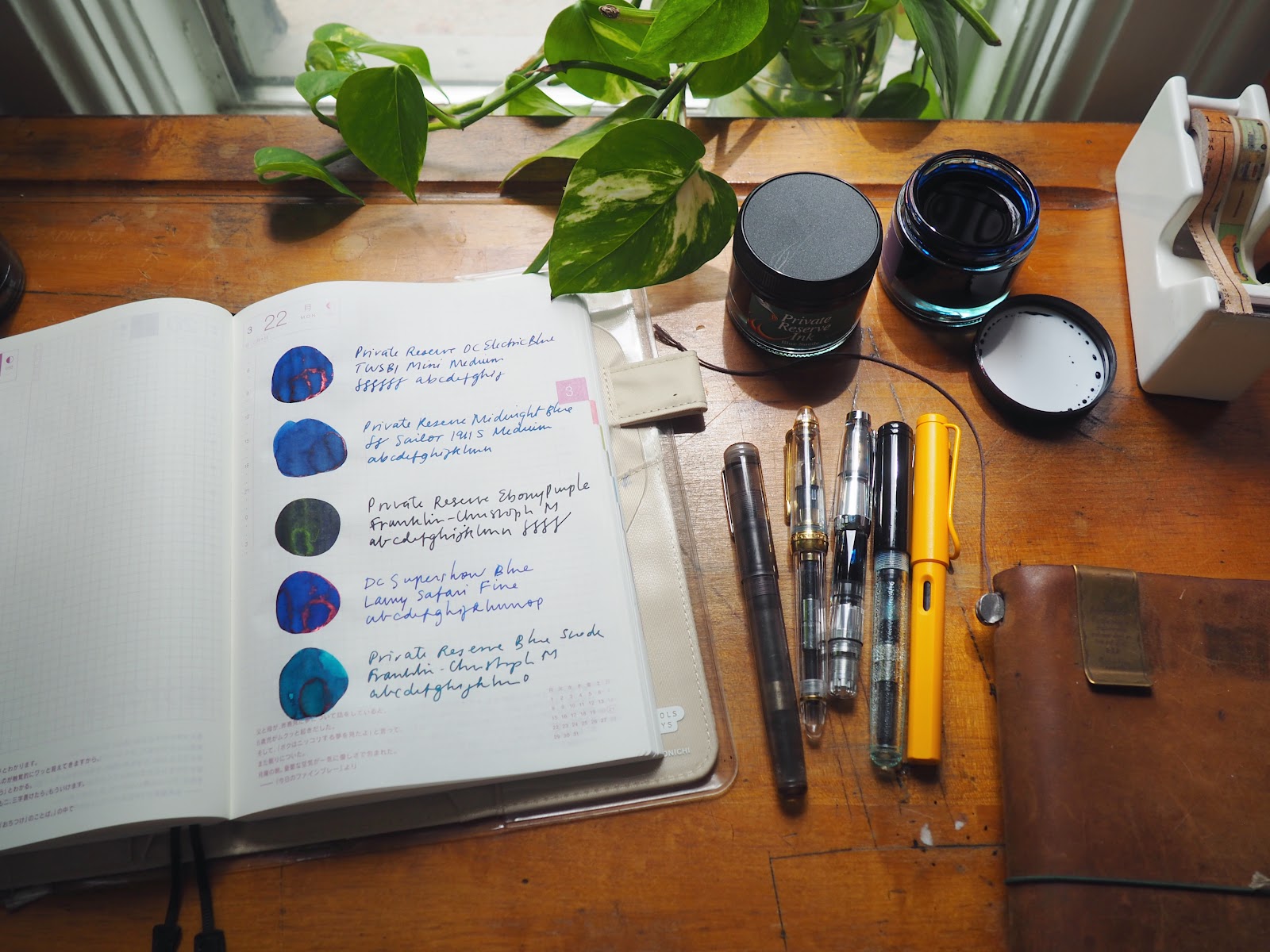 These inks here are some of the iconic Private Reserve inks, and they’re beauties. 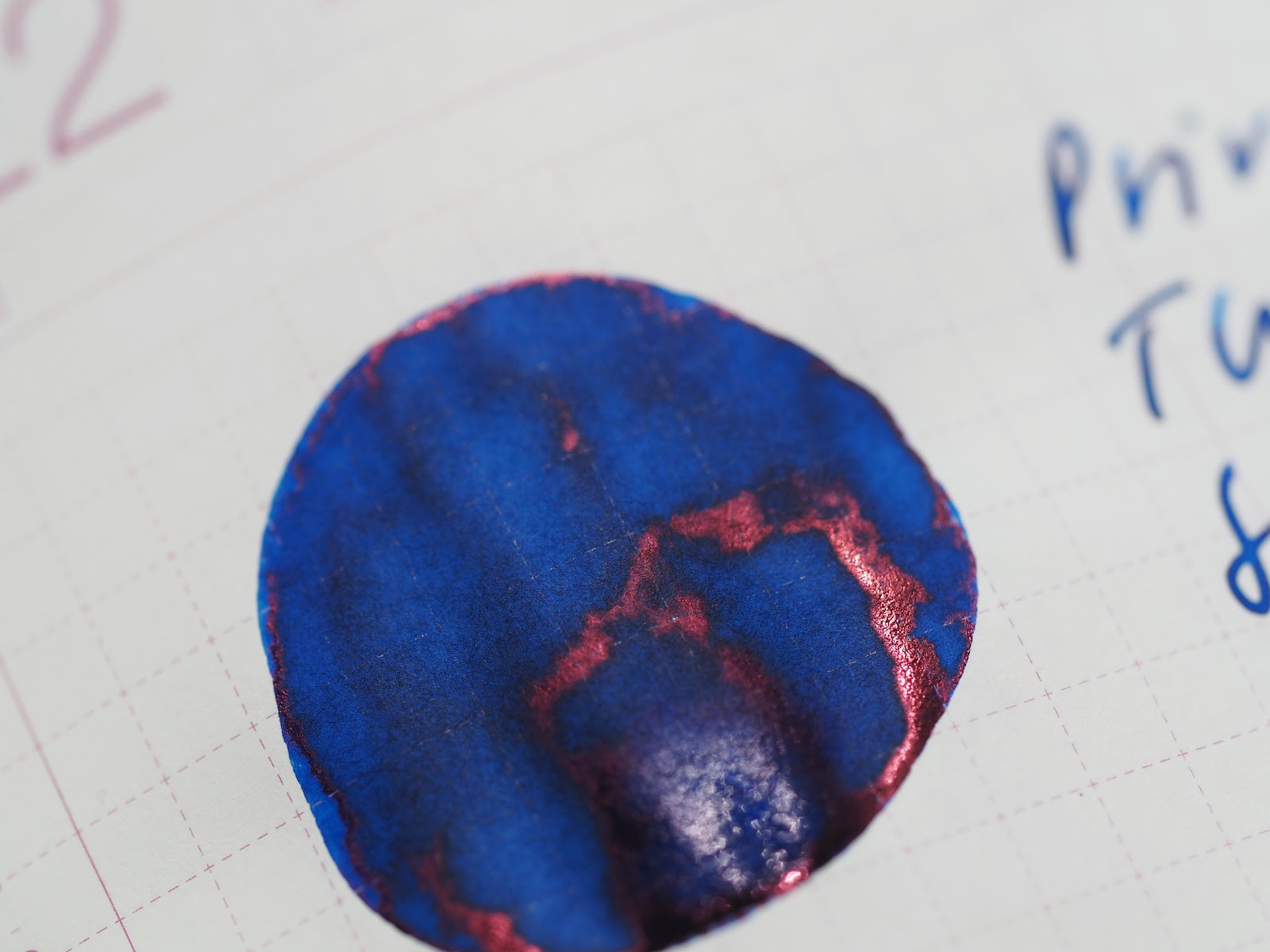 This is DC Electric Blue with lots of red sheen, a super rich and saturated blue. 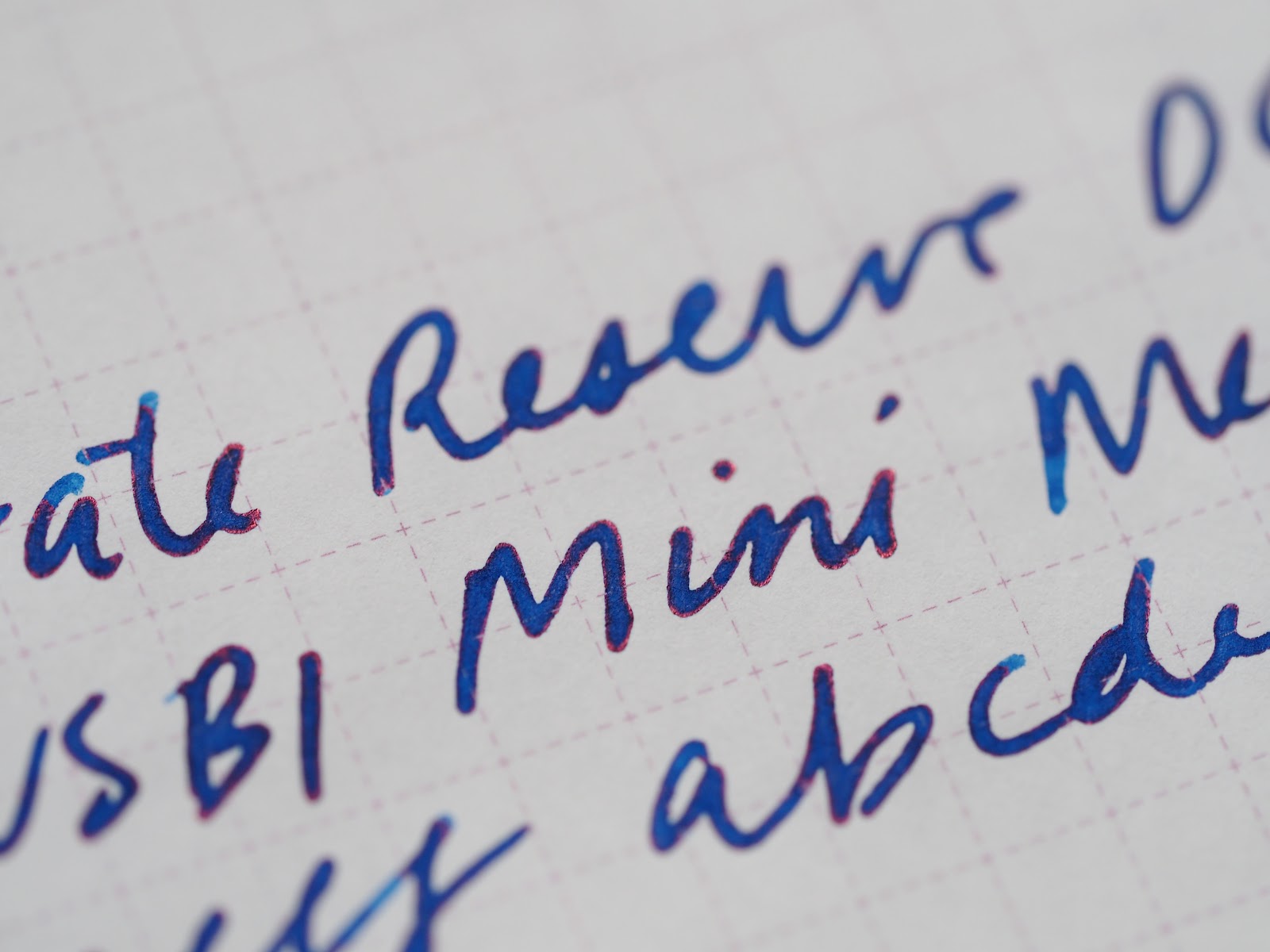 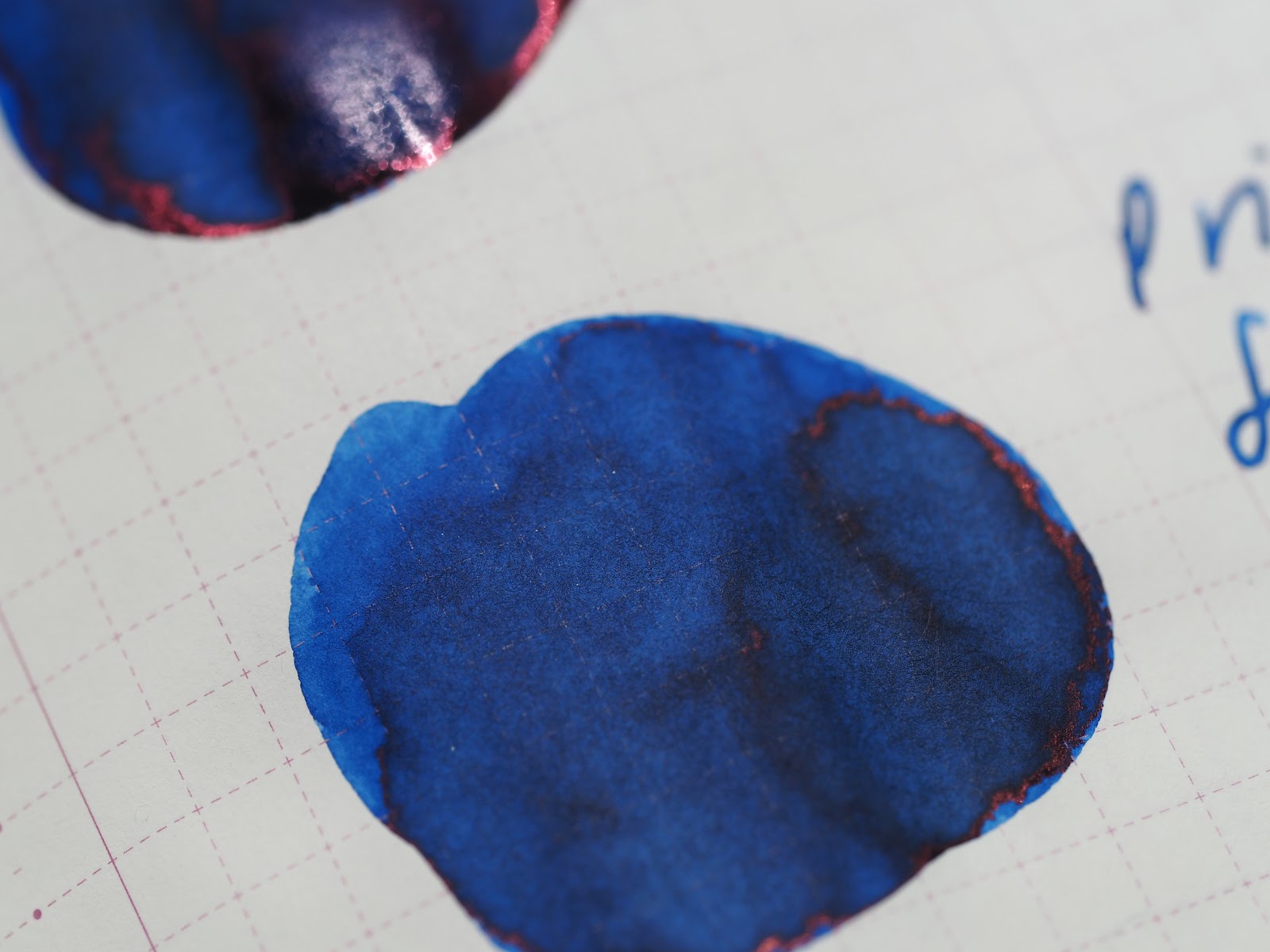 Midnight Blue is another classic, less showy but a lovely medium blue with a hint of sheen as well. Less vibrant, maybe a good office ink. 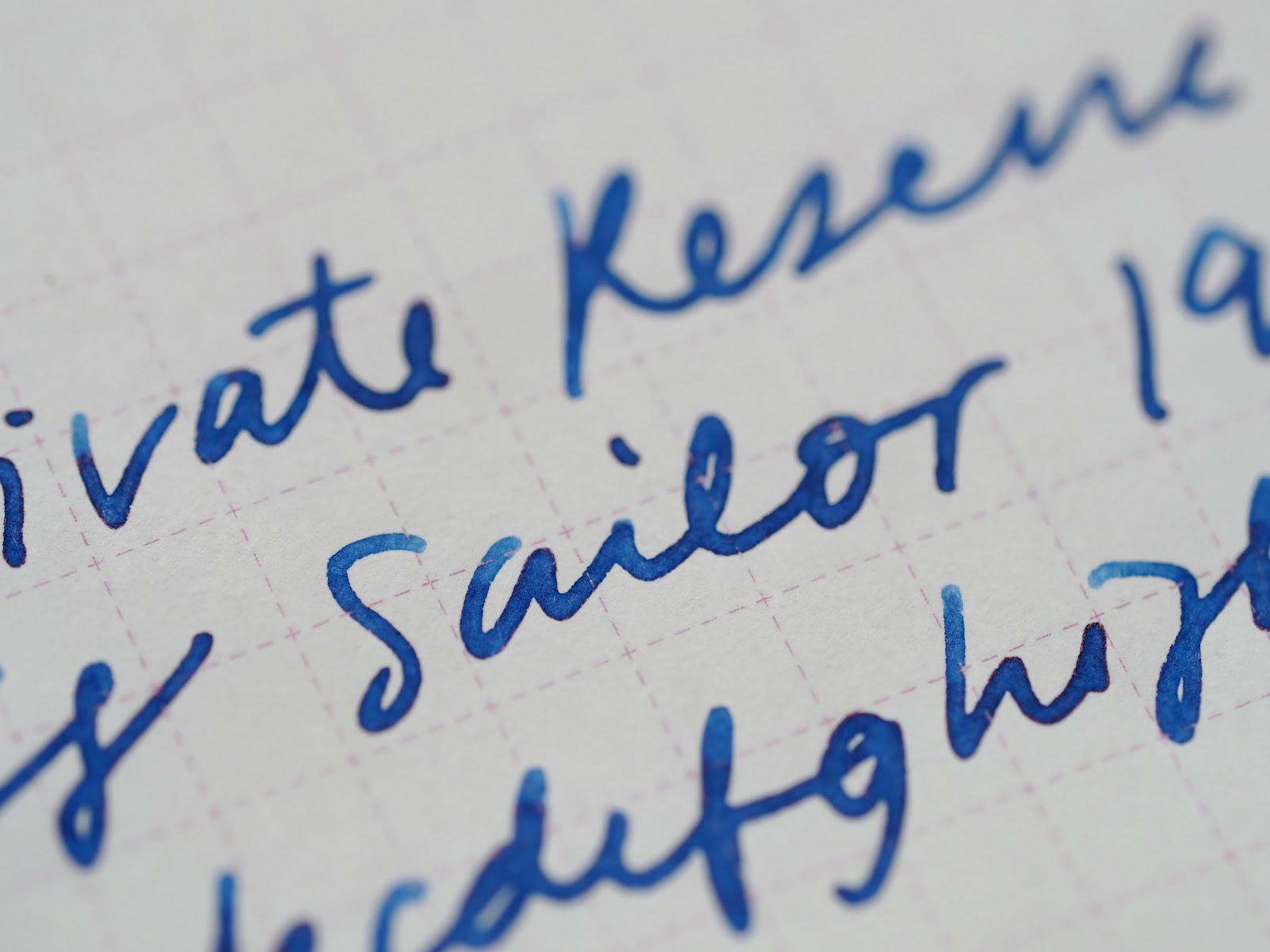 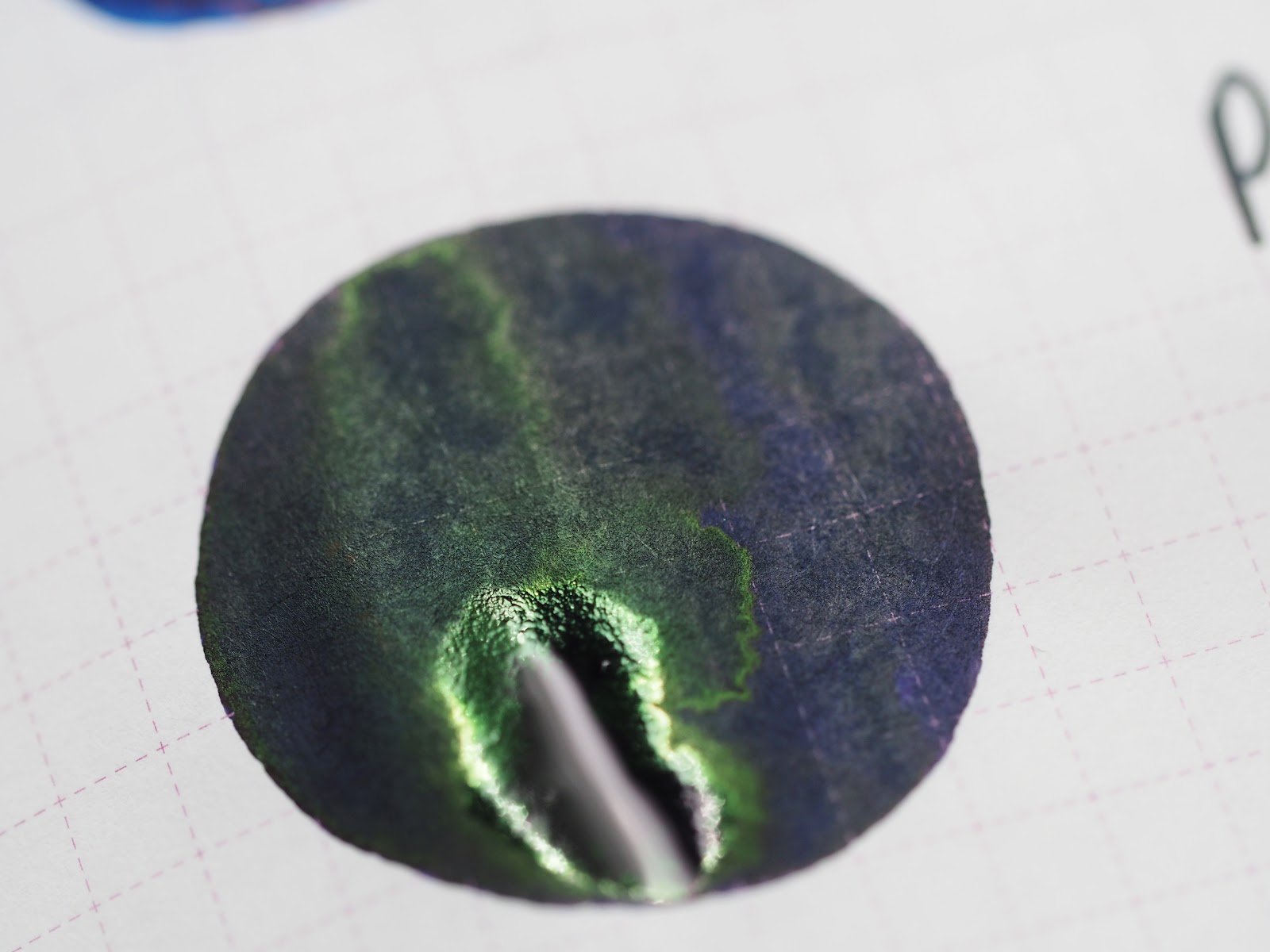 Ebony Purple is an almost black purple with a green sheen. 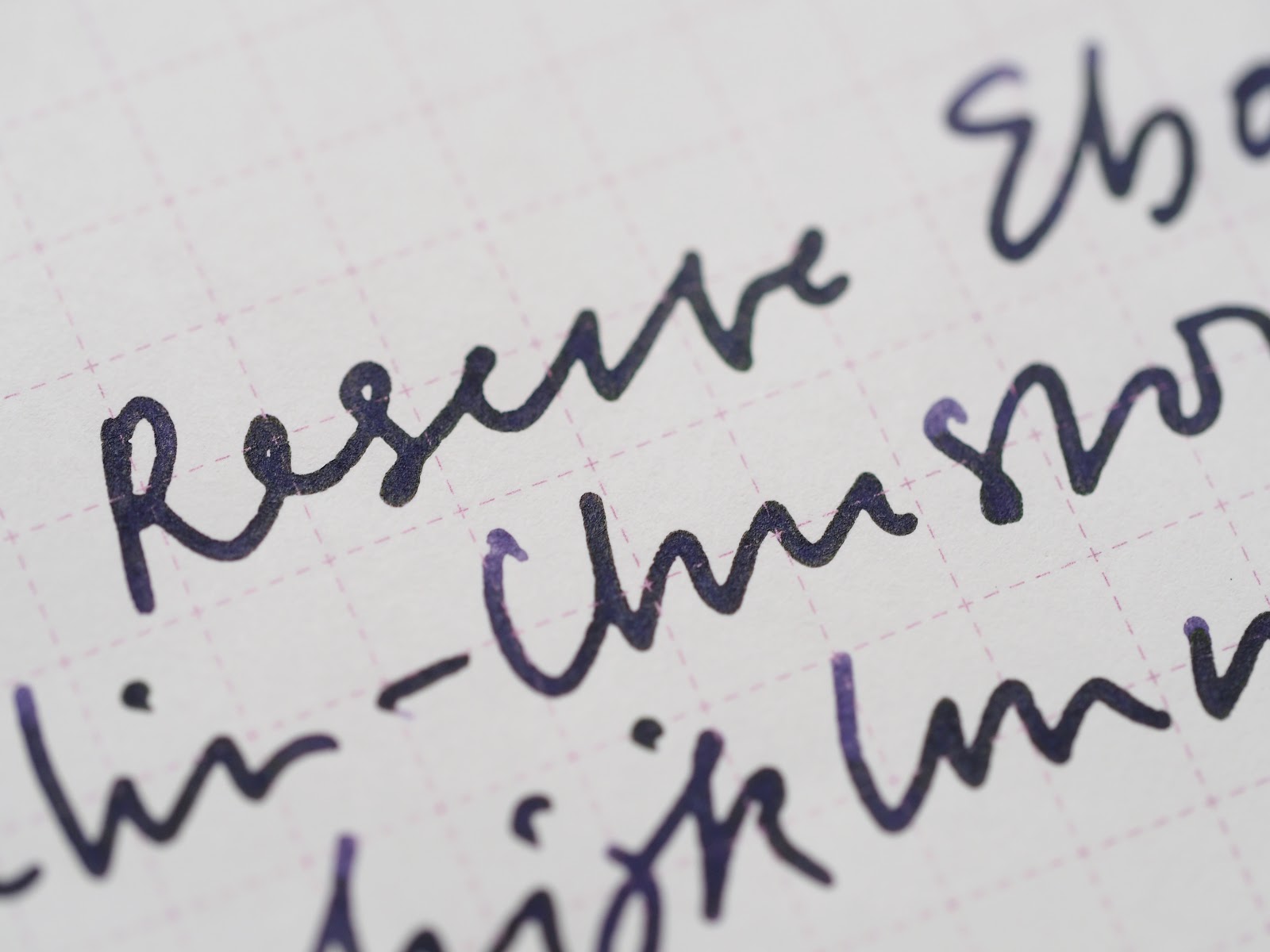 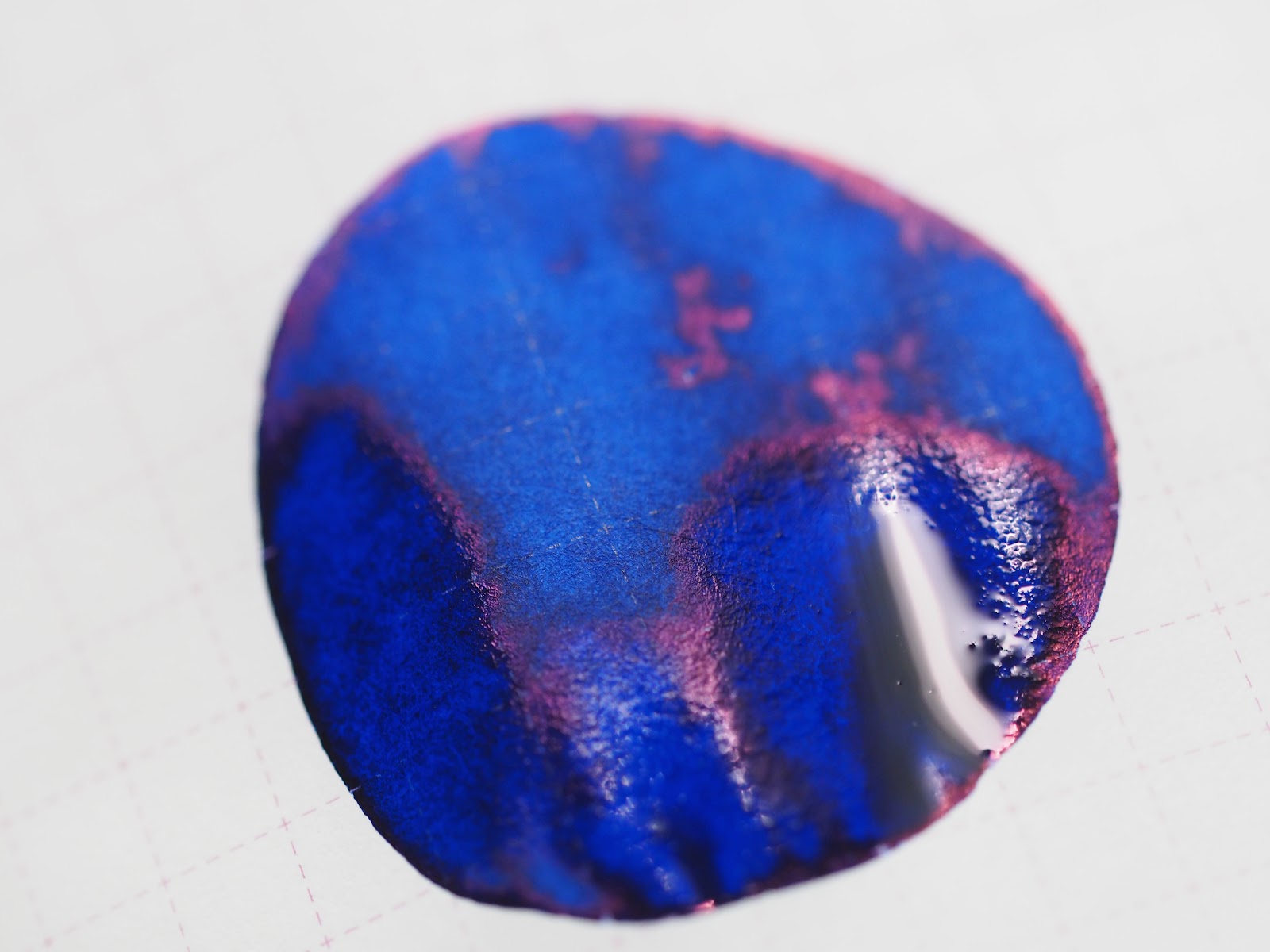 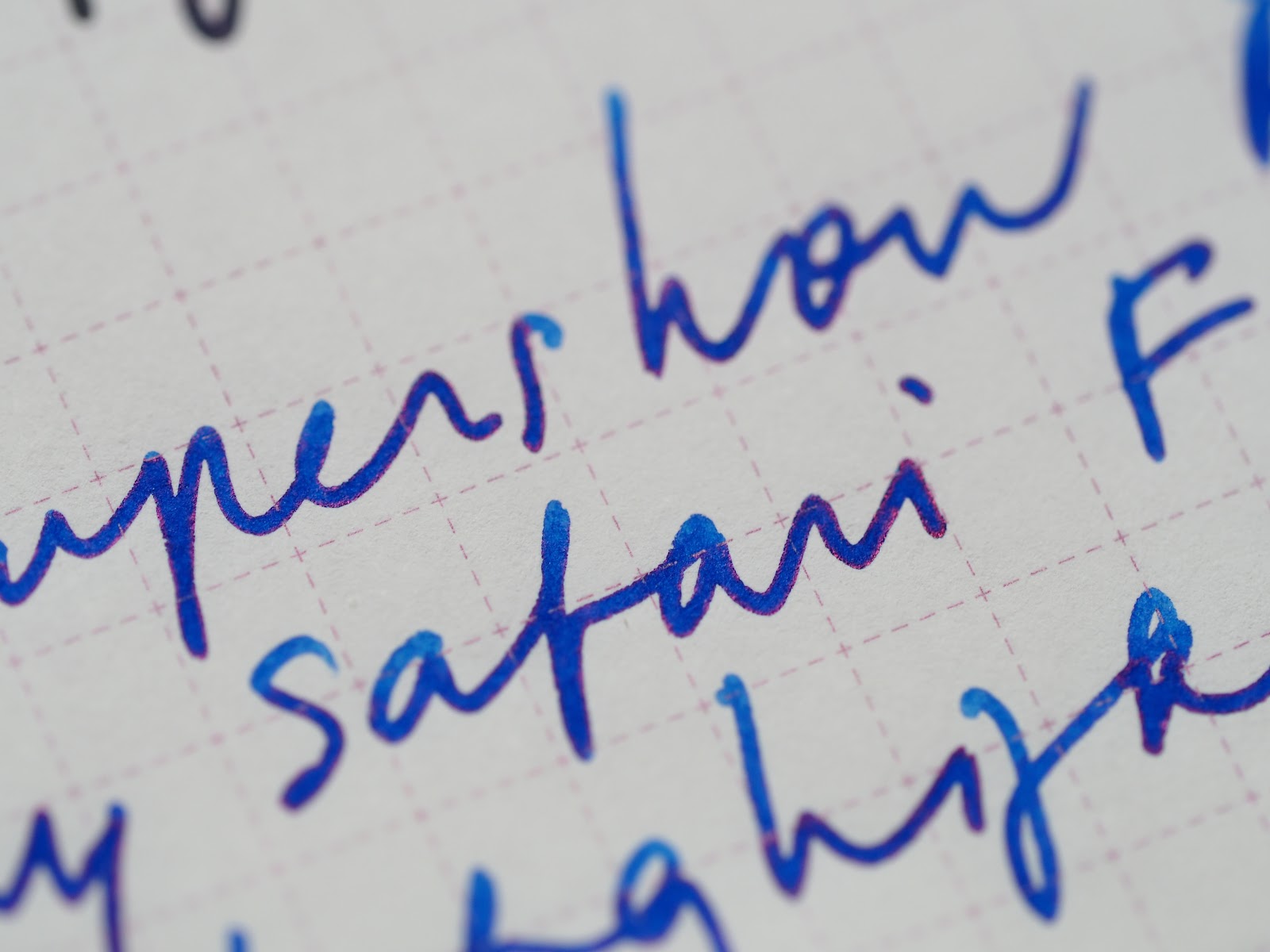 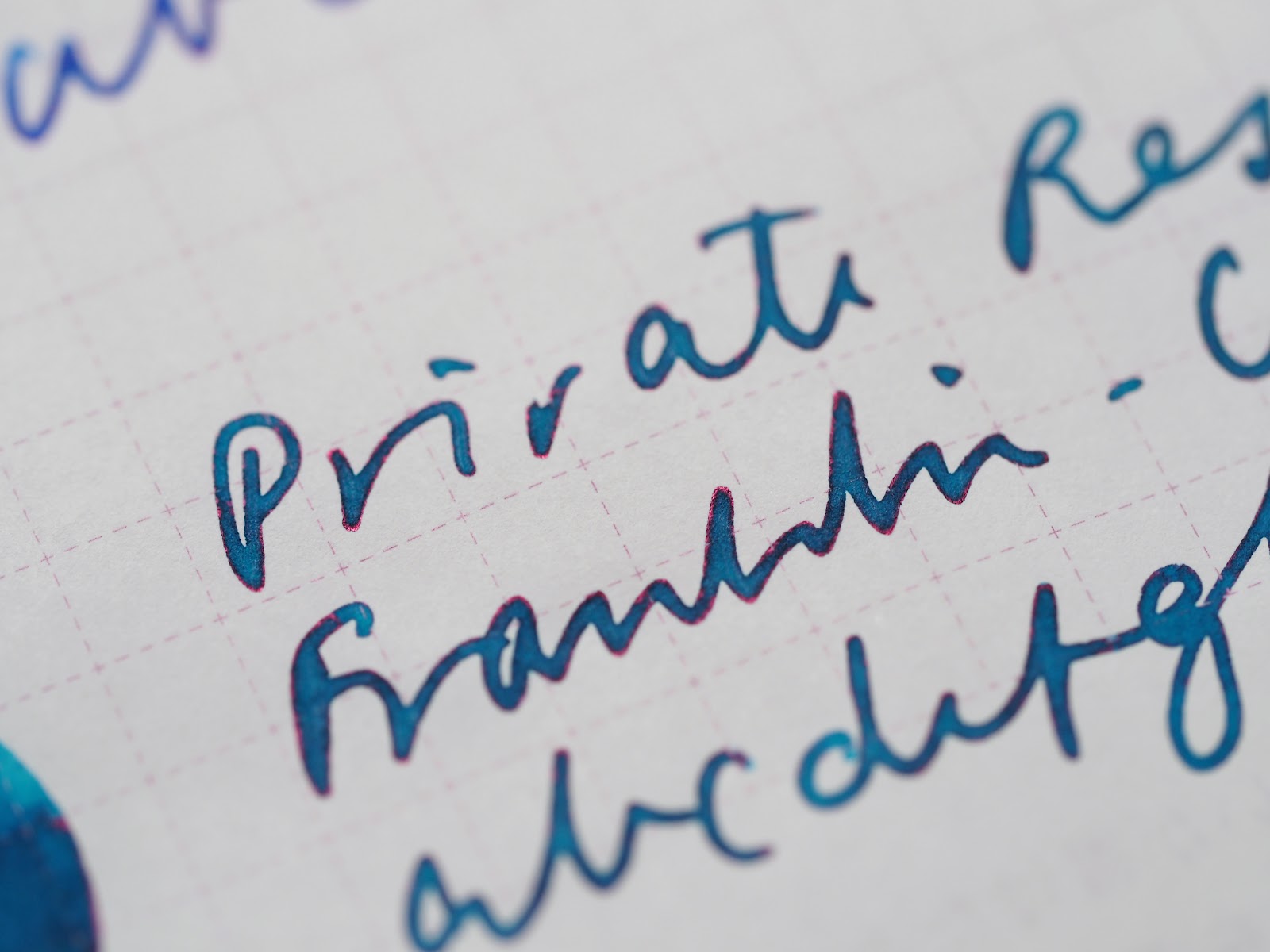 And Blue Suede—I’d forgotten about this one. A stunning deep turquoise with sheen. This one is a real beauty. 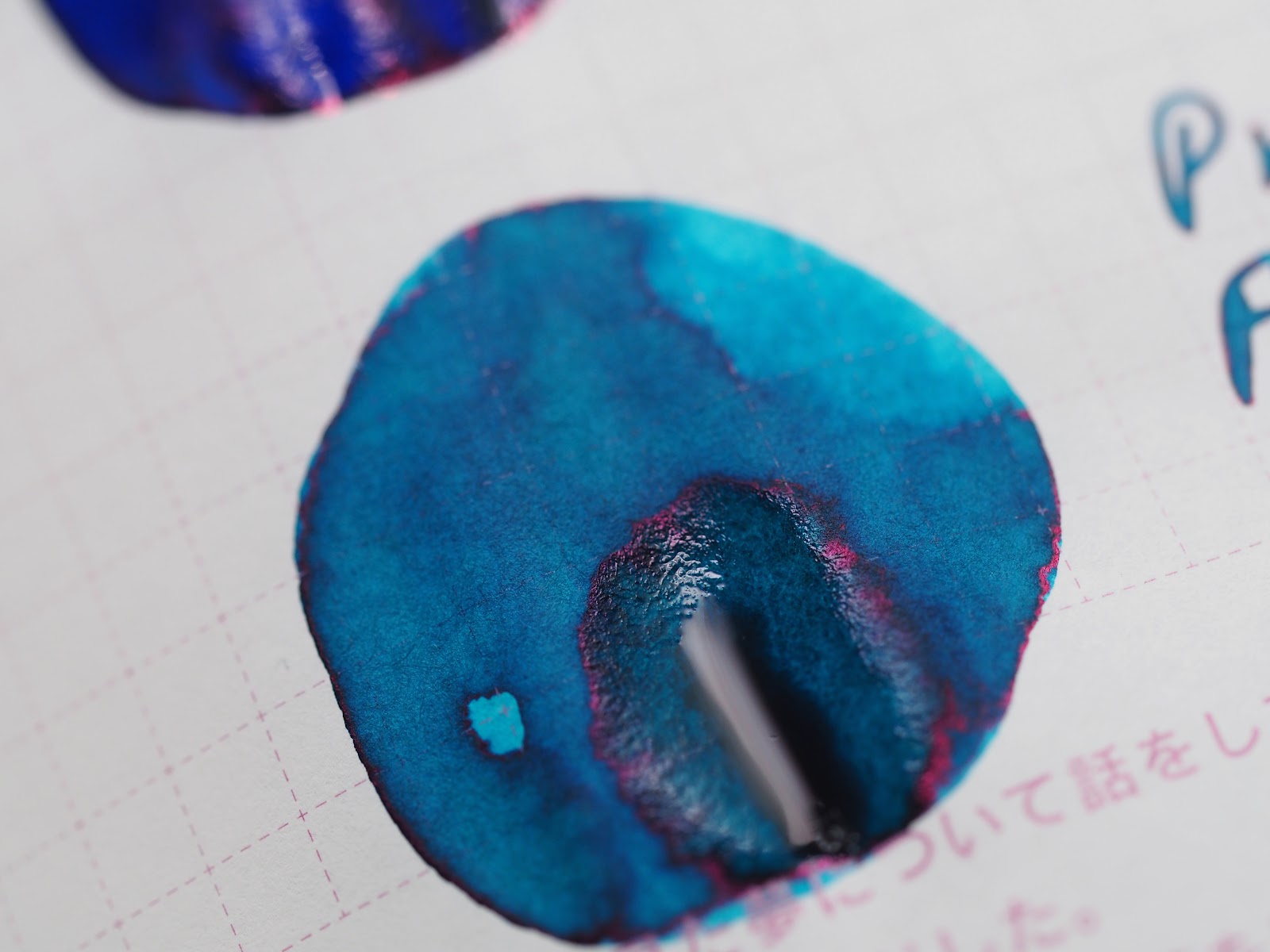 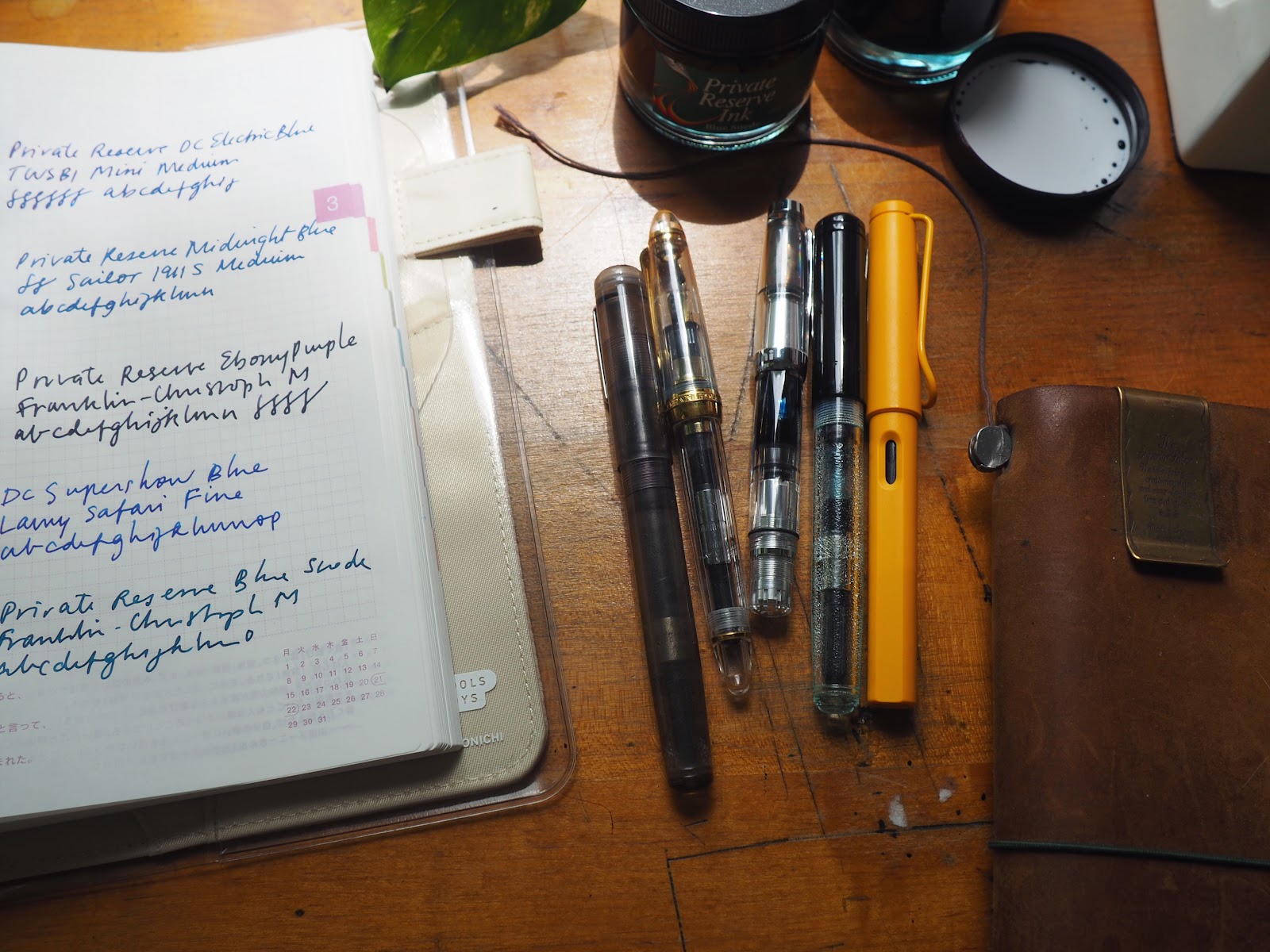 If you’re not certain, we of course have samples, and they’re fun to try even if you don’t end up wanting a whole bottle. In the hunt for the perfect blue in particular, Private Reserve has added a few contenders. I recall Avocado as being one of my favourite green inks early on, competing with Noodler’s Army Green and Sailor Epinard.

In any case, we are continuing to march on. There is no real or meaningful update to our plans to reopen other than that we are continuing to work on it, prepping the front, prepping the supplies, getting everything ready. I see lots of reminders on social media for people to be polite and courteous to staff at patios and restaurants and shops and this is all well and good, however I feel like in a niche shop like ours, we sort of already have an understanding as a community. We’re ever so slightly beyond polite and moving towards ‘it’s been a year and a half since I’ve seen you!’ Or putting a face to a name we’ve seen in our order queue and on instagram or online a dozen times.

That’s not to say that we don’t share the same struggles as other shops, but it is to say that are we ever grateful to have a community that knows us and knows our staff and follows along with us. How enormously fortunate we are to have people continuing to support us even after a year of closed doors and precarious times all around. 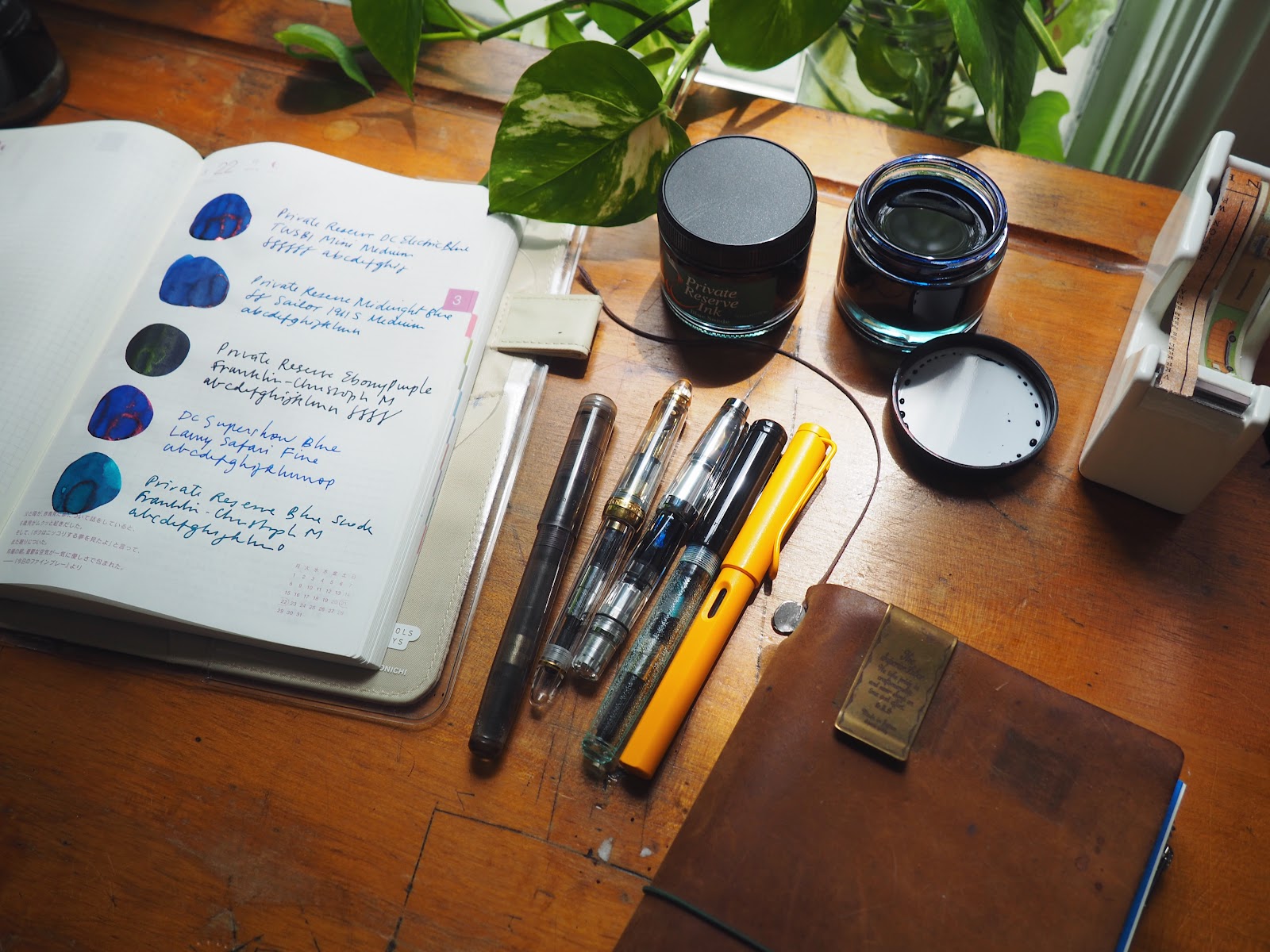 Great that you got to the new Private Reserve inks in the blog! One thing not mentioned is how much bigger the new bottles are compared to the old. My old PR bottles don’t have a measurement but the new ones are 60 ml/2.03 oz. I got three new bottles, so good thing that I use a lot of PR Ebony Purple; but it was a surprise. thanks as always for the great blogs and website!
D.