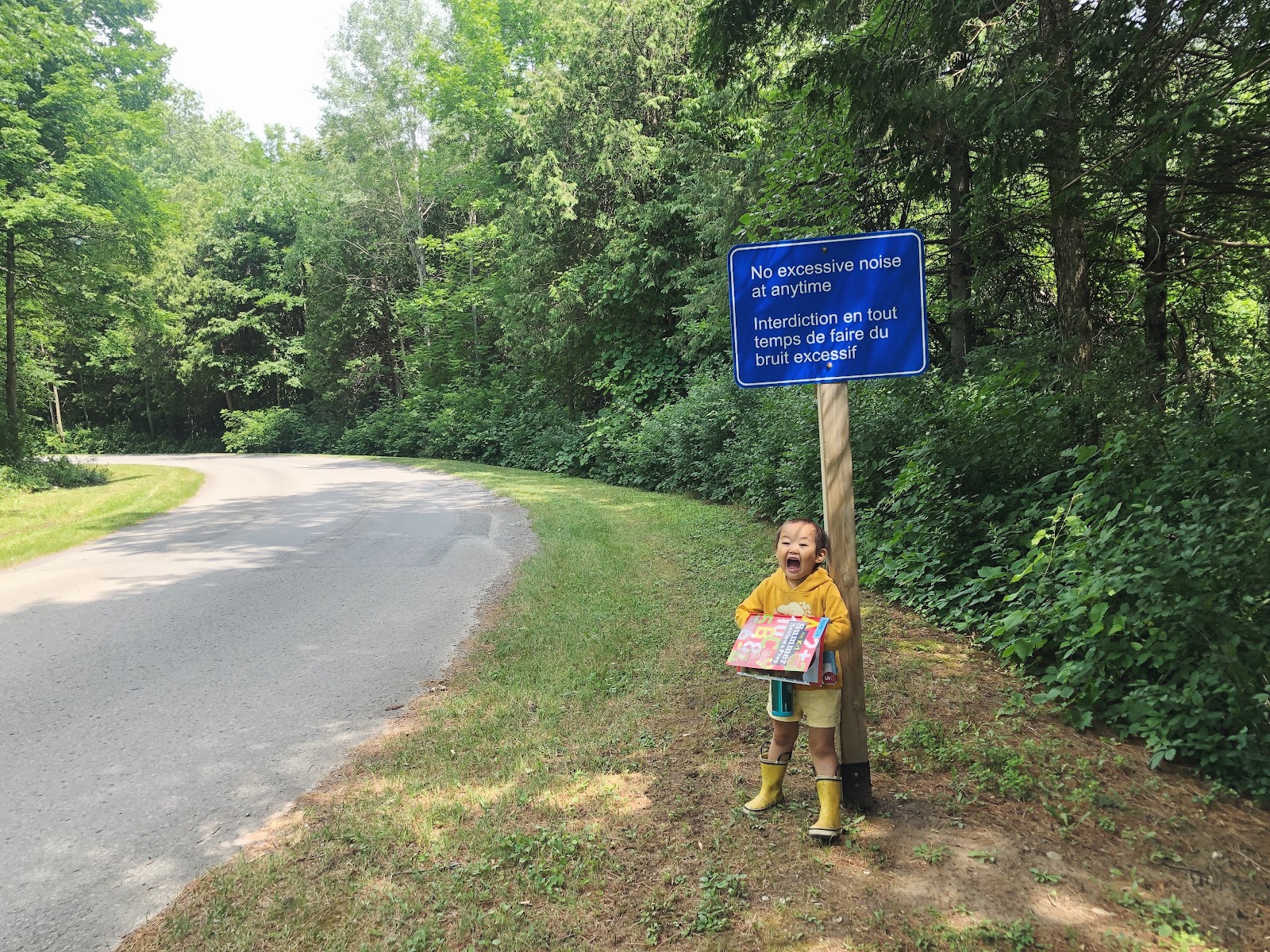 We went camping! It’s always fun, even if it’s a ton of work and more expensive than you think it ought to be, mostly because we are frauds and require air mattresses and extra snacks and paper towels. At home, and even at the shop, we’ve never used paper towels—we’ve always used washable cloths, of which we have lots. It was so strange that the kids didn’t even know what paper towel was, and for the duration of the trip, referring to it as the big toilet paper. 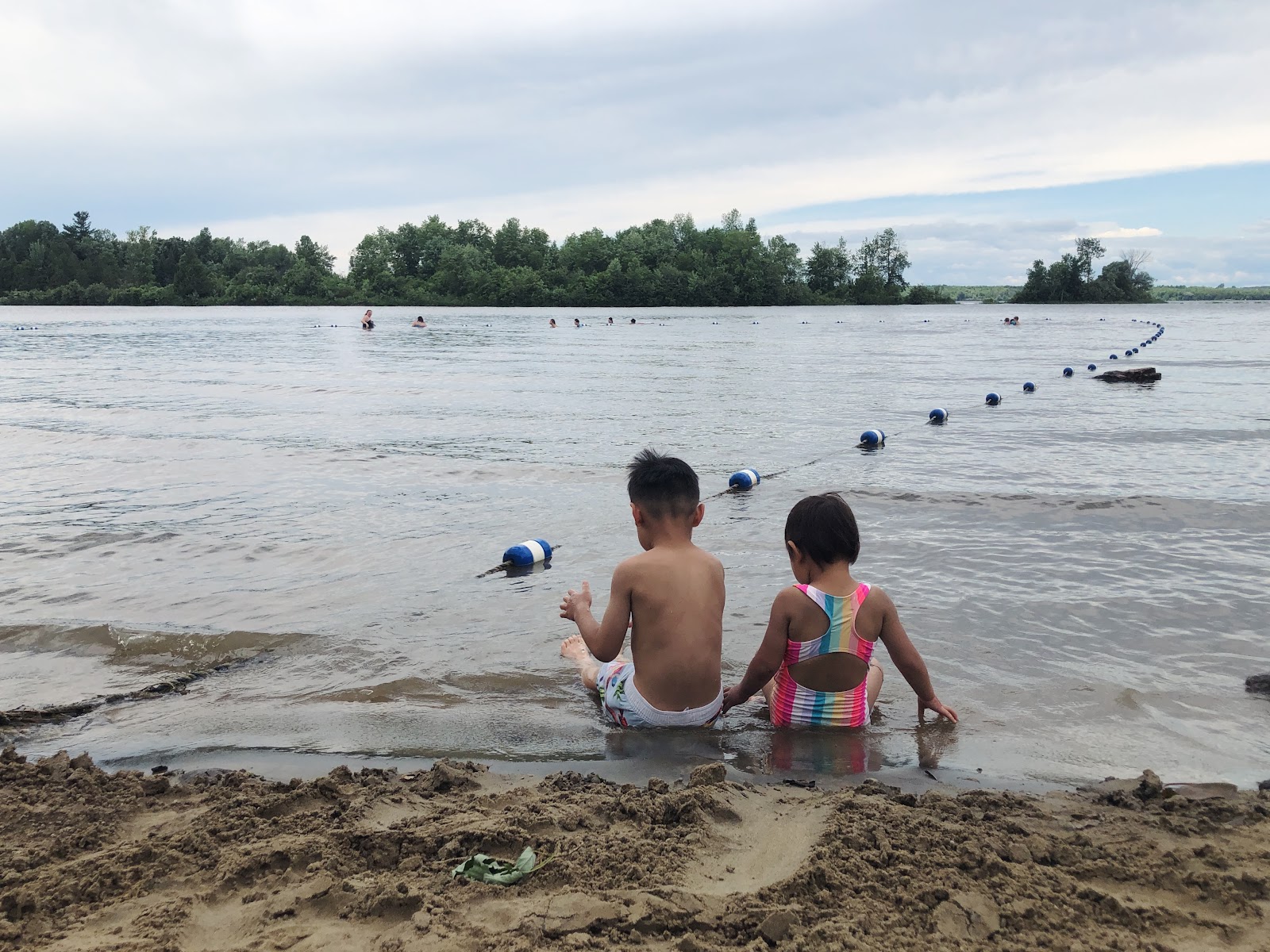 We had great weather, avoiding the rain that was forecasted and even really oppressive sun. It was warm and overcast the whole time we were there. The kids loved the water, and this is basically all we do when we go camping, is find the beach over and over again.

As always we brought too much food, and as always, anything cooked over a campfire tastes better than when we cook at home. 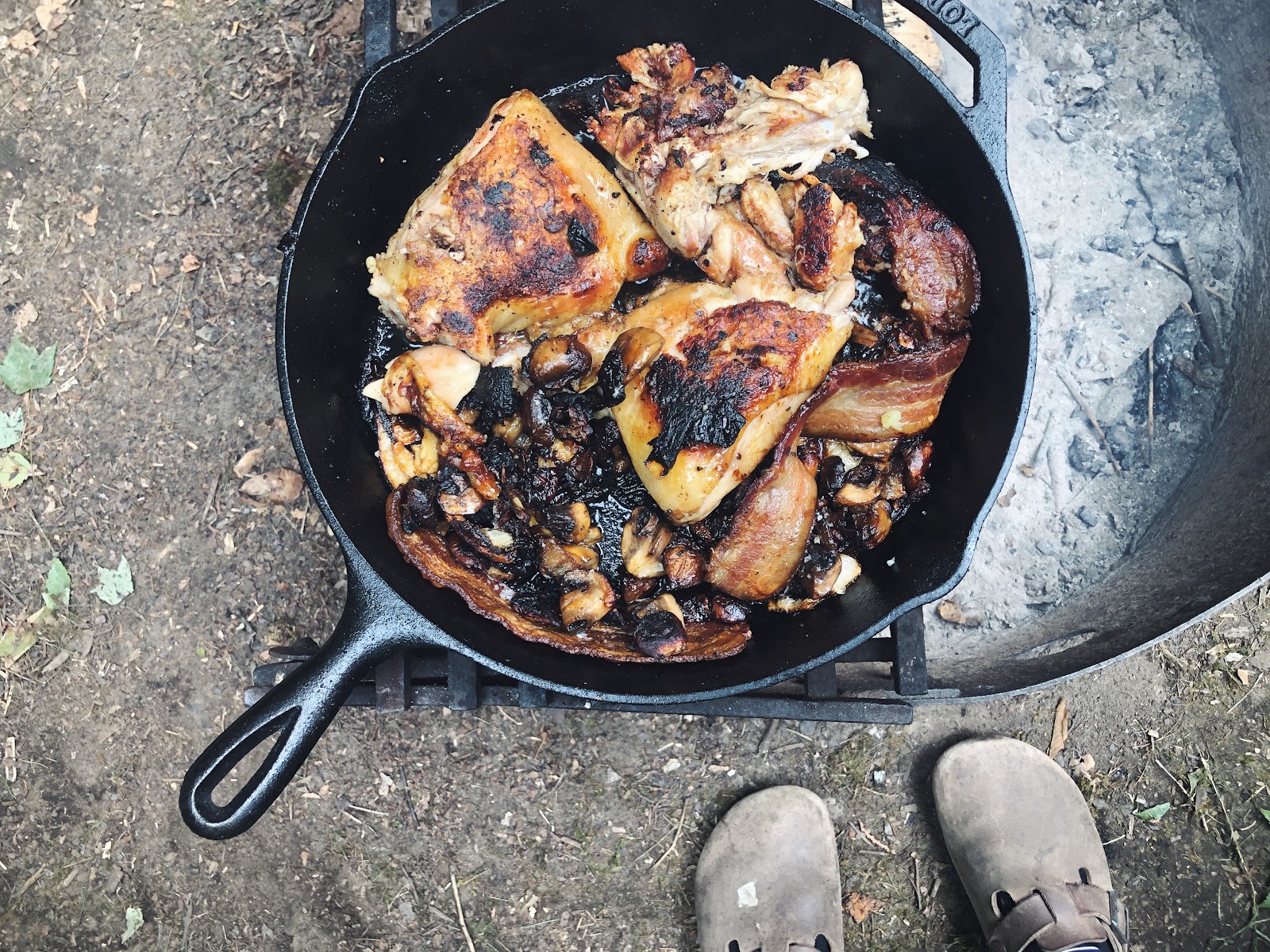 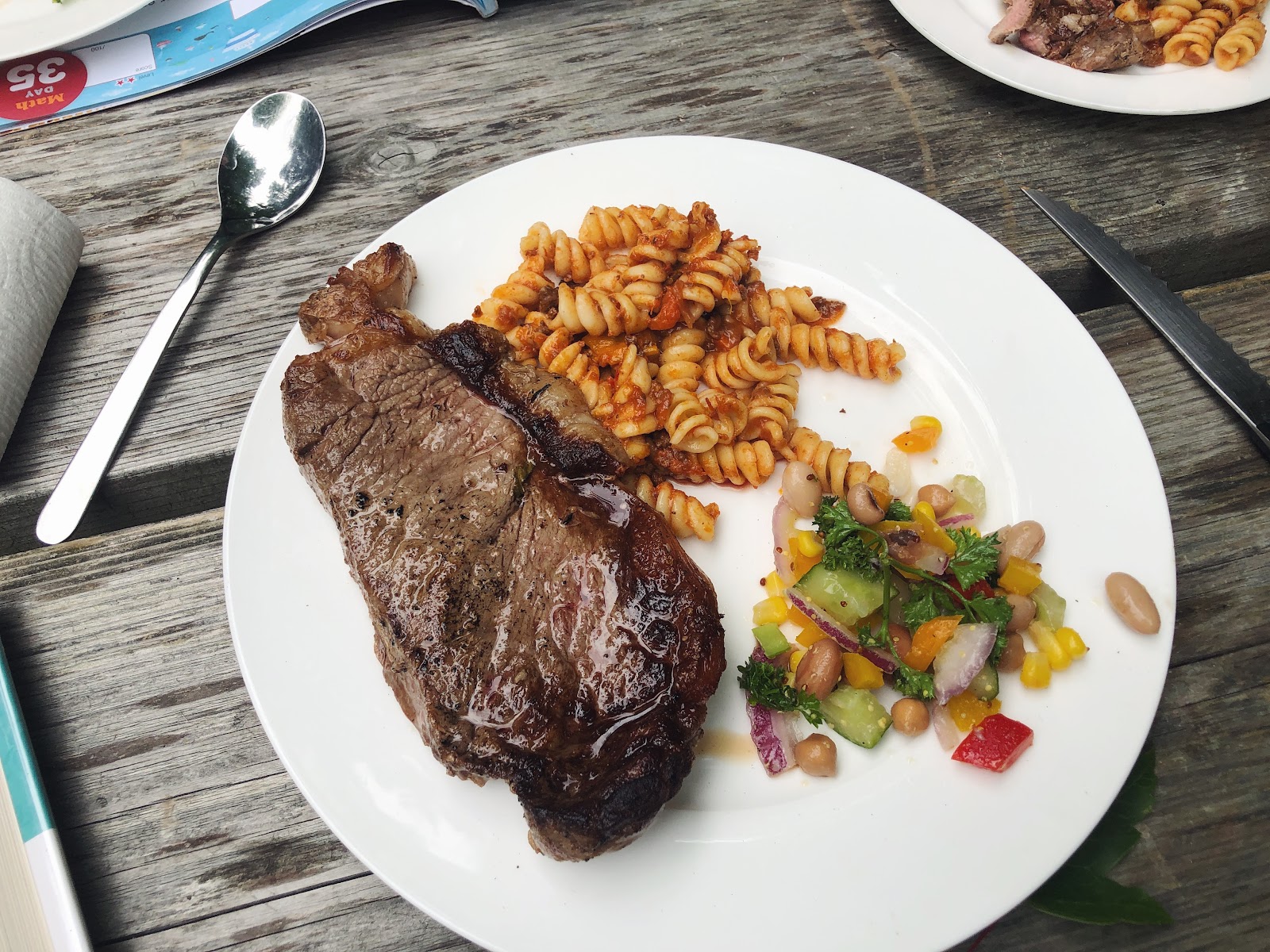 Jon and I have this long-standing debate about the best strategy to roast a marshmallow. He prefers to set it on fire and then blow it out, when obviously slow and steady and golden brown produces vastly, vastly superior results. When you set it on fire the outside is burned and the inside isn’t melted or even warm. Not sure how you could even compare the two. 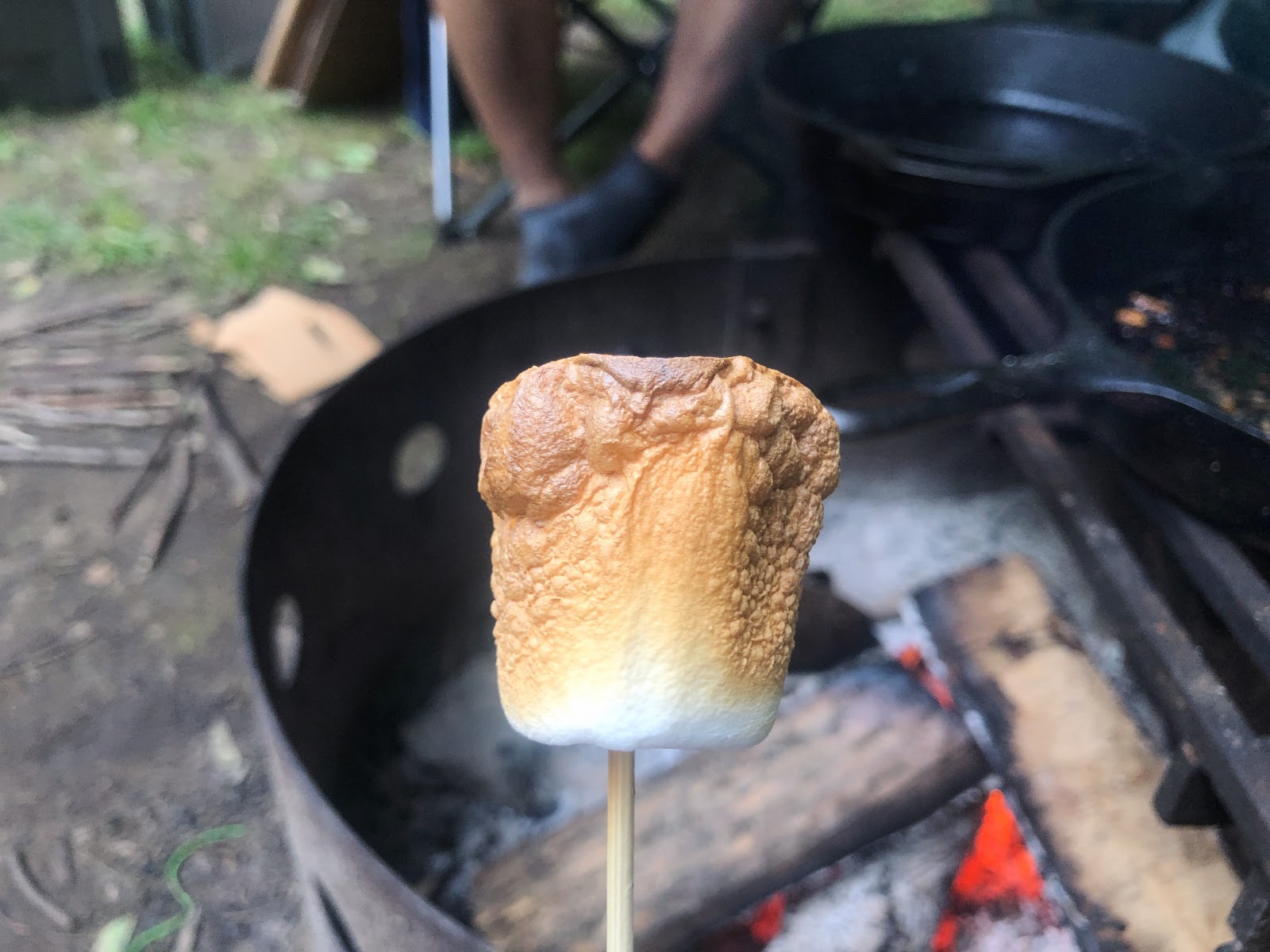 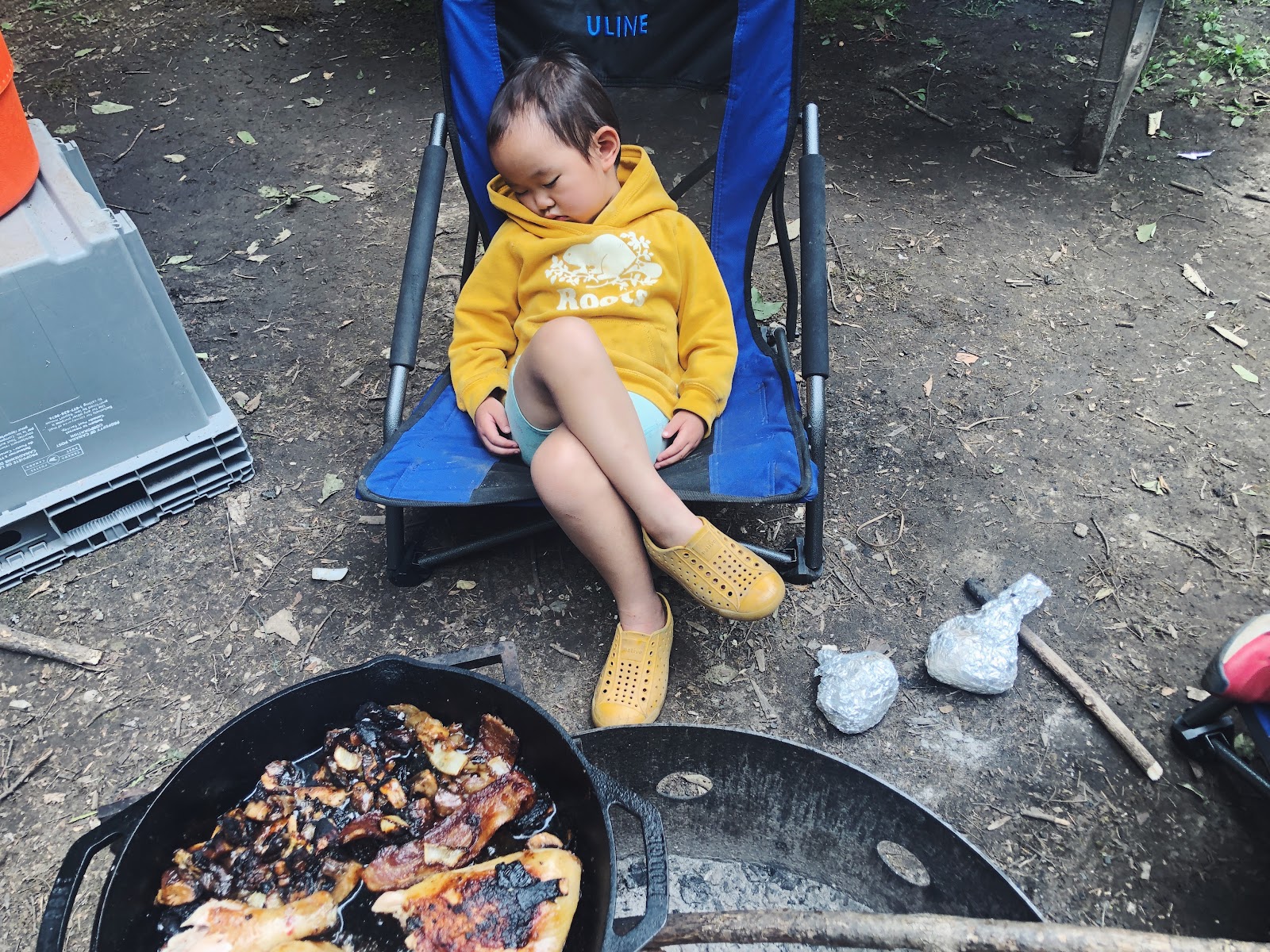 On our last day as we were packing up, we had the cutest visitor. He wandered alone into our campsite, without any of his humans. He had been in the mud but was all whiskery and friendly, with these giant ears. He was clearly gunning for snacks. In this photo his ears look mostly normal but in person his ears did seem exceptionally large and upright. We ended up having to call the park ranger, who came and picked up the dog before we could bring him home with us. 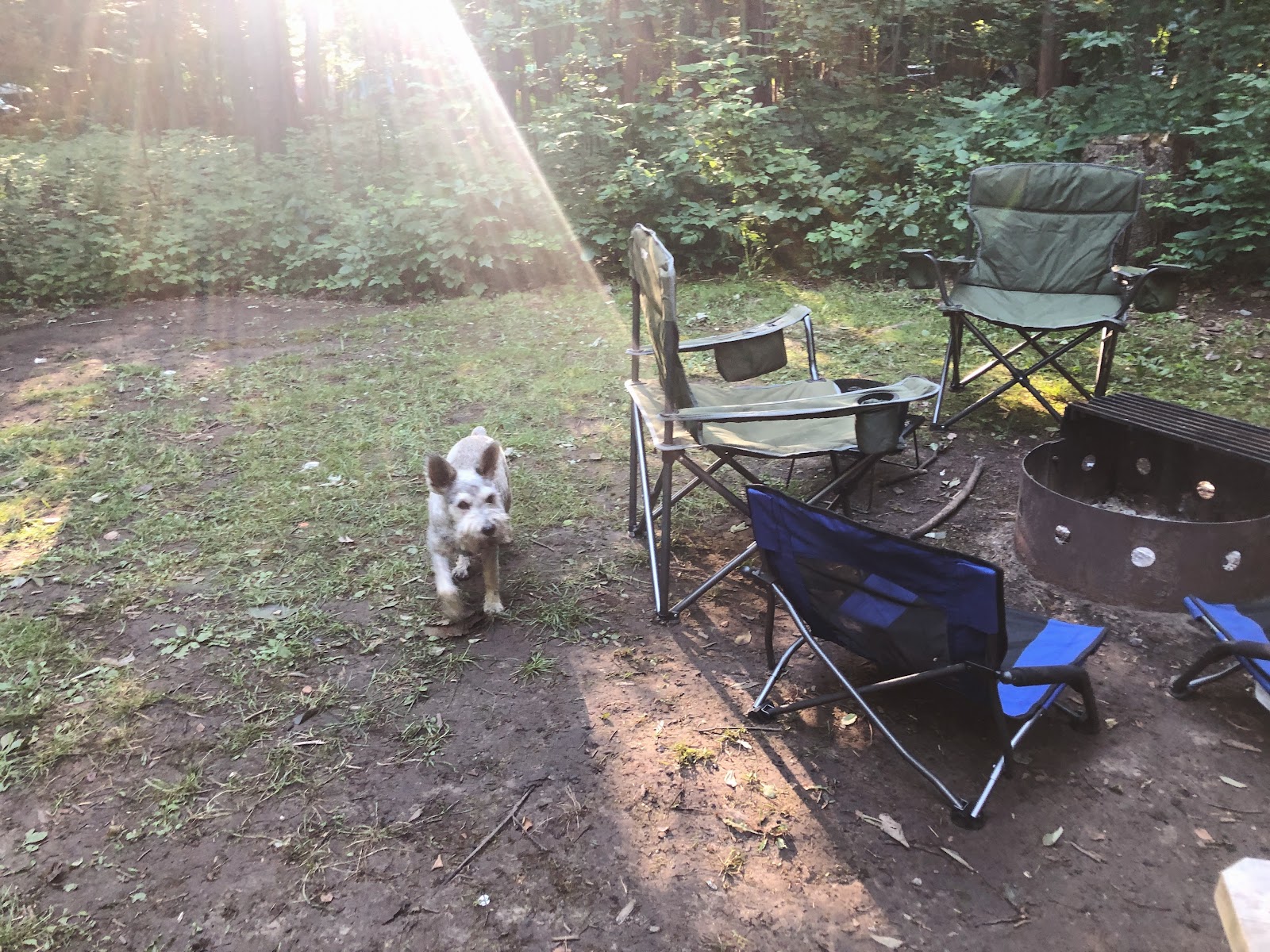 For the longest time I’ve been trying to convince Jon that the phrase is “en route” instead of “on route” but there are a series of service stations along the 401 that are called “ONroute.” He’s taken this to mean that on route is okay, and I’ve taken it to mean that some developer was being clever about being en route in the province of Ontario. We are, after all, in the city of CafeTO, MoveTO, RecoveryTO, VaxTO, and on and on.

In any case, it was exhausting and gruelling and for two days the water pipe in our campsite loop was closed so we had to go to the comfort station (“comfort” station) lugging our jugs of water back and there were bugs in the tent and our firewood was wet so we had lots of smoky fires and it seemed like the car was actually more full when we left than when we first packed it, and it was all glorious. We can’t wait to do it again. 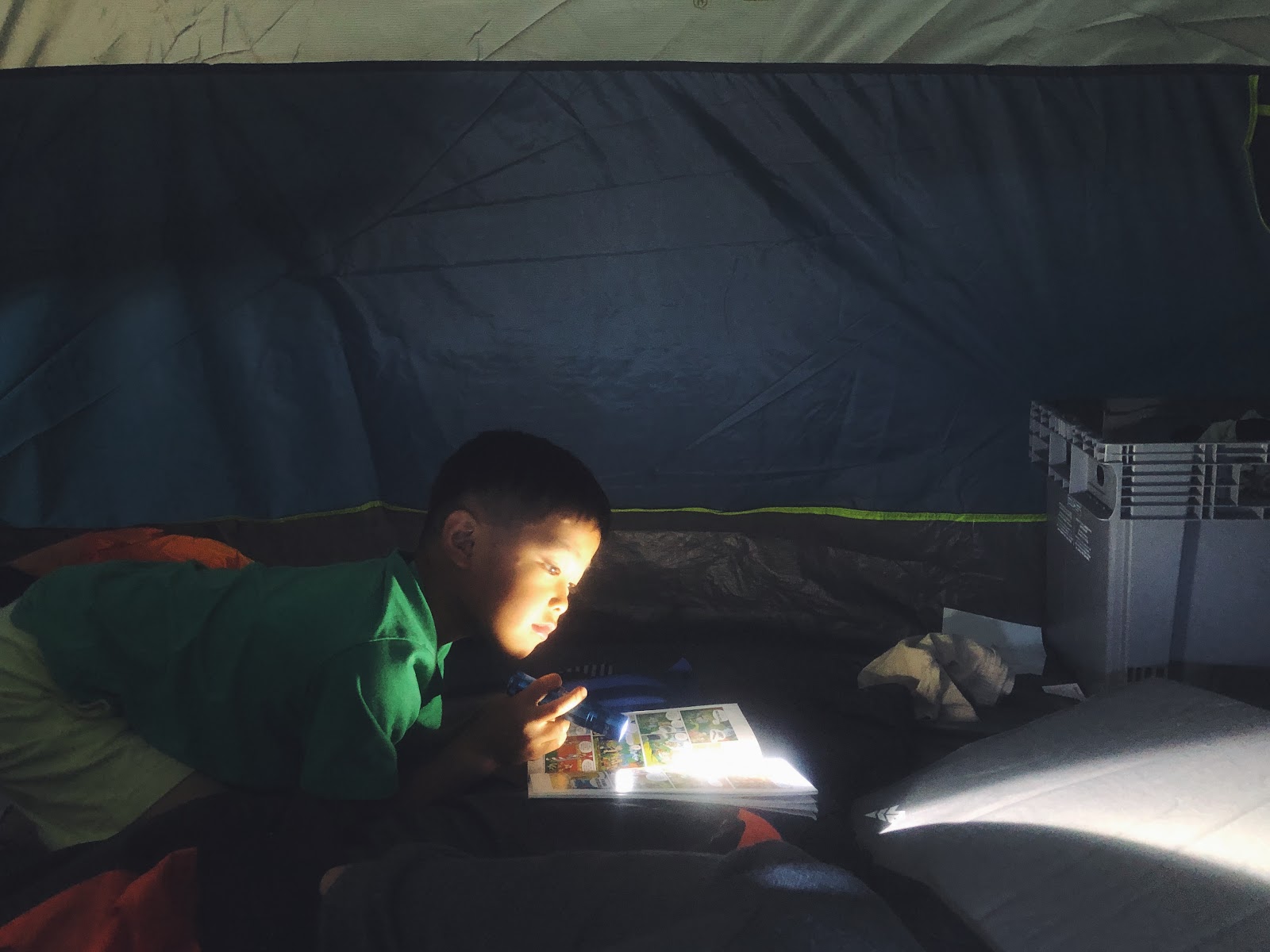 Enjoyed reading about your camping trip. I had to laugh at the car looking more full going home. Been there done that!