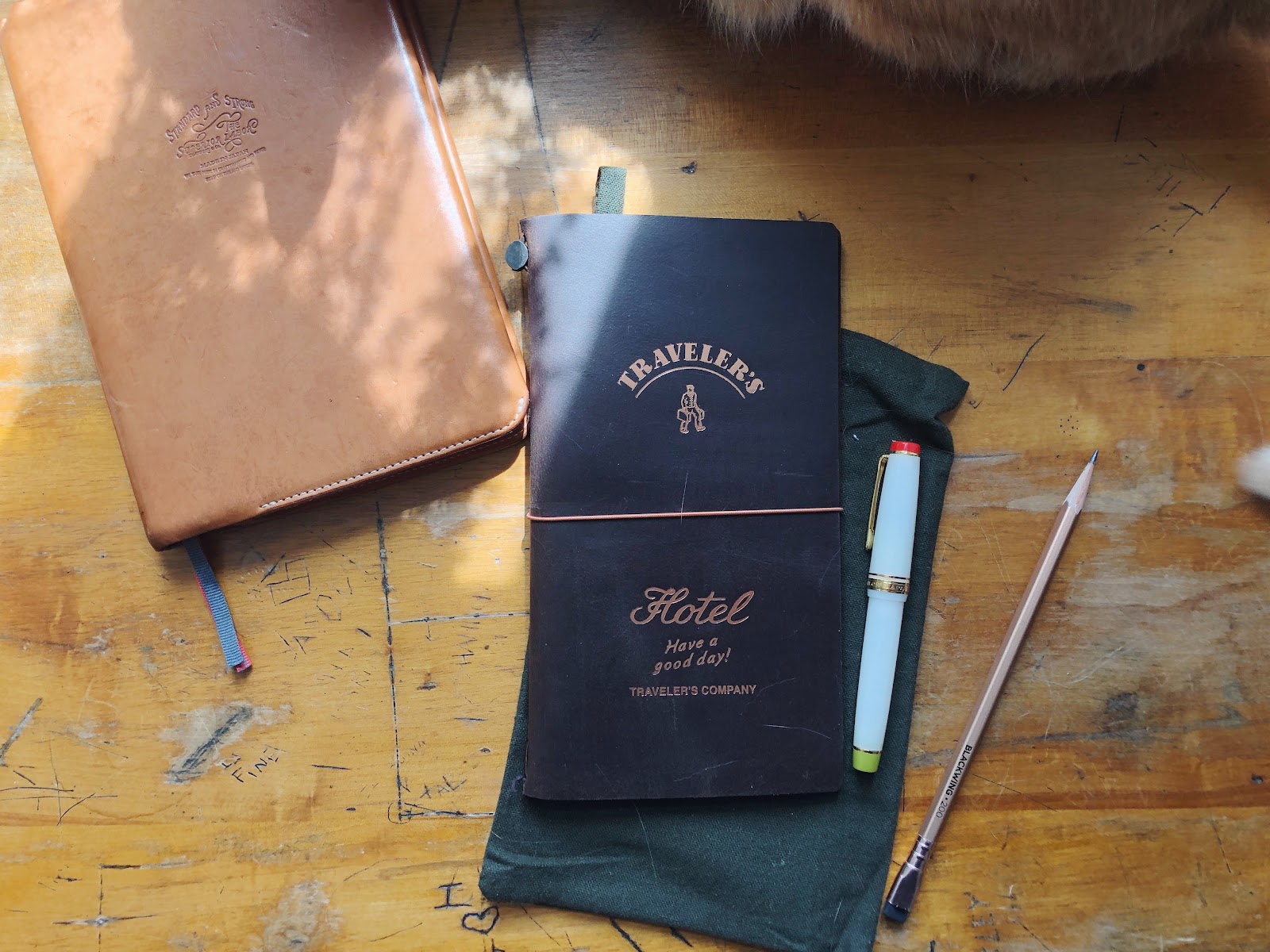 We got in these very exciting Traveler’s Notebook Limited Edition Sets, and as is usual, I took a few photos, but by the time I got around to a blog post they were all sold out. These ones actually sold out extremely quickly, Traveler’s Notebook users not known for sitting around when there are limited edition things at hand, but we got in a second shipment, and months later, I am prepared.

There are four sets, two Regular sized and two Passport. It was hard to choose, and I spent a long time ruminating on it. I think I am a train person, although I do love flying as well. I’m told that when you have to fly frequently for work the sheen wears off quickly, but I do not have to fly frequently, so airplane food and reading in waiting areas is still very sheeny for me. I absolutely love trains though: sitting beside a window while the countryside is passing you by, the dome car on the ViaRail through the Rockies, the dining car, the romance of train travel through history. However, I am more of a Regular sized TN user, all the thoughts in my head not able to be contained within a Passport, so I…ended up going with the Hotel because I don’t have a brown one yet. These are the intelligent ruminations of your local stationery clerk. 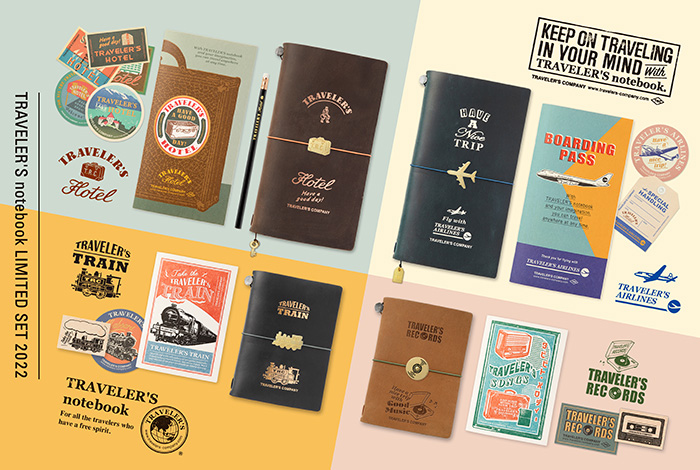 Each set came with a number of special stickers and items. I wish I had taken a picture of them first, but I tucked them away somewhere “safe” for the renovation, and now I have no idea where they are. I suppose in a decade they will be a delightful surprise to unearth.

If you’ve been thinking about a Traveler’s Notebook, this is a fun way to start, with a special edition, or even if you’re just looking for some inspiration, a new notebook to get you started again. I’ve come to realize that special editions are not necessarily so valuable because they are limited in quantity, but that they mark a particular season or period of your life. If you end up with one of these, I hope it serves you well, earning that beautiful patina, and that it will be the beginning of a long season of words and stories and dreams. 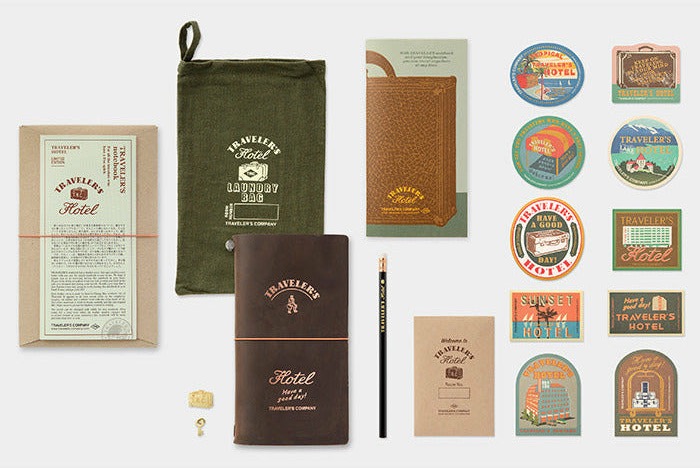 Here we are in a Toronto hotel, which we stayed in for one night as a special and extremely exhausting treat for the kids. I’m not joking when I say that it was not just so I could take satisfyingly appropriate photos with my new Traveler’s Notebook, but who would believe me. 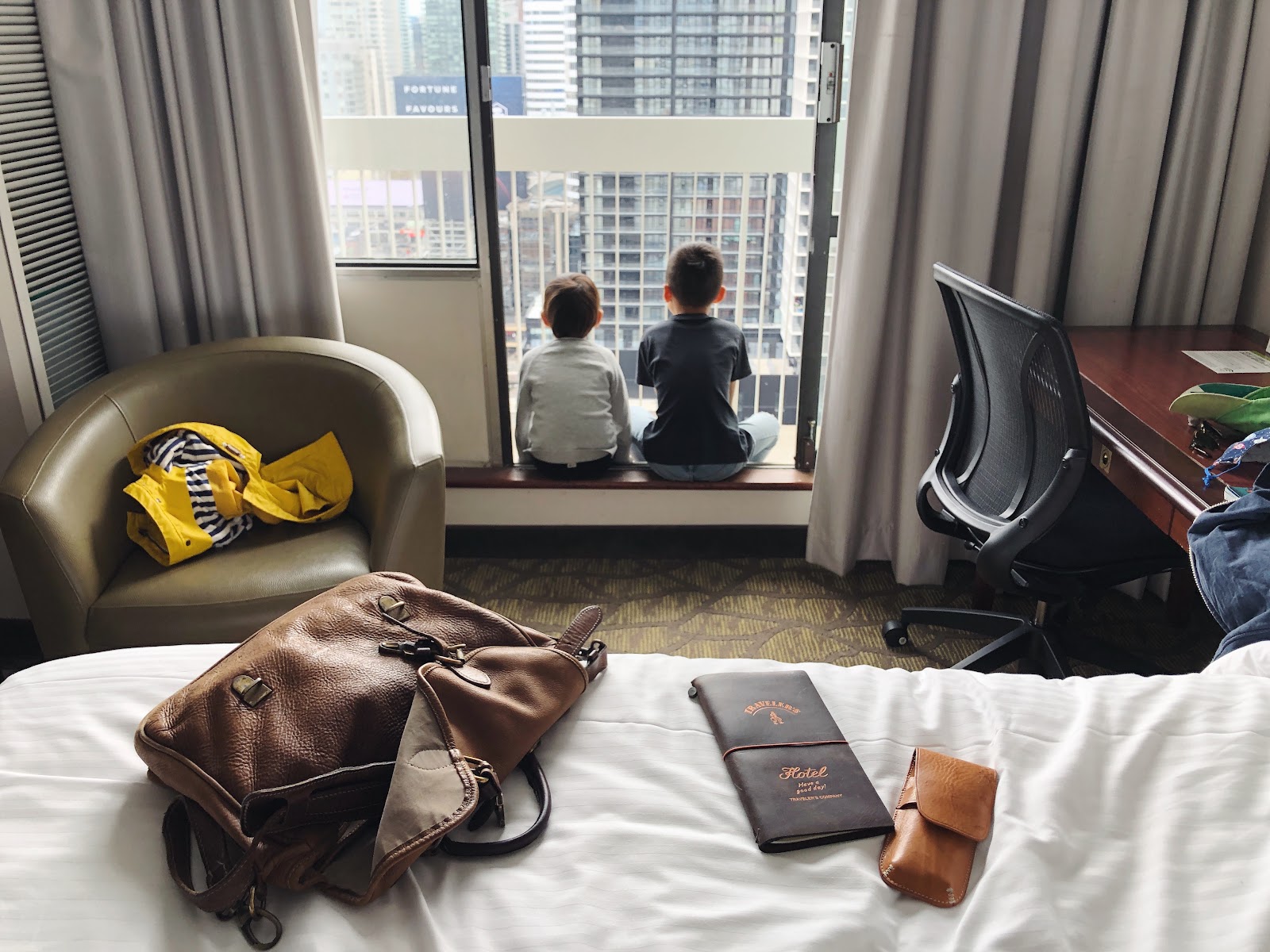 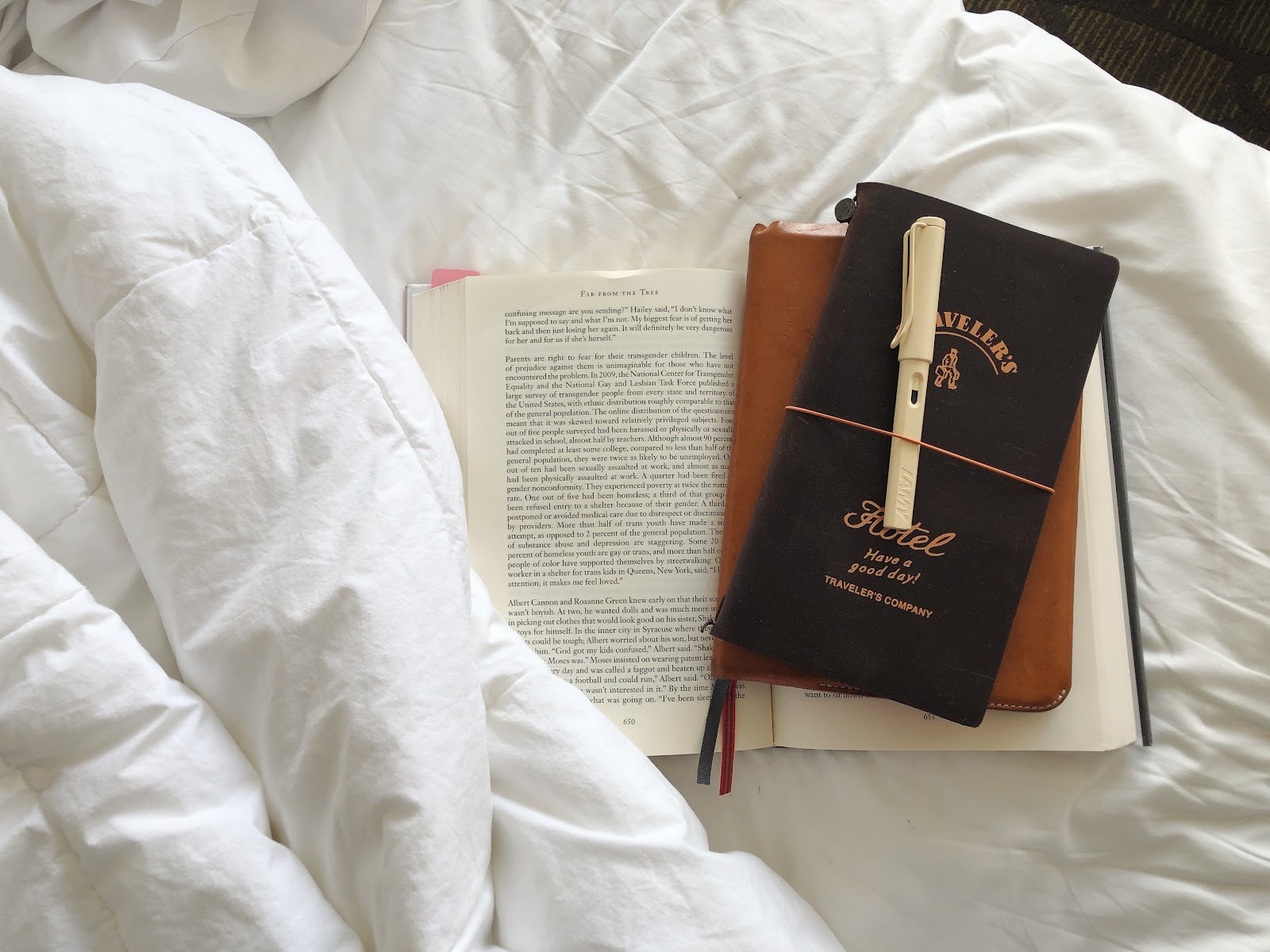 And just for fun, here is a picture of Tuna. Normally he likes to sit on the window sill, looking out at the world and waiting for Chicken to return, but sometimes he also likes to be close to the butter, for an occasional snack while he’s waiting. I love him so! I could gobble him up, invite Chicken to share in the snack. I am going off the rails a bit, clearly, but what a cat. 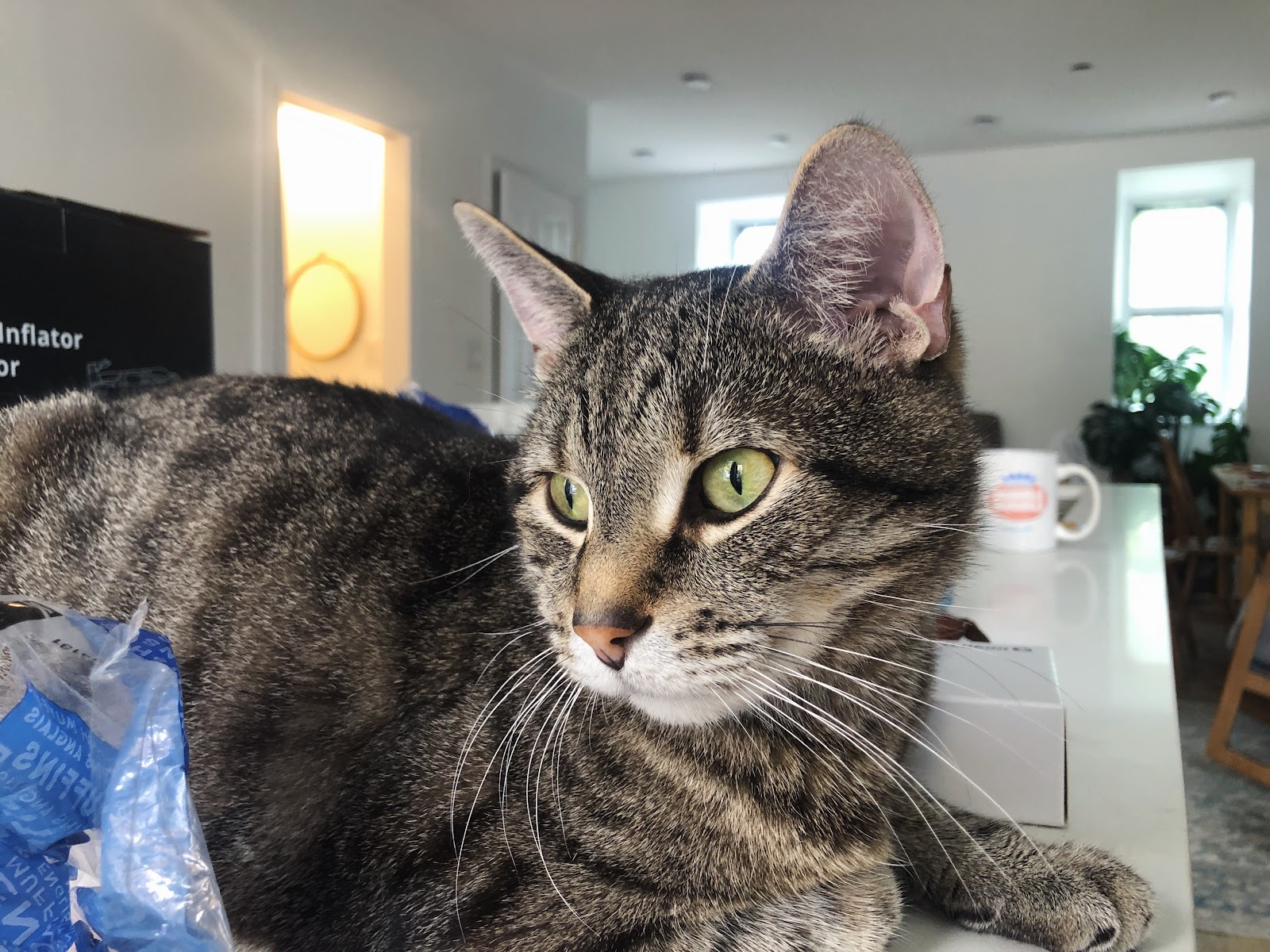