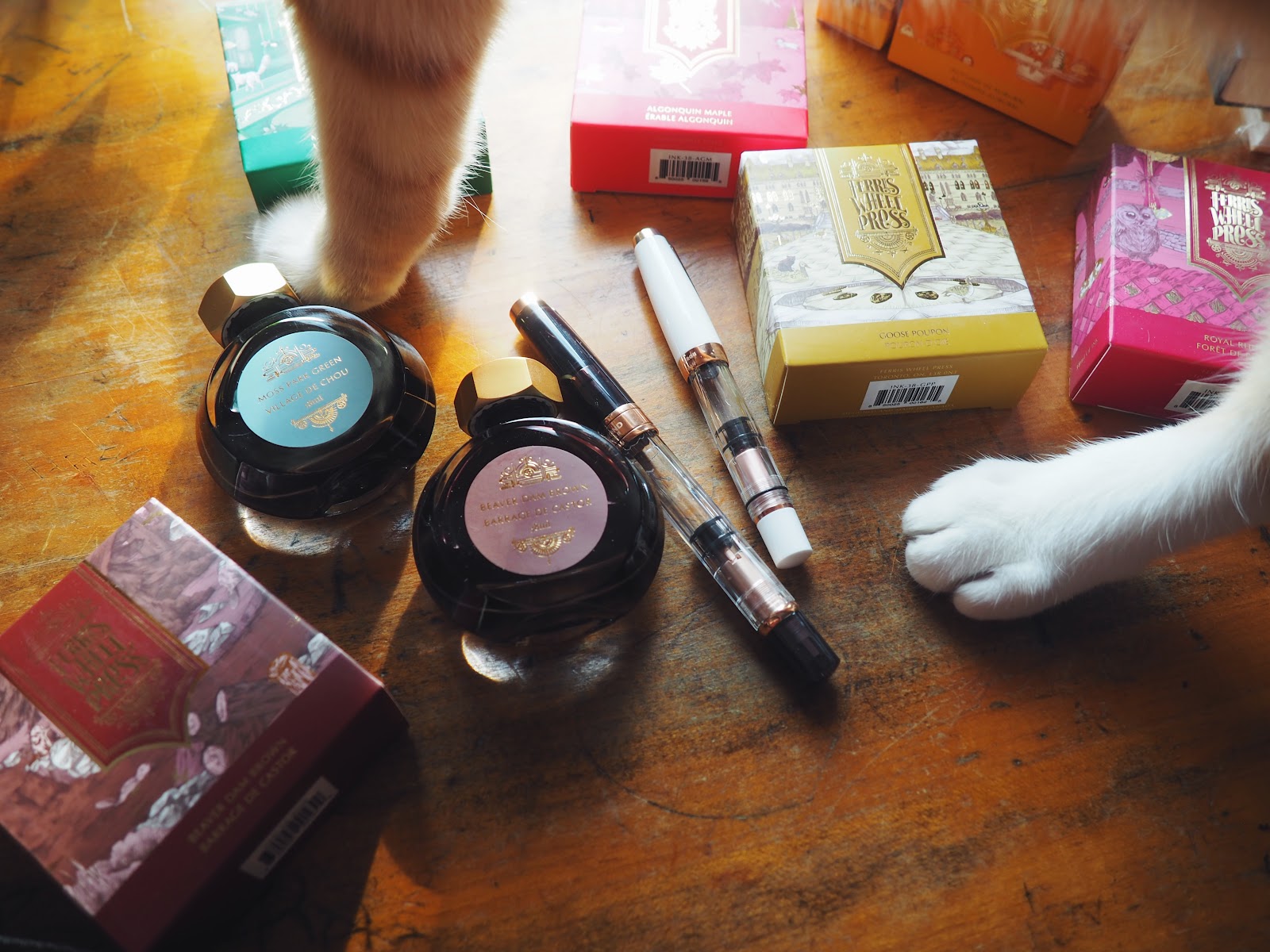 Recently, Ferris Wheel Press has released three new inks in their Morningside series. They’re beautiful and subtle and elegant, and I certainly mean to do a blog post on them soon. Then again, these inks are moving off the shelves and doing quite well without me, so perhaps I’m just wafting in the wind after all.

Some time before this, now about two seasons ago, they also released two series of special edition inks that we’ve been excited to have in our shop for these two past seasons, and they have also launched a new bottle size. Always doing new things, those creative folks at Ferris Wheel Press, who happen to be just north of us. It might as well be a million miles for all the moving around we’re doing these days, but they’re our neighbours, pandemic or not. Instead of the larger, spherical 85 mL bottles of the standard line, these new special edition inks are available from us in a flatter 38 mL bottle. Their bottles and boxes are always gorgeous, and special edition inks are always fun. 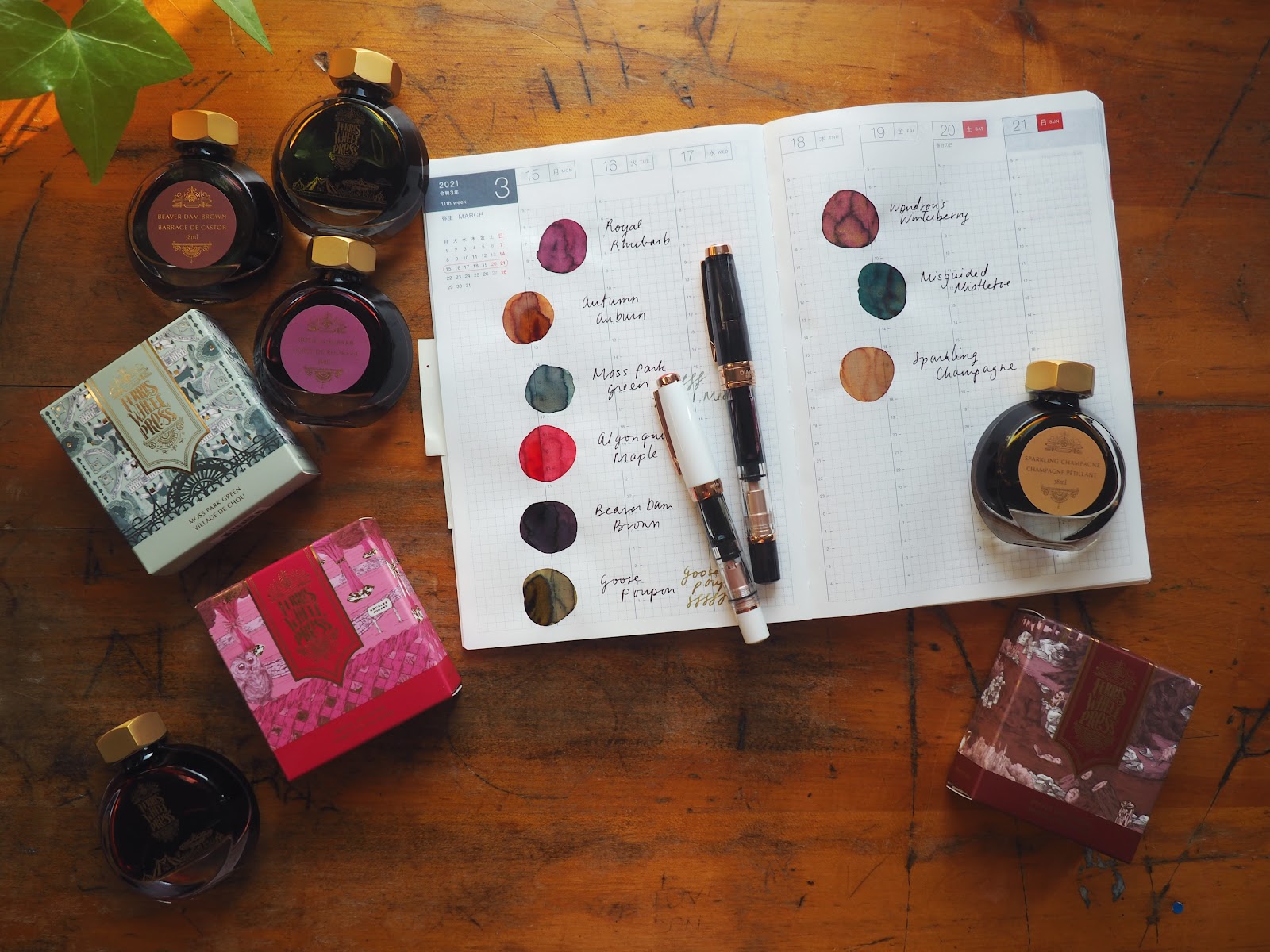 In this blog post, I’ve done swabs of the Autumn release as well as their three Winter inks, but unfortunately I did not have it together to do writing samples of each of them. I’m being overrun by both life and half dried up pens. Hopefully the swabs will give you an idea of the ink, and of course they’re all available in 2mL ink samples if you want to make sure they’re right for you before committing to a bottle. 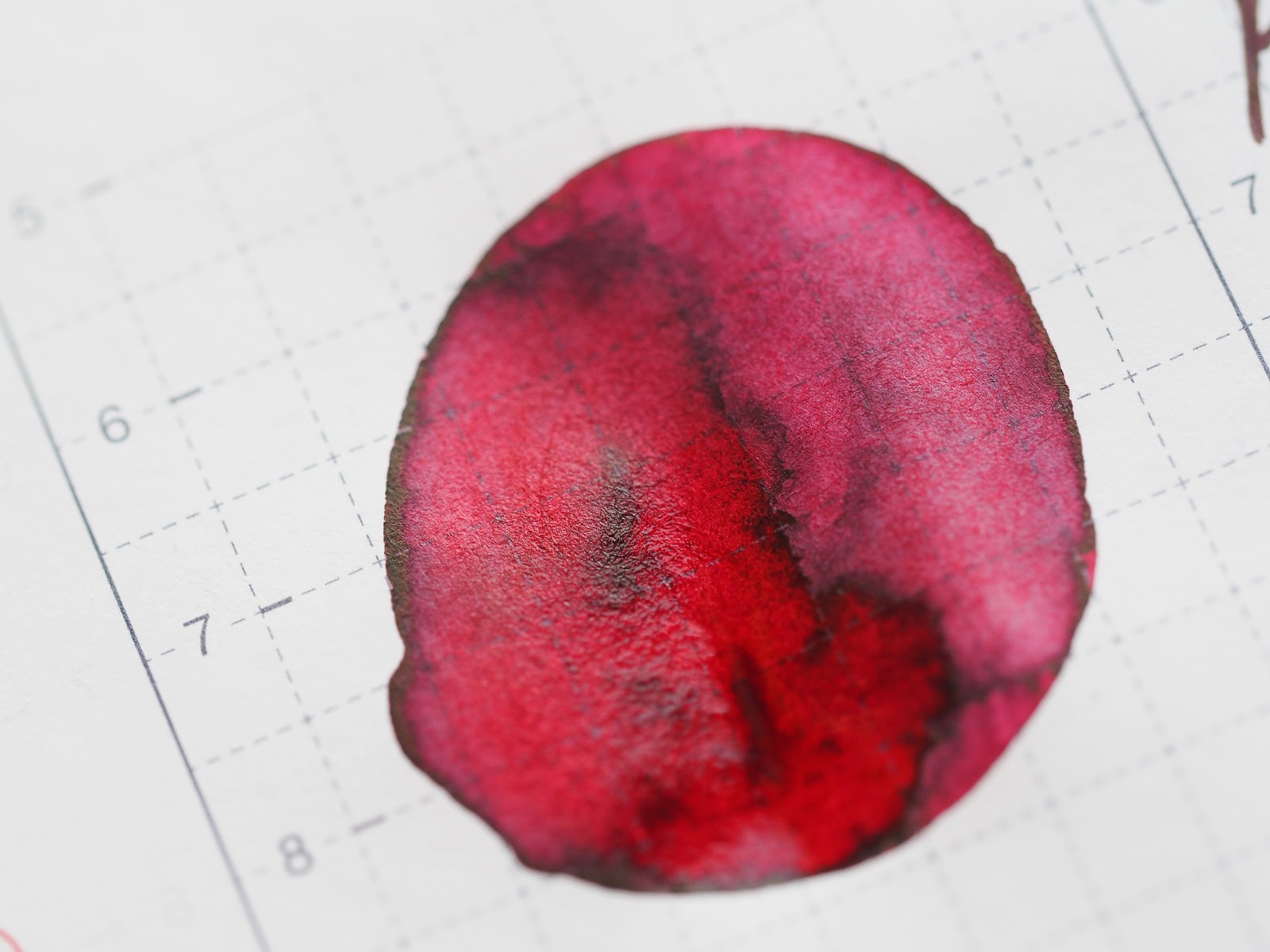 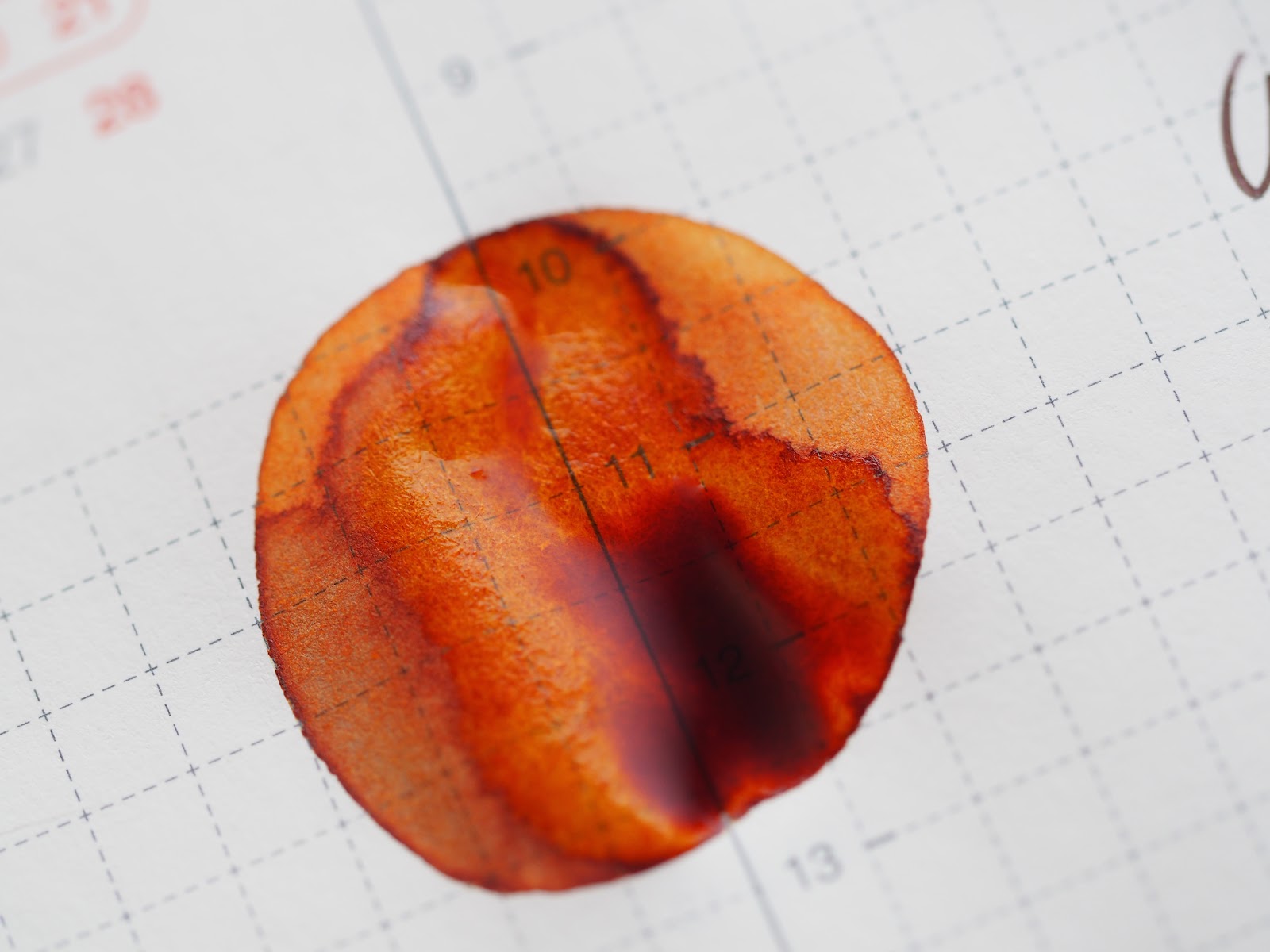 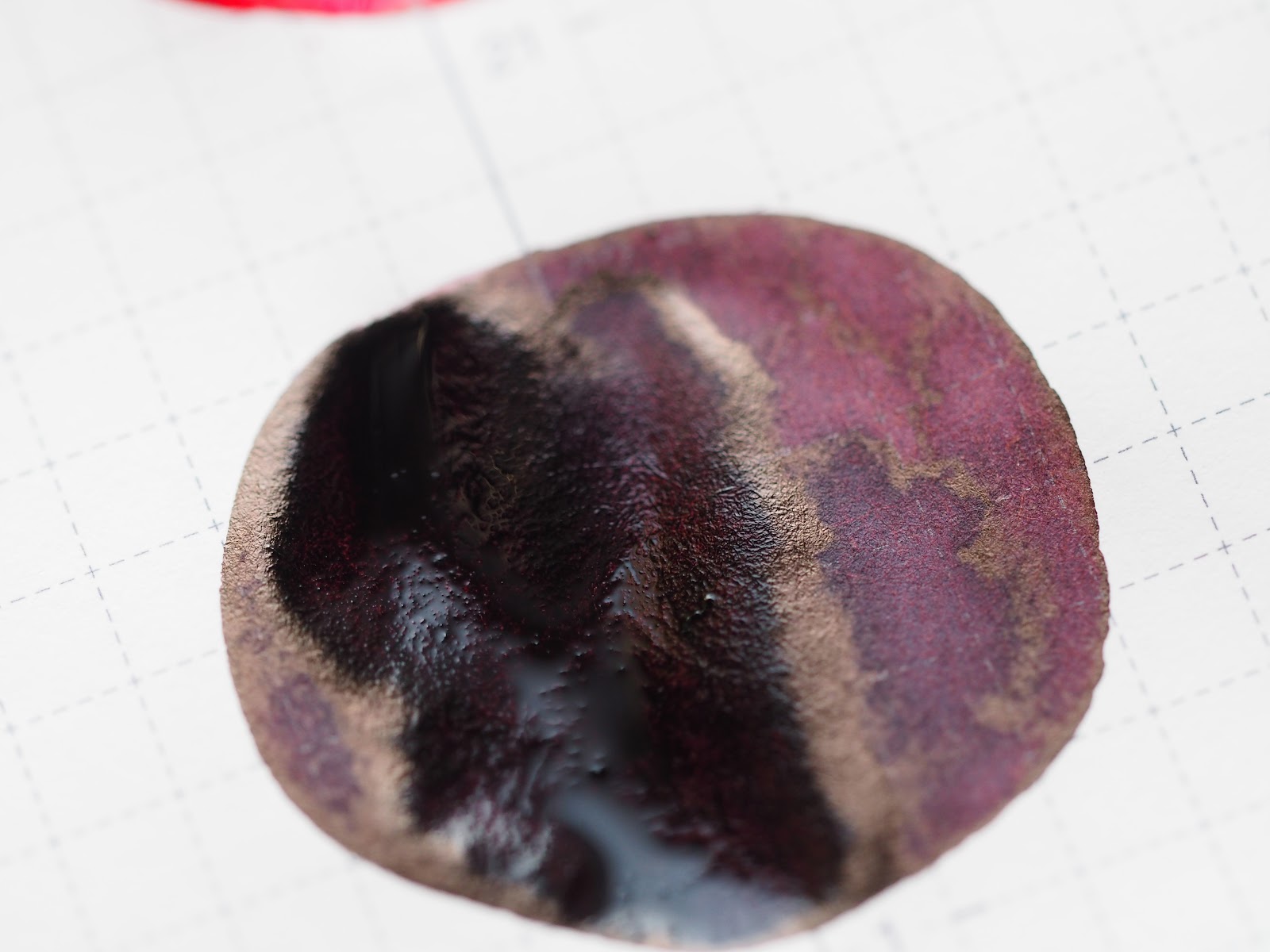 Beaver Dam Brown—a brown with a very distinct purple hue. It is quite dark, so the purple doesn’t come through quite as much in a line out of a pen. 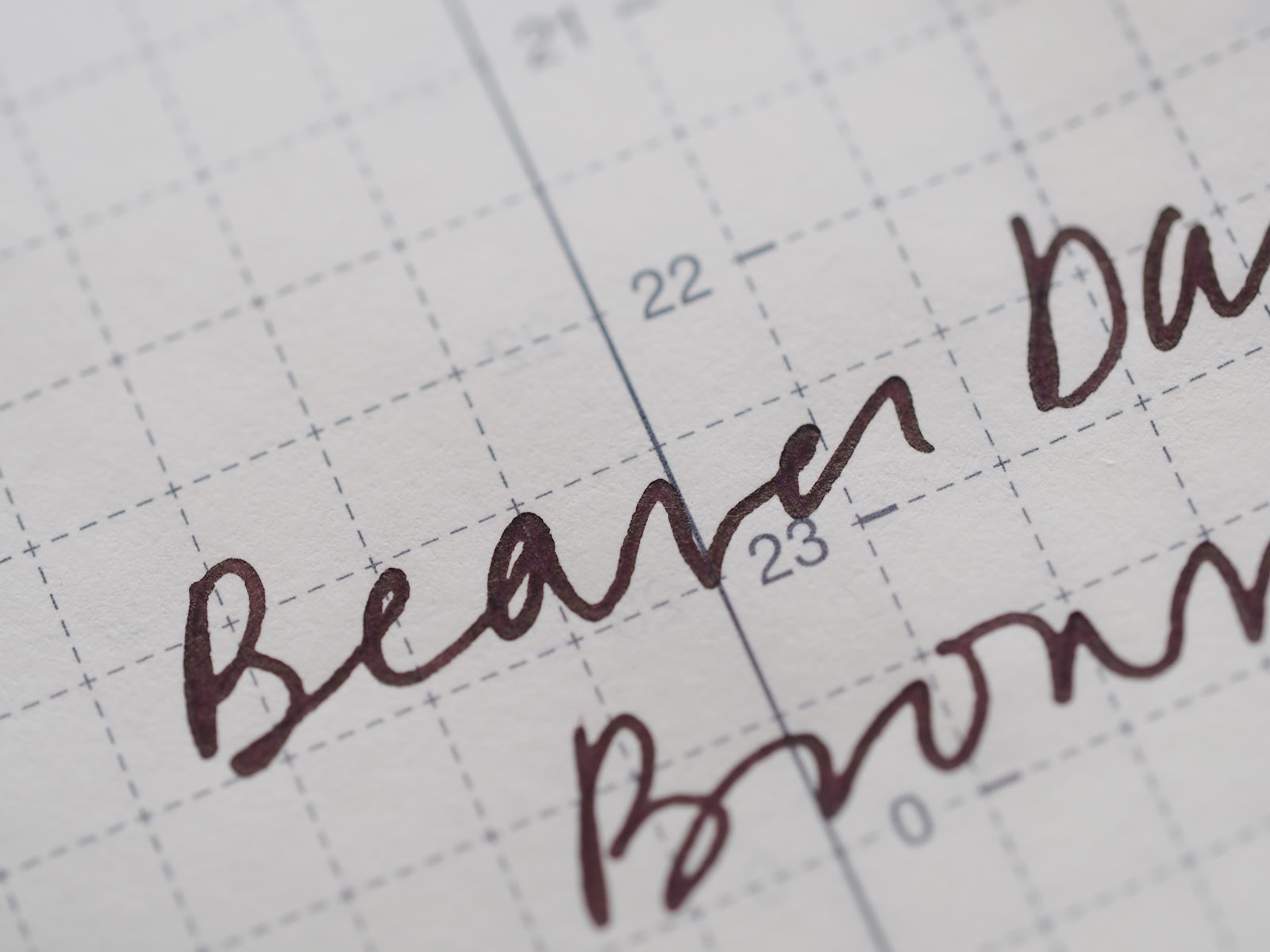 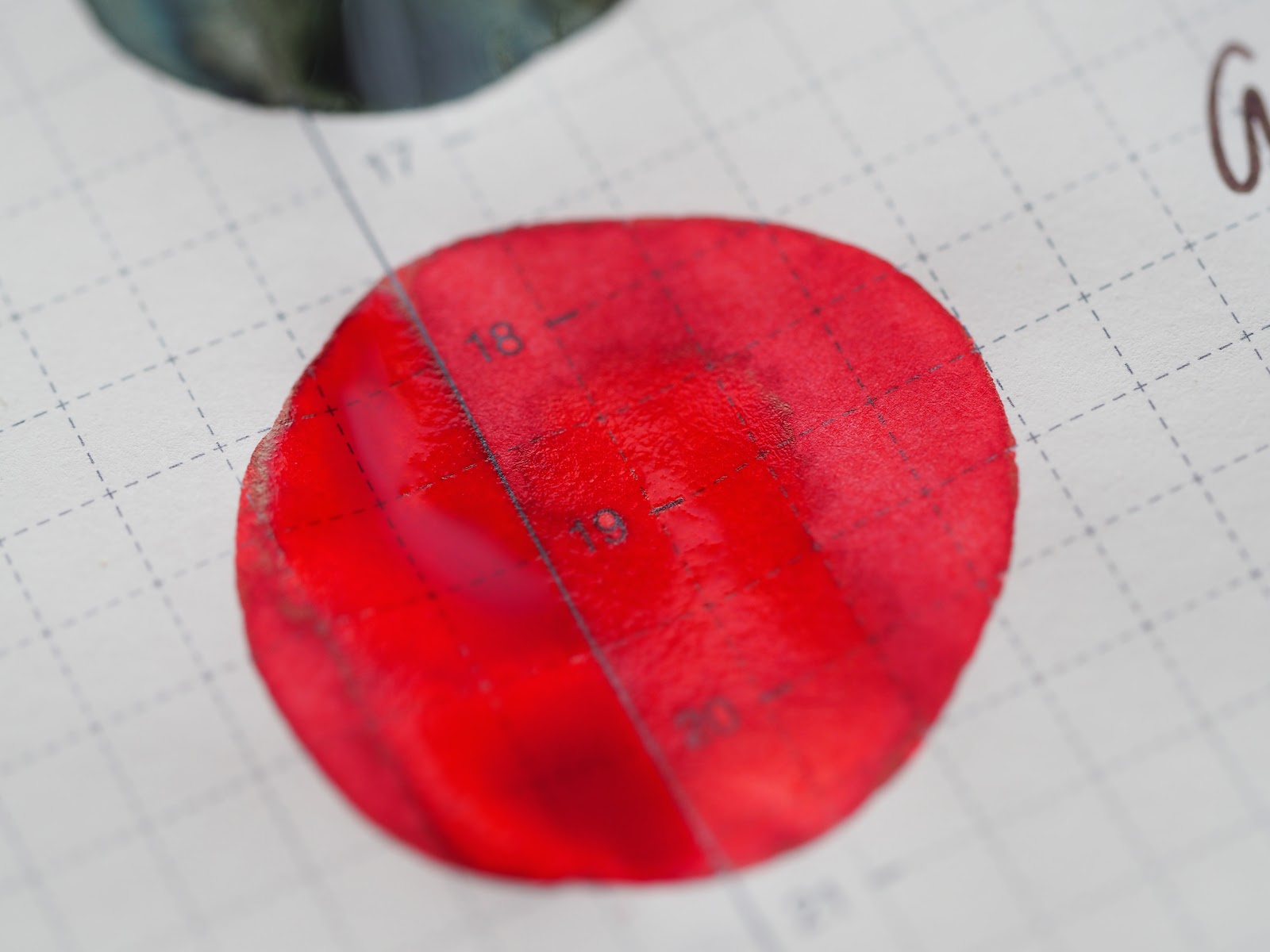 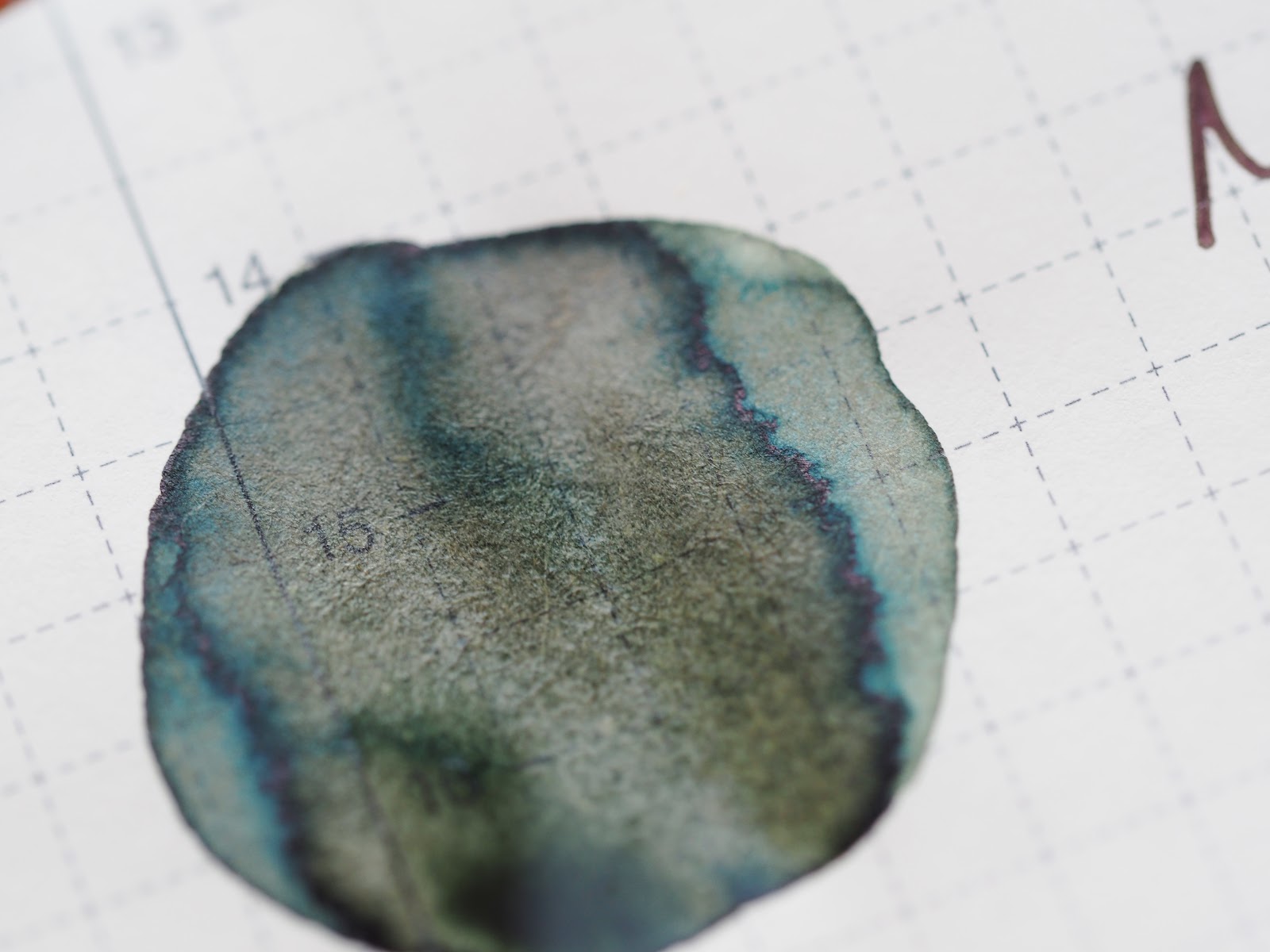 Moss Park Green. Lots of subtle shading on this one, very mossy. A beautiful shade with hints of blue. 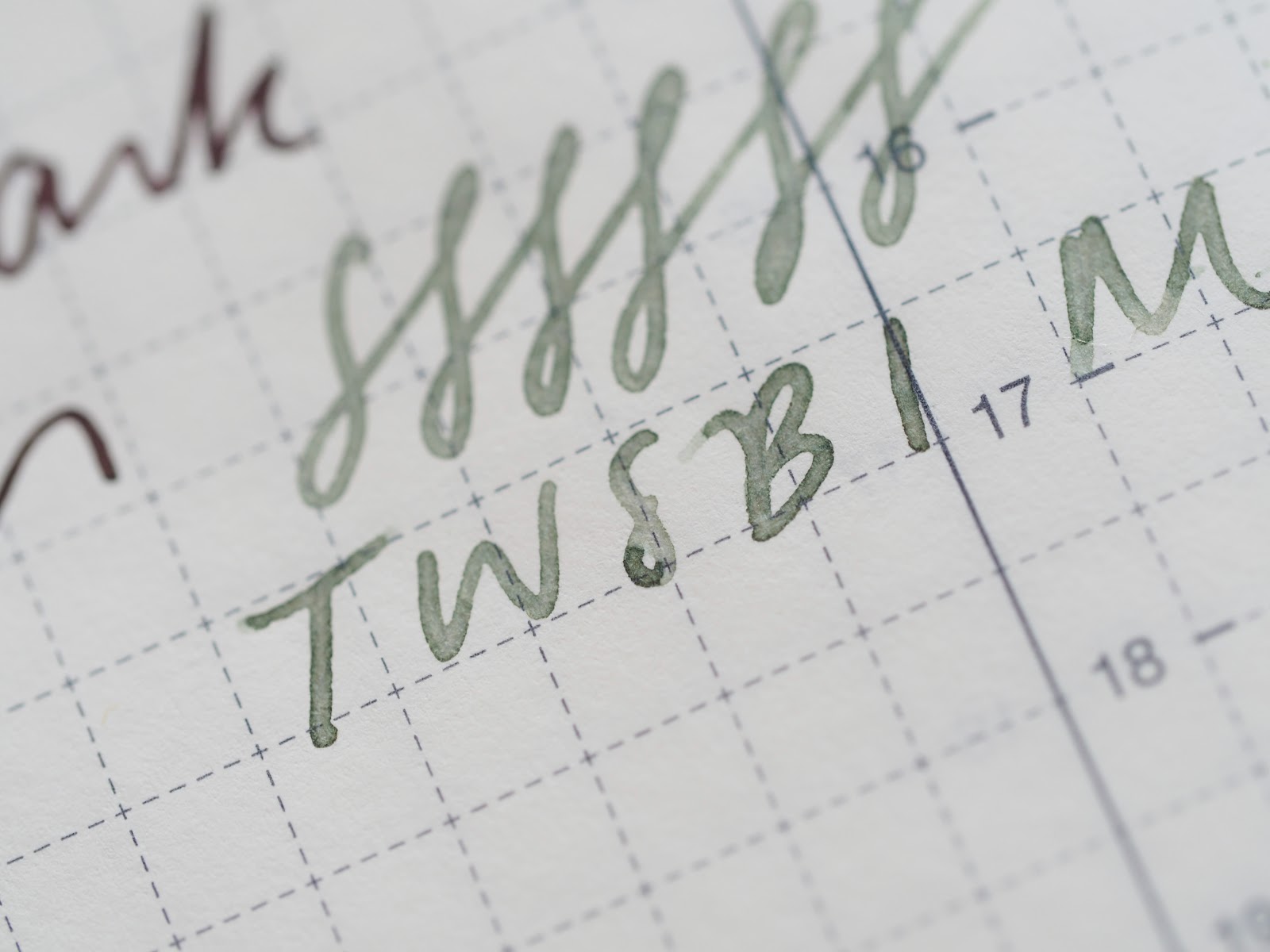 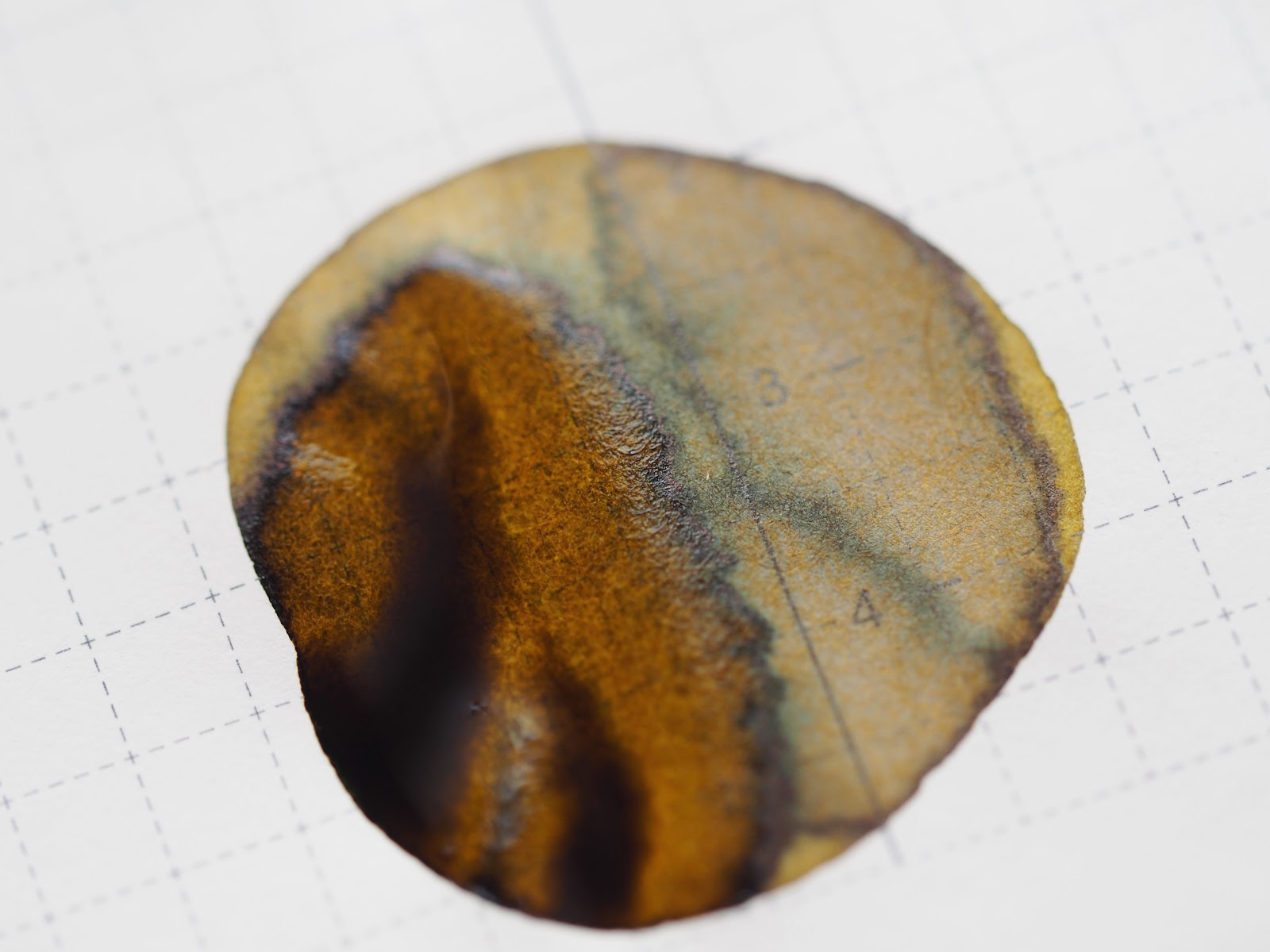 Goose Poupon. I did not originally choose this ink to ink up, as I inked up Beaver Dam Brown and Moss Park Green based on the colours of the boxes (what a total rookie mistake) but as soon as I had swabbed this one, I knew I had to ink it up as well. I wasn’t sure what to expect based on the box or the look of the ink in the bottle, but out of the bottle, the colour just grabbed me. I love it. Unusual, golden, green, brown, lots of shading. I can see how this might be a bit of an ambiguous, polarizing ink, but this is my favourite of the lot. 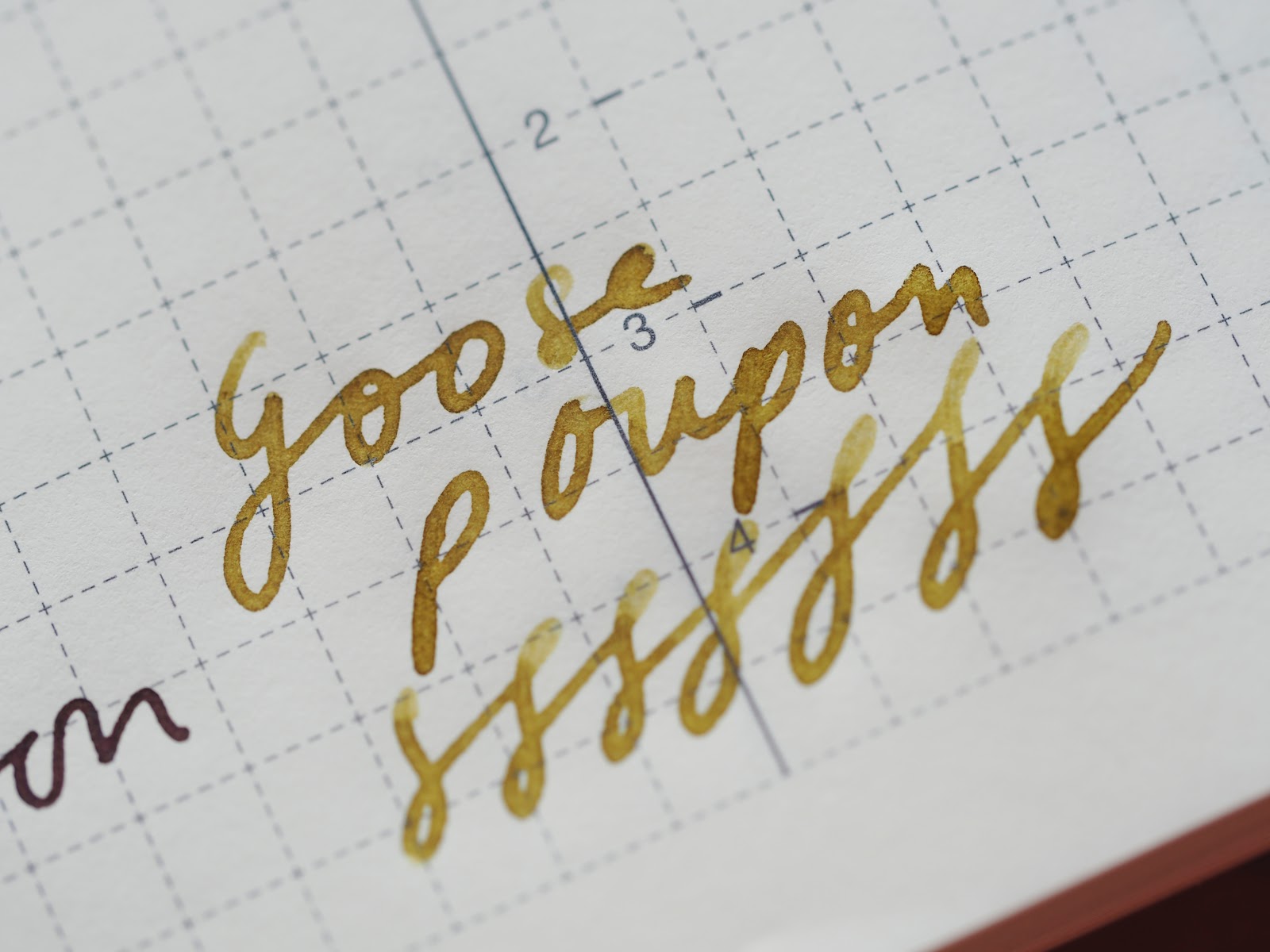 Ferris Wheel Press also released three new Winter inks, which are festive, each of them with a bit of sparkle for the season. 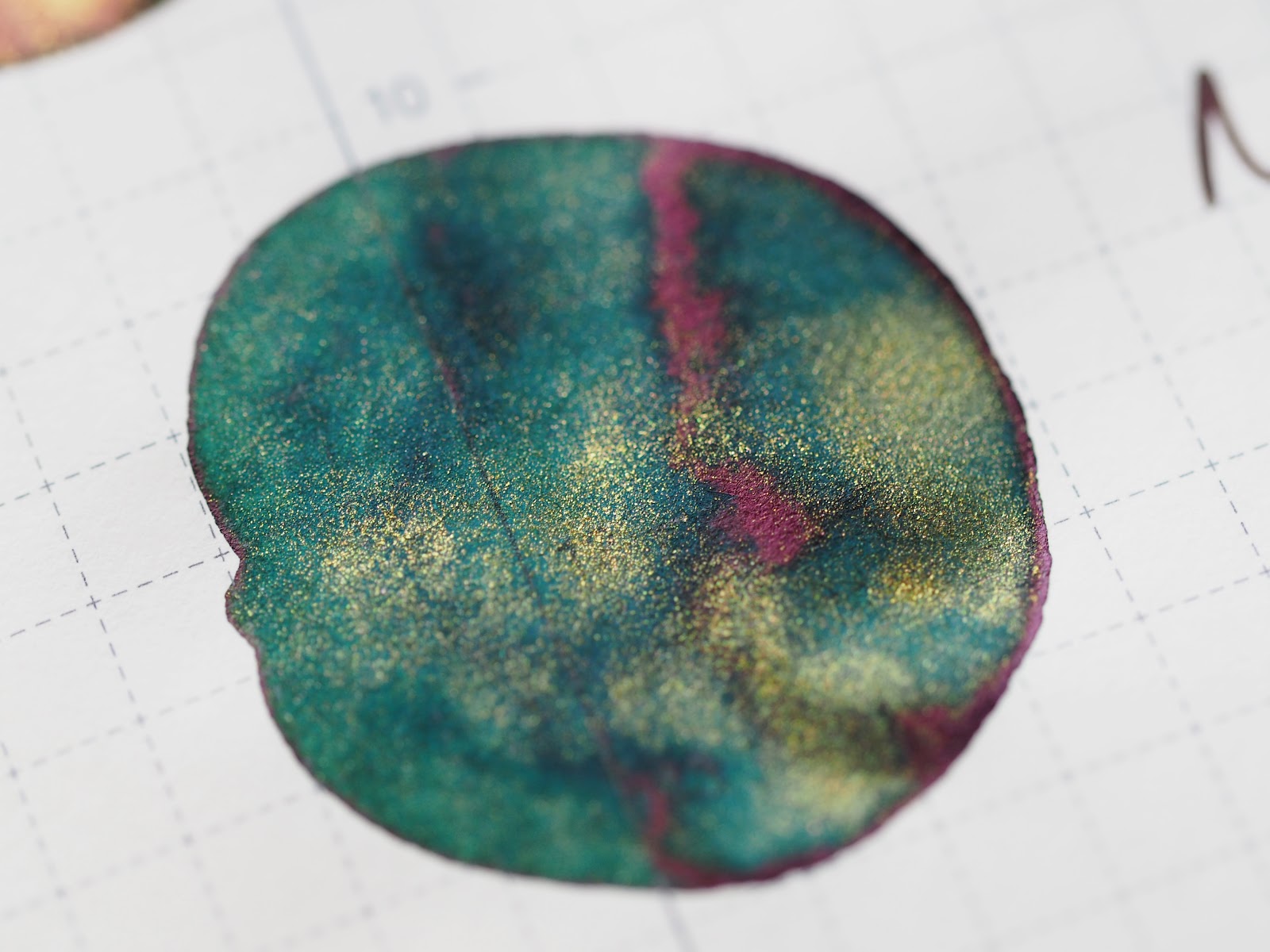 Misguided Mistletoe—a reminder perhaps of the iconic Emerald of Chivor. 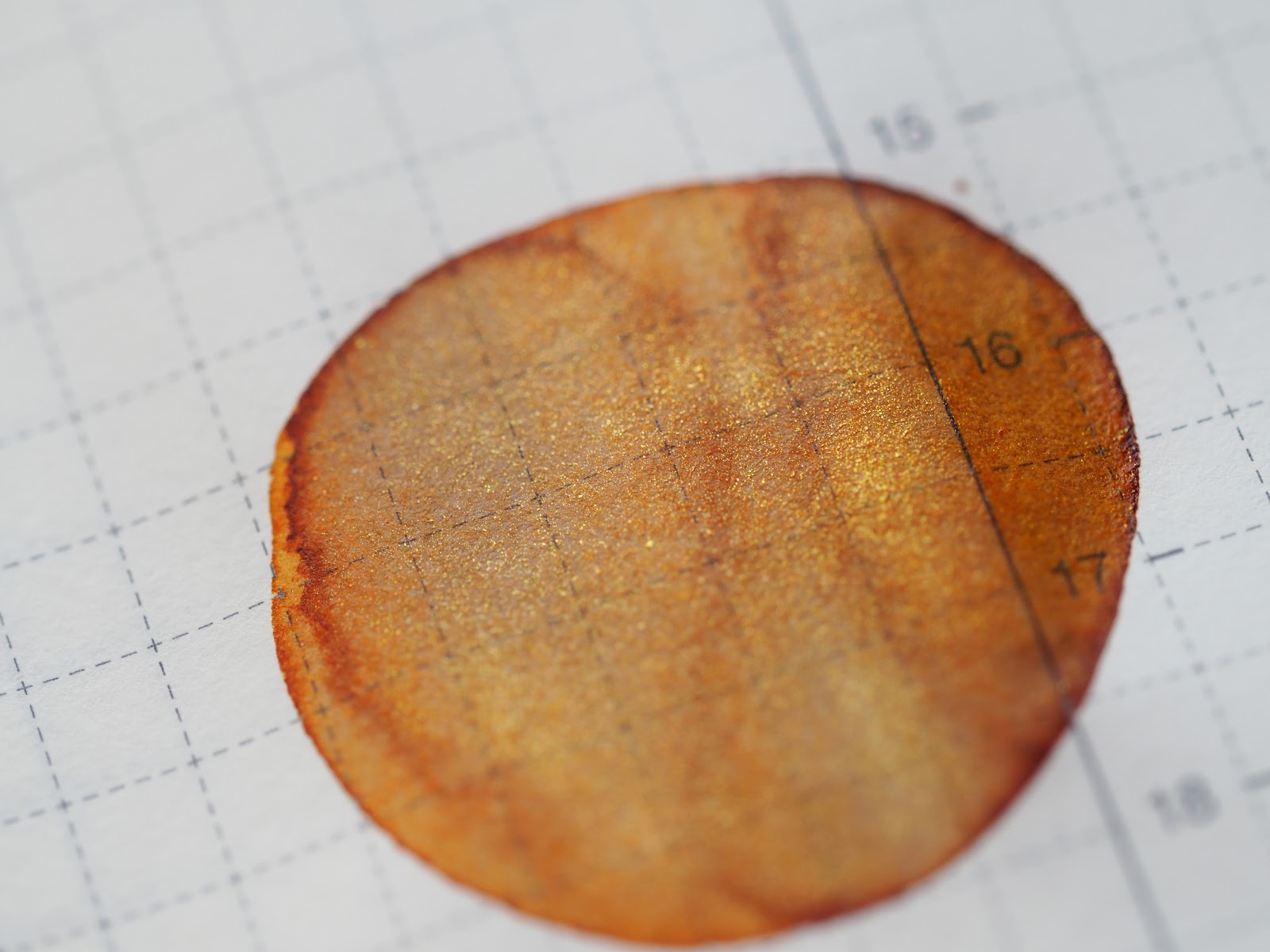 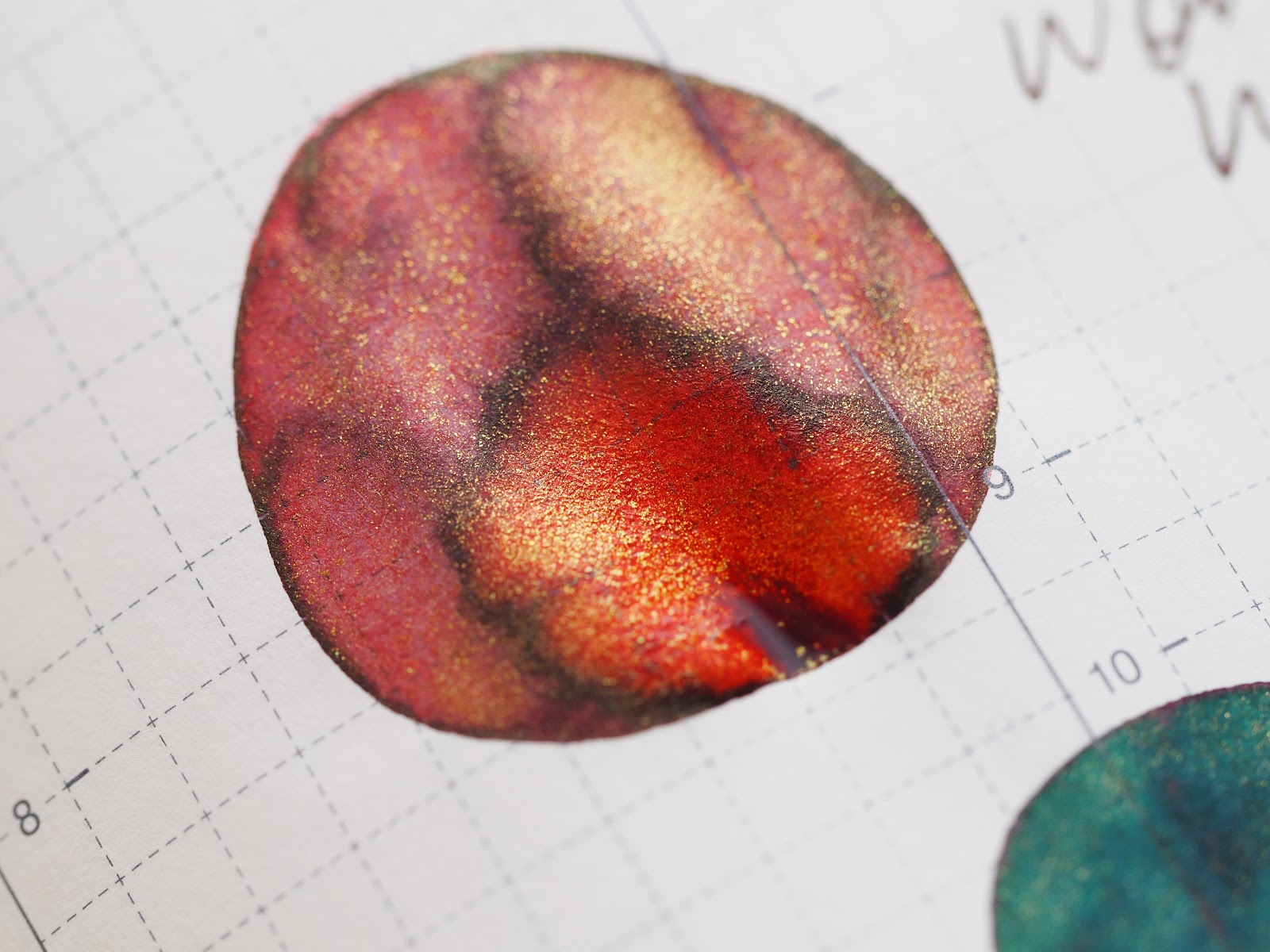 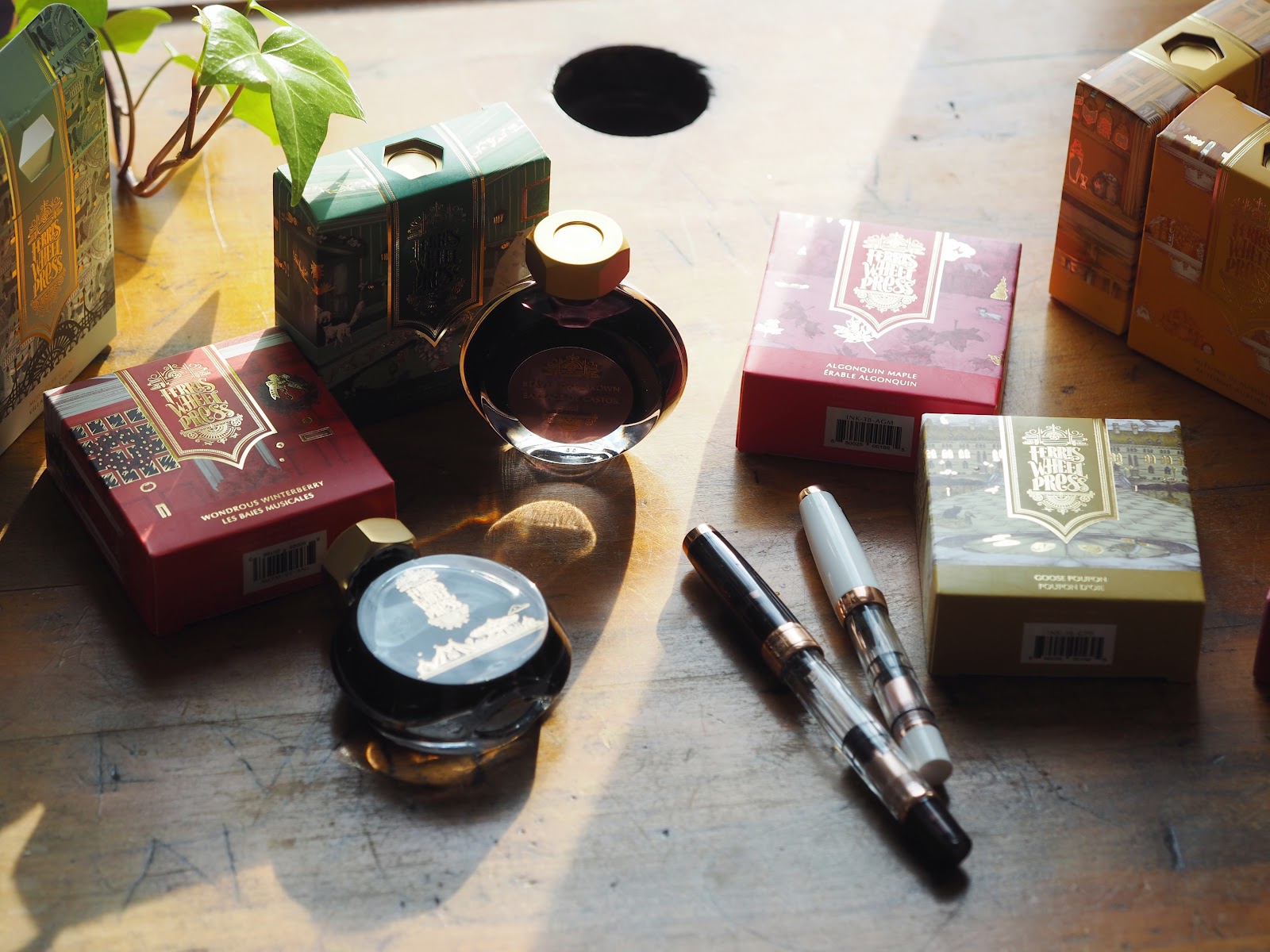 You can find all of the Ferris Wheel Press inks online here. Here is an old blog post with their original inks, which are still favourites around here. Ugh to those little chubby baby hands.

It’s always exciting to get new inks in, and even nicer when it’s a small release of special editions so you can pick and choose what you’d like. Over the years, as I’ve accumulated bottles of special edition inks, I’ve become less precious about them. I love that they represent the season of life they were released in, this wild pandemic year, when I fell in love with an ink called Goose Poupon and just went with it.

Things have been a bit hectic lately, wheels starting to come off the wagon, clearly. It’s been a marathon trying to keep up, both thrilling and a balance. New things coming in! Things piling up, literally, on the desk, on the floor around me, in bins stacked up. When are we launching this? Should I try and get photos of them? Trying to keep projects moving, even as they get pushed back. An exercise in prioritizing things, and letting some things fall through the cracks, waving to them on their way down. Lots of new things coming in, and I need more time to love and ink up and use and try out everything, in between all the rest of life. Thanks for sticking around. 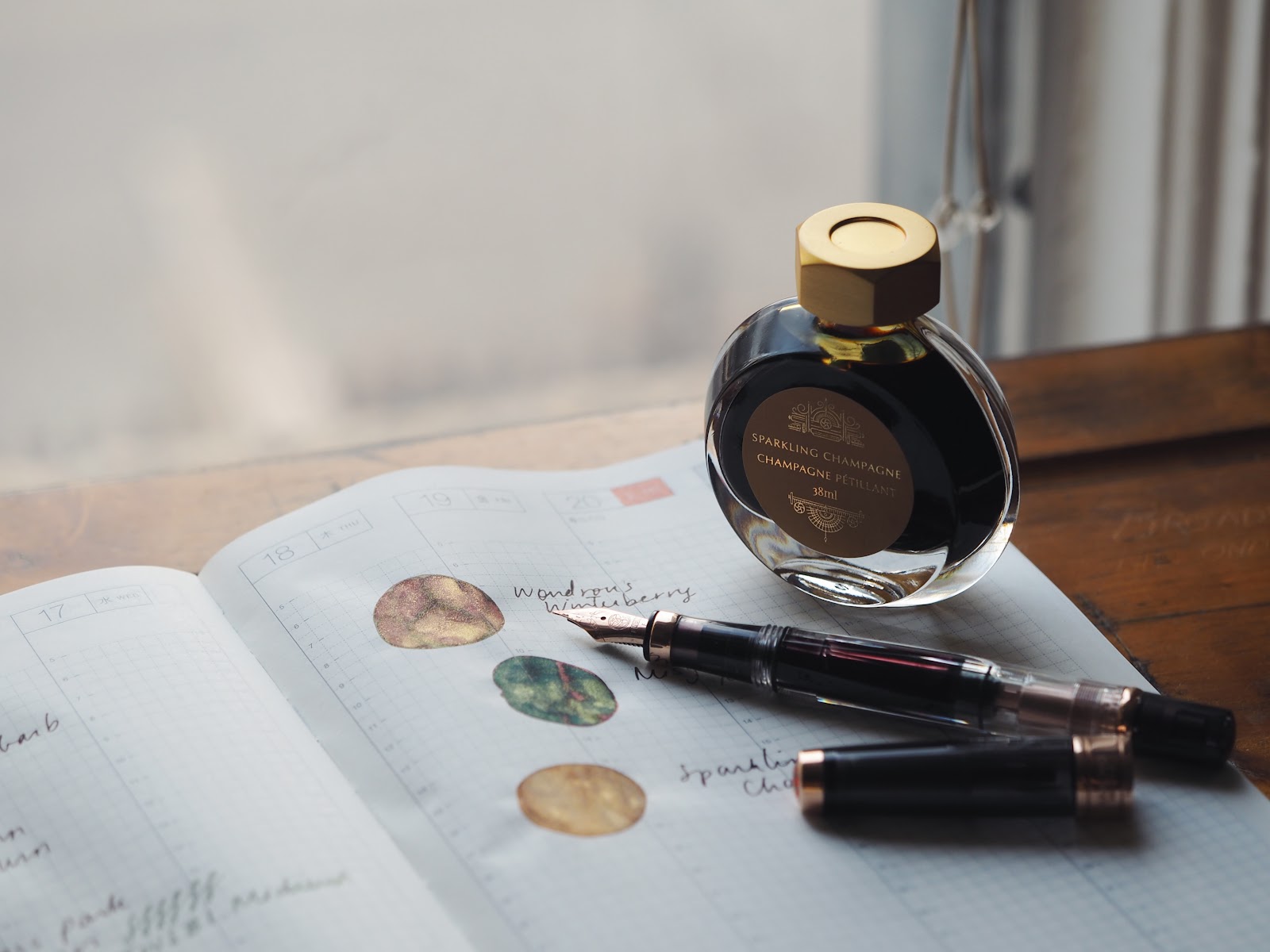