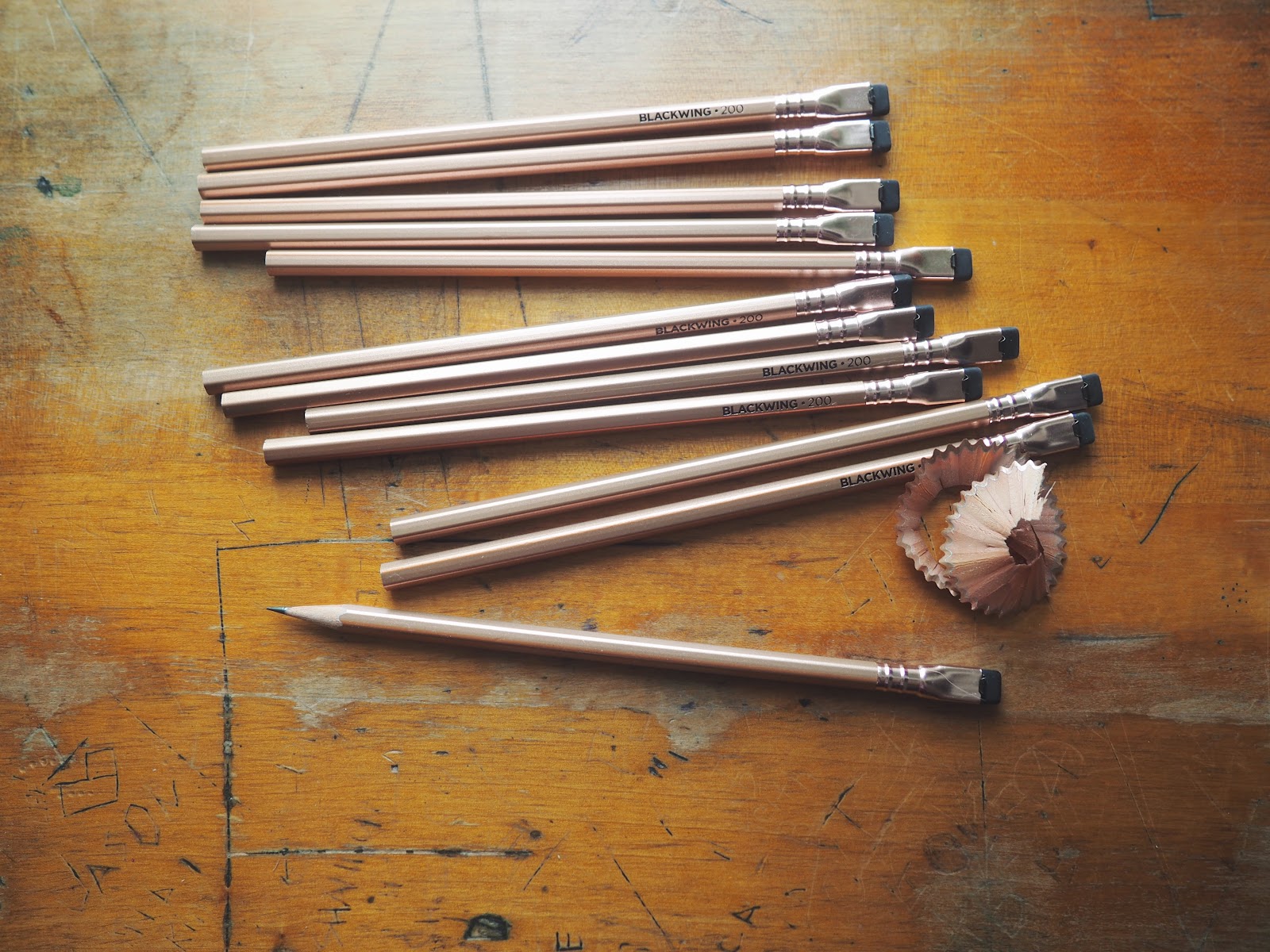 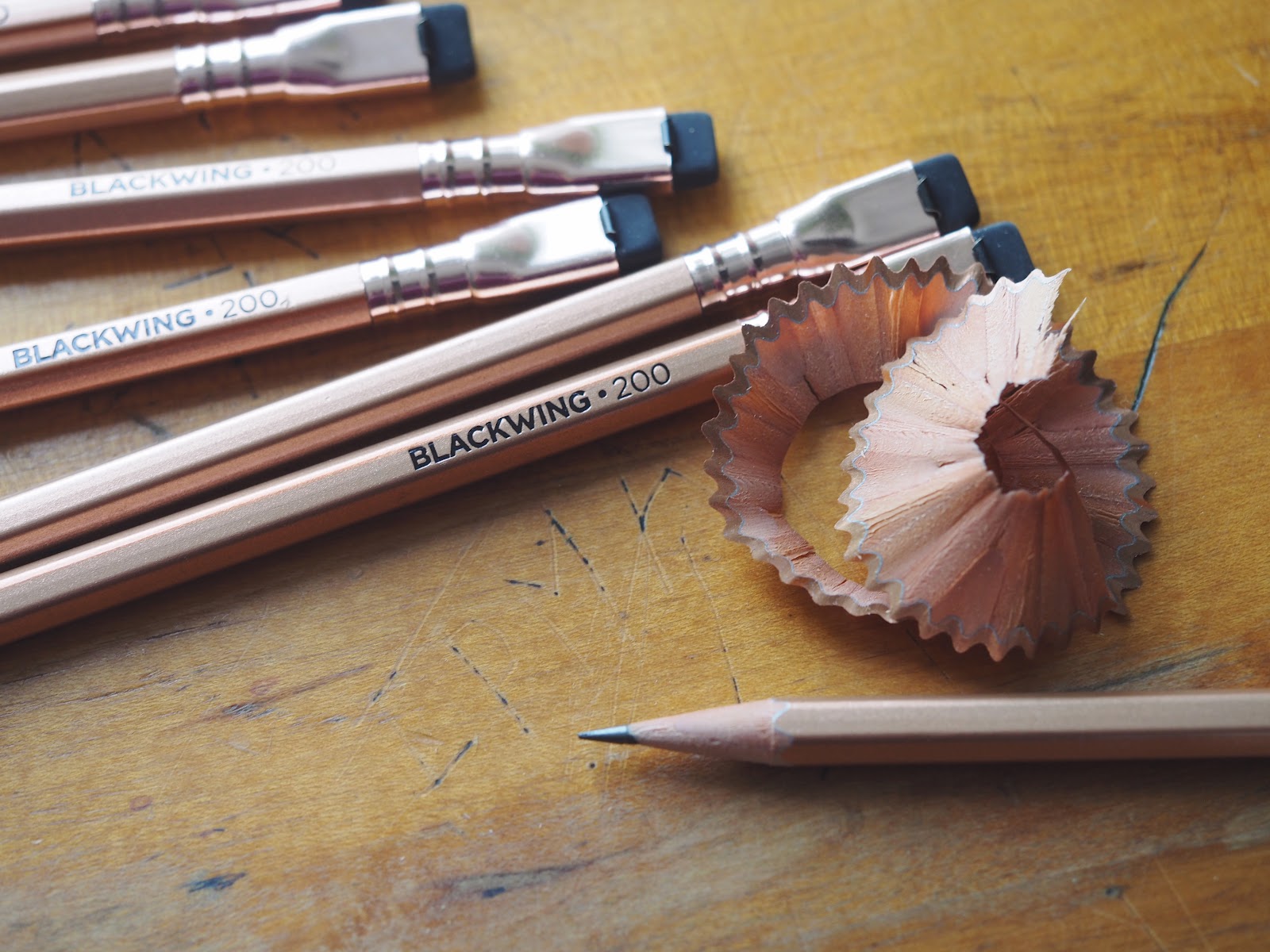 The new Blackwing pencils have arrived, Volume 200, which celebrates coffee and coffeehouses and how much creativity and connection happens in them. I typically give coffeehouses a bit of a European air, Hemingway in Paris sharpening his pencils into saucers and all that, but there is of course also the American coffeehouse culture which Blackwing took inspiration from.

Here is the backstory behind this pencil, from Blackwing’s website:

In 1948, amidst the uncertainty of post-war America, the Beat Generation was born. This literary movement, rooted in anti-materialism and the exploration of the human condition, gathered in the coffeehouses of New York and San Francisco to recite poetry alongside cups of black coffee. During the '50s and '60s, coffeehouses became synonymous with creativity and intellectualism.

One such example was Caffè Lena in Saratoga, NY. Opened in a former woodworking shop in 1960, Caffè Lena remains the oldest continually running coffeehouse in the United States. That longevity has allowed it to host countless creative icons from the Beatniks to members of the Folk Revival, and established Caffè Lena as a cornerstone of the creative counterculture in America.

The Blackwing 200 is a tribute to coffeehouses like Caffè Lena and the creative culture they help cultivate. Each pencil features a metallic copper design inspired by classic copper coffee roasting machines found in many coffeehouses during the ’50s and ’60s. The roasting process begins when the internal temperature of a coffee berry seed reaches 200 degrees Celsius, transforming it into the familiar coffee bean. These pencils also feature our firm graphite core that is perfect for finding inspiration in a local coffeehouse. 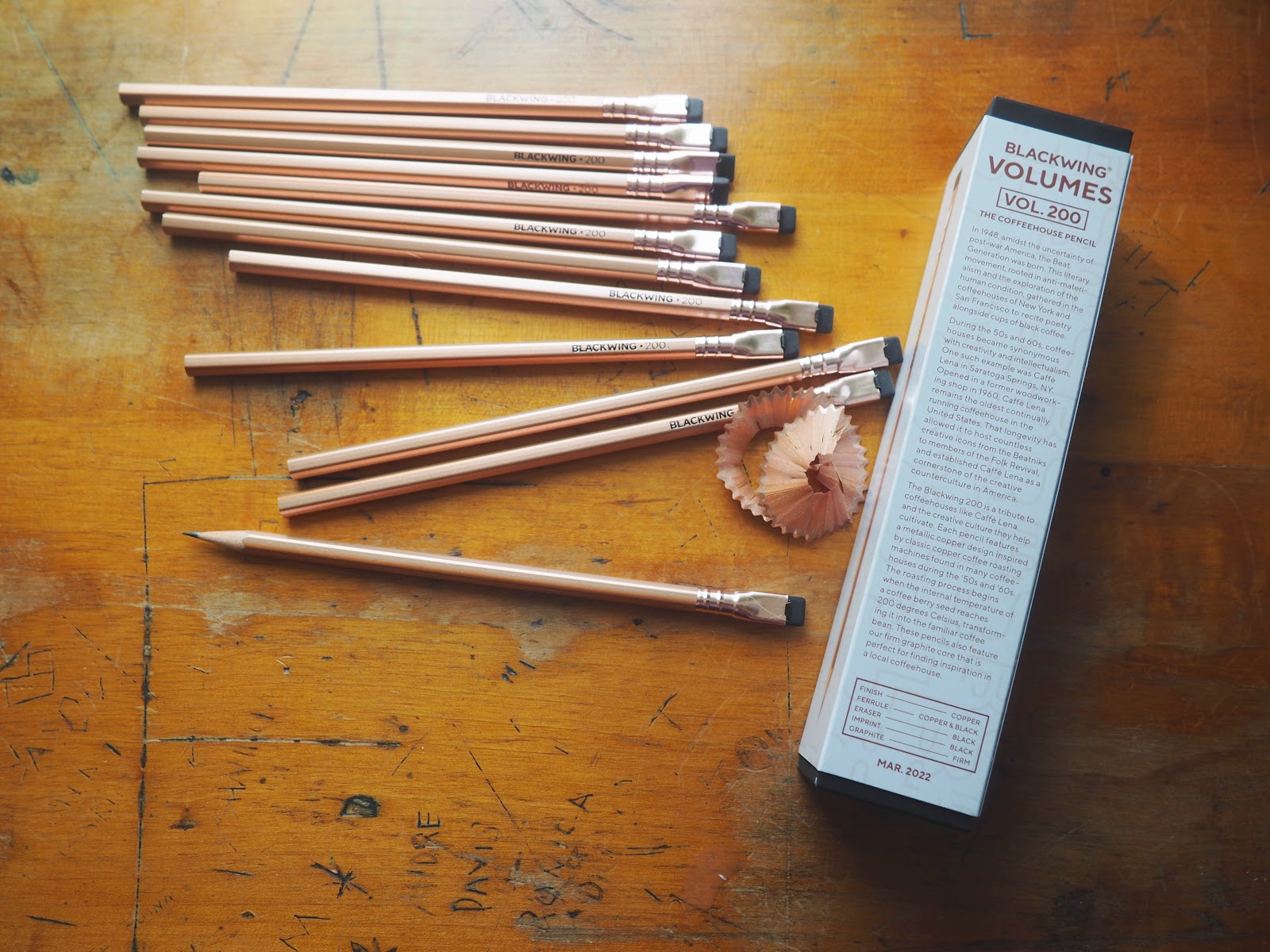 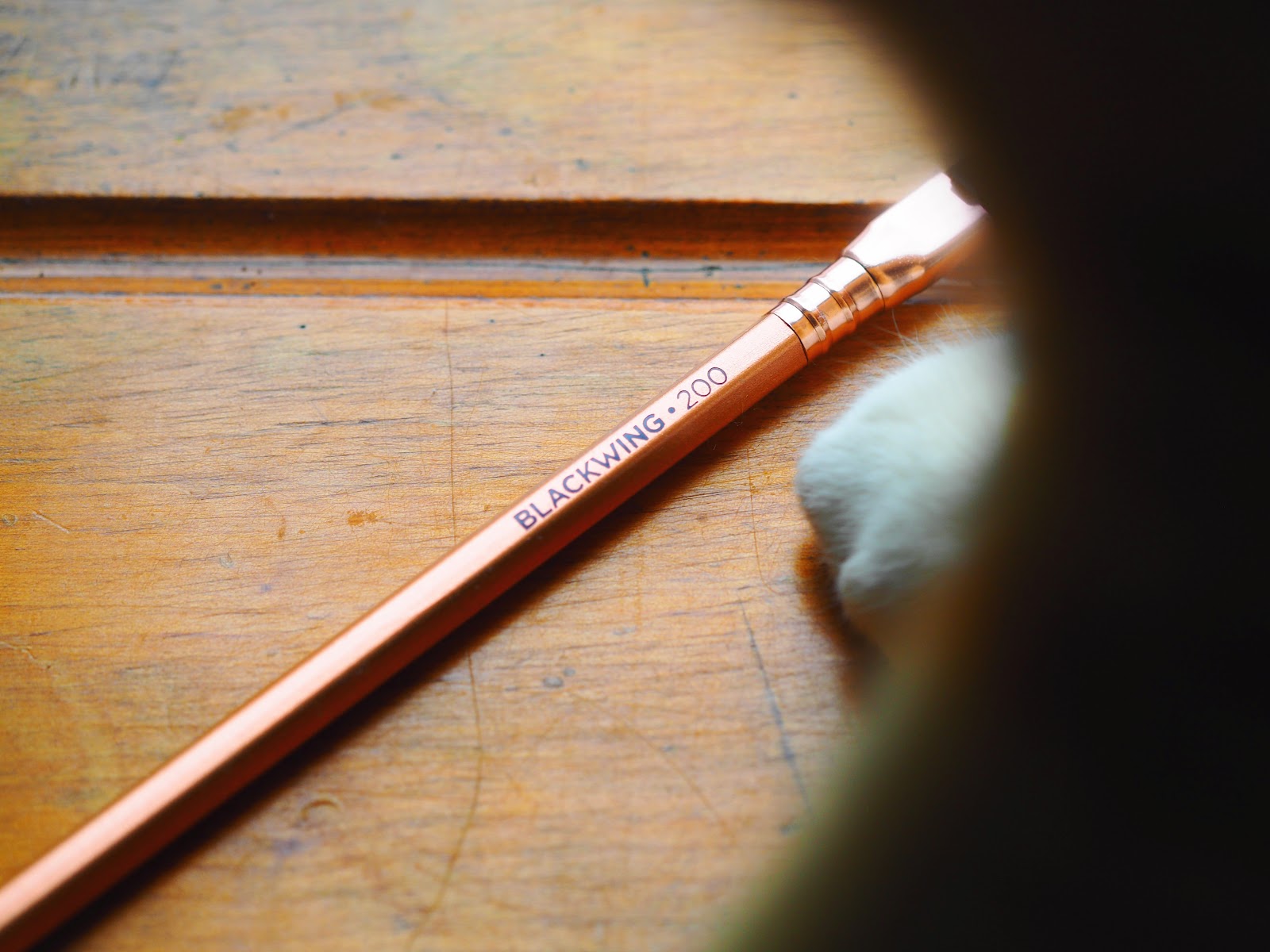 In case it’s a bit difficult to tell how metallic or copper this copper pencil is, here is a different photo, with somewhat different lighting. It’s mostly the same. It’s a different angle, there’s a cat shadow. In some photos it sort of looks gold, or maybe rose gold, and that can be attributed to the wood or the light or really basically shoddy photography skills. 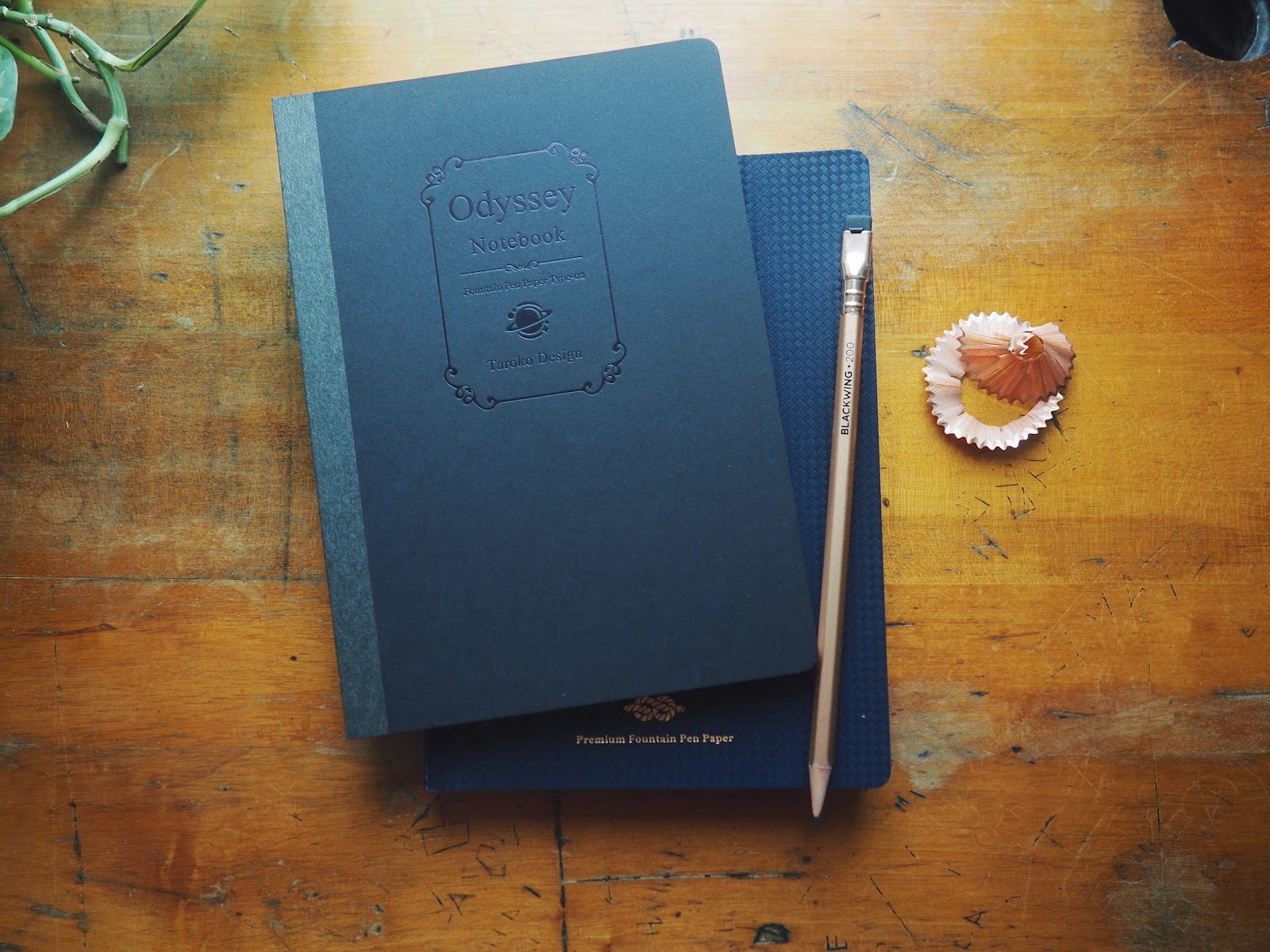 Any new box of pencils is a lot of fun, but the Blackwing Volumes series always make for a particularly nice afternoon because there’s a story or a theme or a bit of history on the box to read about as you sharpen, test it out, compare against other Blackwings and other pencils. These days, both Naomi and Caleb, our two feral shop kids, also get one each and we all sharpen at the same time, while I ramble on about the importance of a good point, of the benefits of erasable graphite, consider the efficacy of the eraser. I try to practise my deep breathing as, days or weeks later, I sometimes find these pencils under the bed, hot glued to part of a marble catapult, or buried deep in the bucket of laundry detergent, having been used and abandoned as an excavator for probably something less pleasant. We sometimes put tape or stickers to differentiate ownership, but I think they usually recognize their own teeth marks.

It’s a good reminder for me, though, about not being too precious with things, as I have a tendency to be with special edition stationery, notebooks I’ve picked up on my travels and still remain unused on my shelves for some moment that will reveal itself to me, or the last pencils in a box of Volumes. It is fun to be a collector, something not too serious or even too valuable, but just something that I enjoy having a collection of, finding all the pieces of a puzzle.

I don’t want to be blithe and wasteful, and yet, these things were made to be used. These are my golden days, without a doubt the best days of my life, with my babies at home with me, sharpening pencils into weapons and then curling up in my arms. I suppose a single Blackwing, even a Volume, is a price I’m willing to pay. 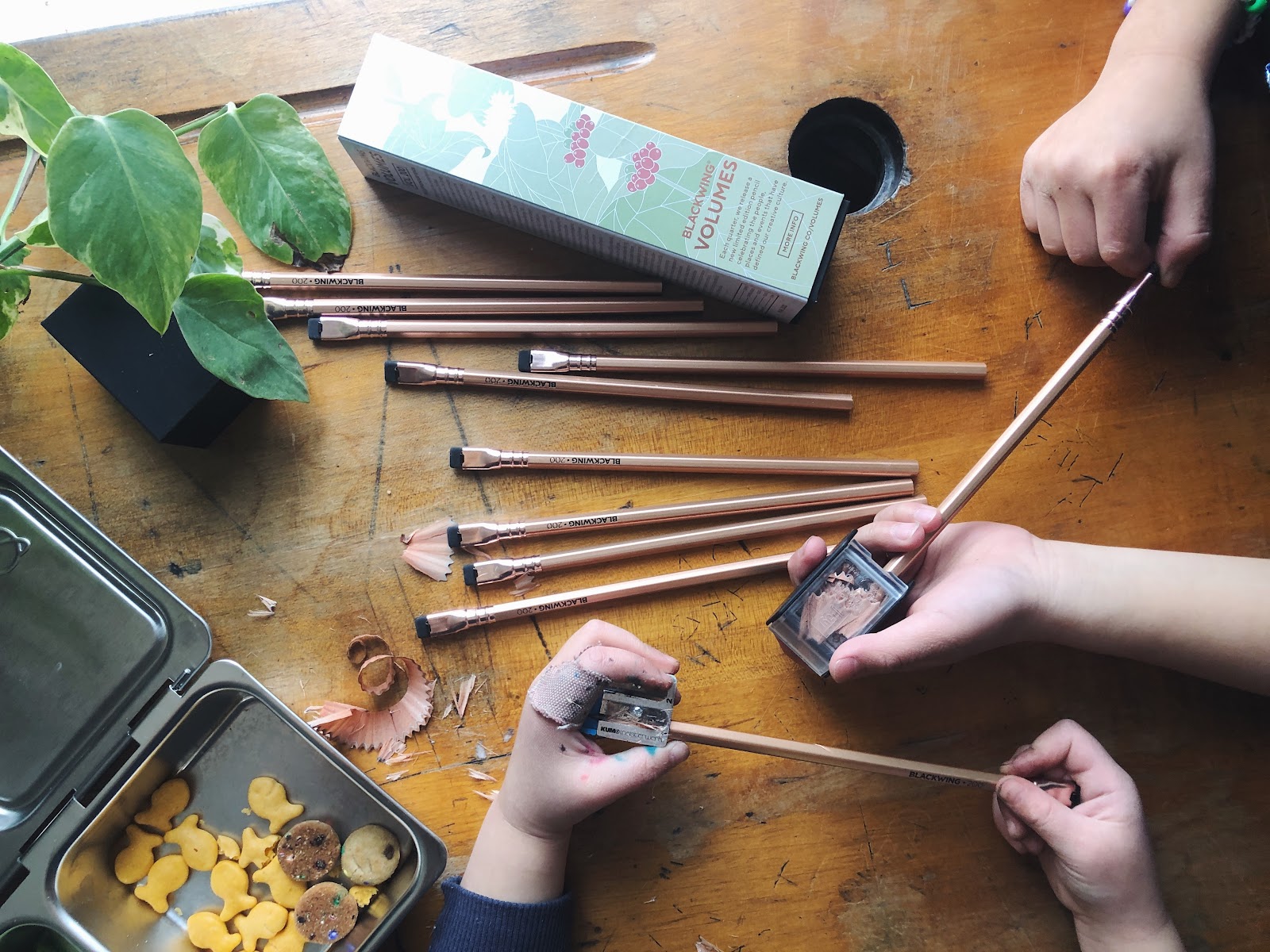 Currently reading: Far From the Tree by Andrew Solomon

Currently thinking about: eating some vegetables

Currently undeserving of: plants that are still alive 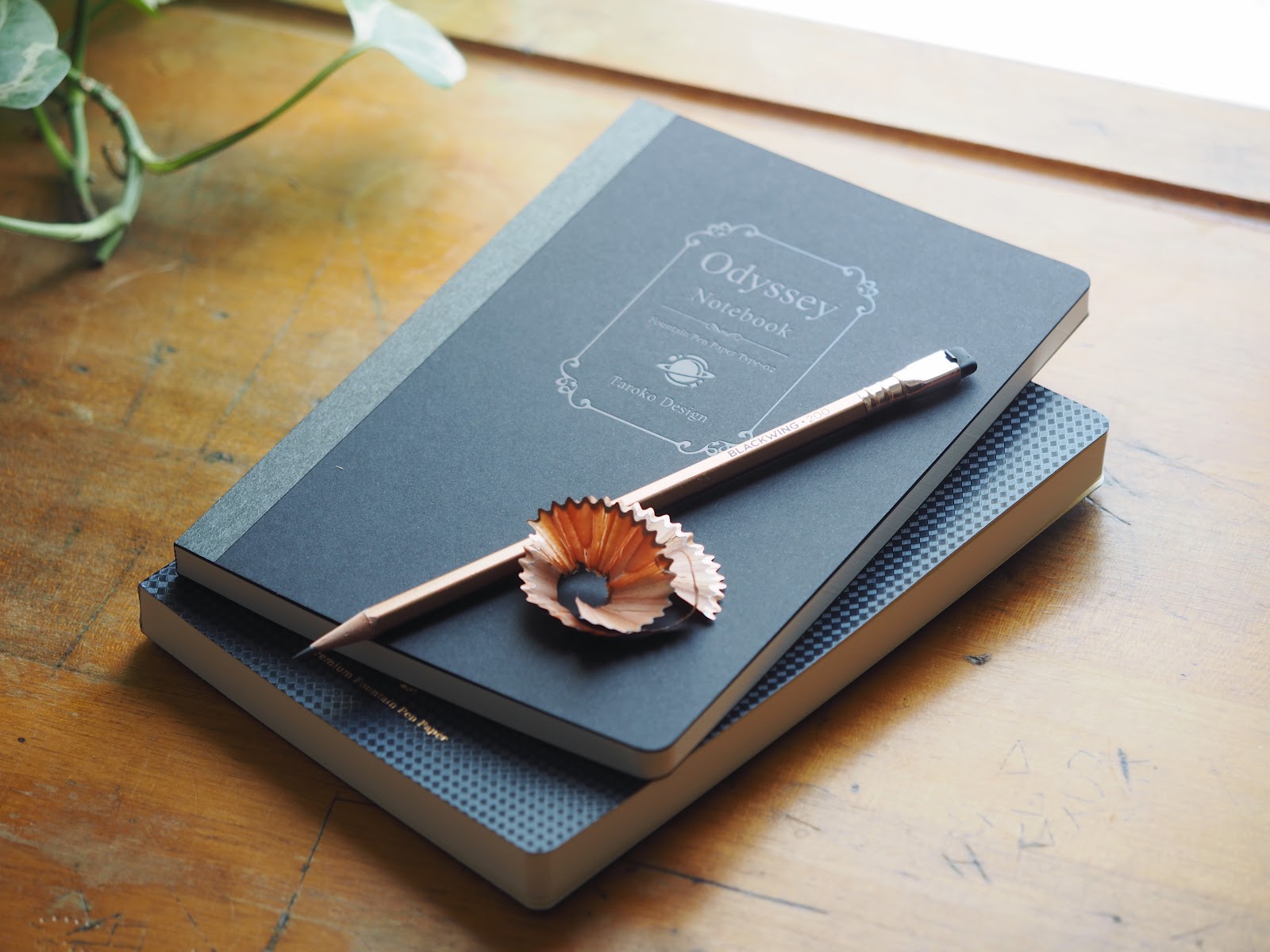