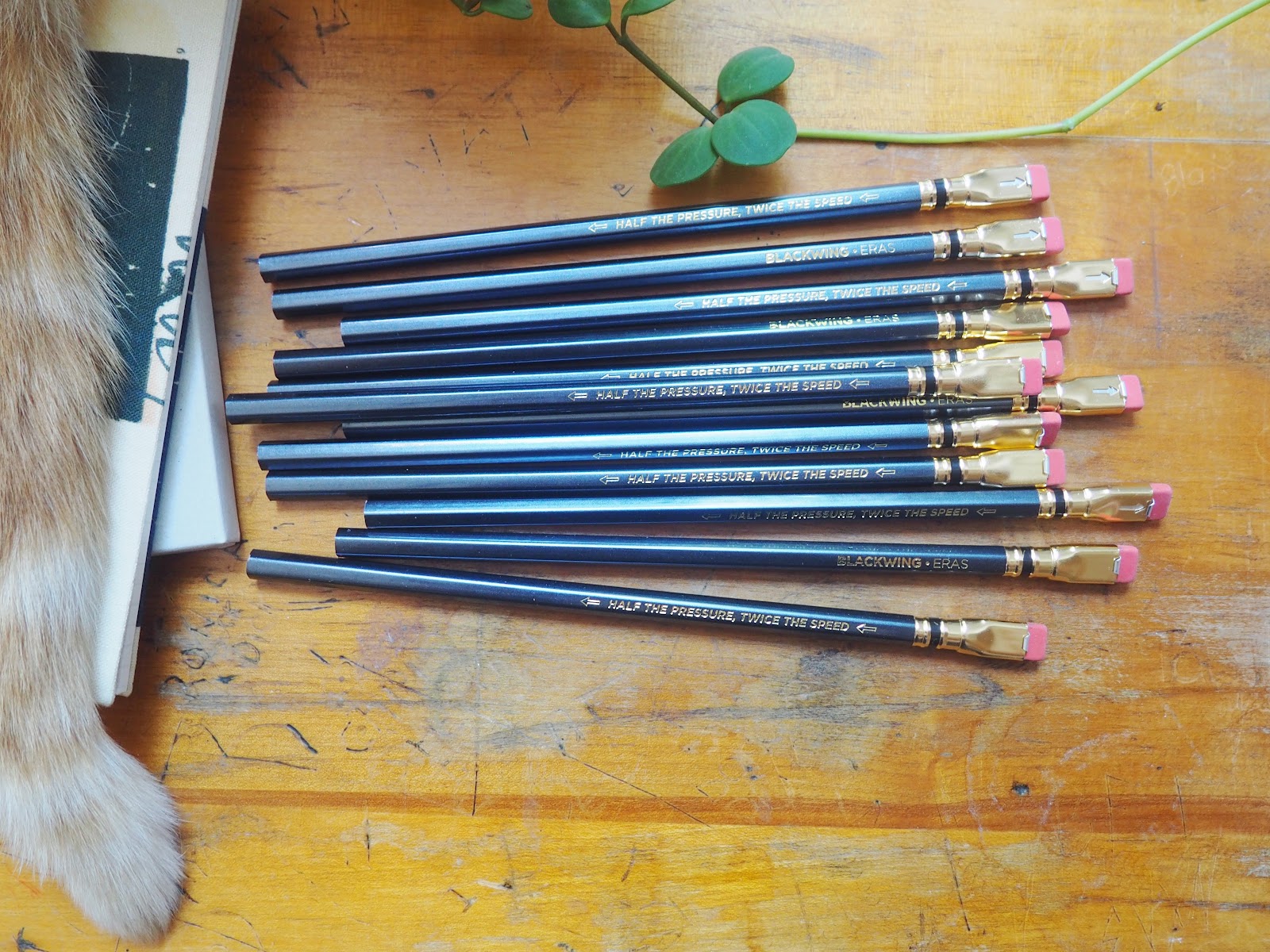 The Eras are a series of special edition pencils outside of their quarterly Volume releases, and which celebrate an era of history in this famous pencil, and the

newest Blackwing Eras is one of my favourite pencils possibly ever from Blackwing.

What makes this pencil so special is, of course, its gold arrow-punch ferrule, inspired by Blackwings from the mid-20th century, which I believe were an indicator for the user that the erasers would pull out and extend. I am somewhat disappointed (am I?) that the arrow is not on both sides of the ferrule, but I love these pencils nonetheless. The band on the ferrule, the colour on the barrel, the quote on the barrel, along with the arrows. Arrows on a ferrule! What fun! The pencil is only going to get more fun as you sharpen it down.

It is extra-firm lead, and comes in the usual box of 12. 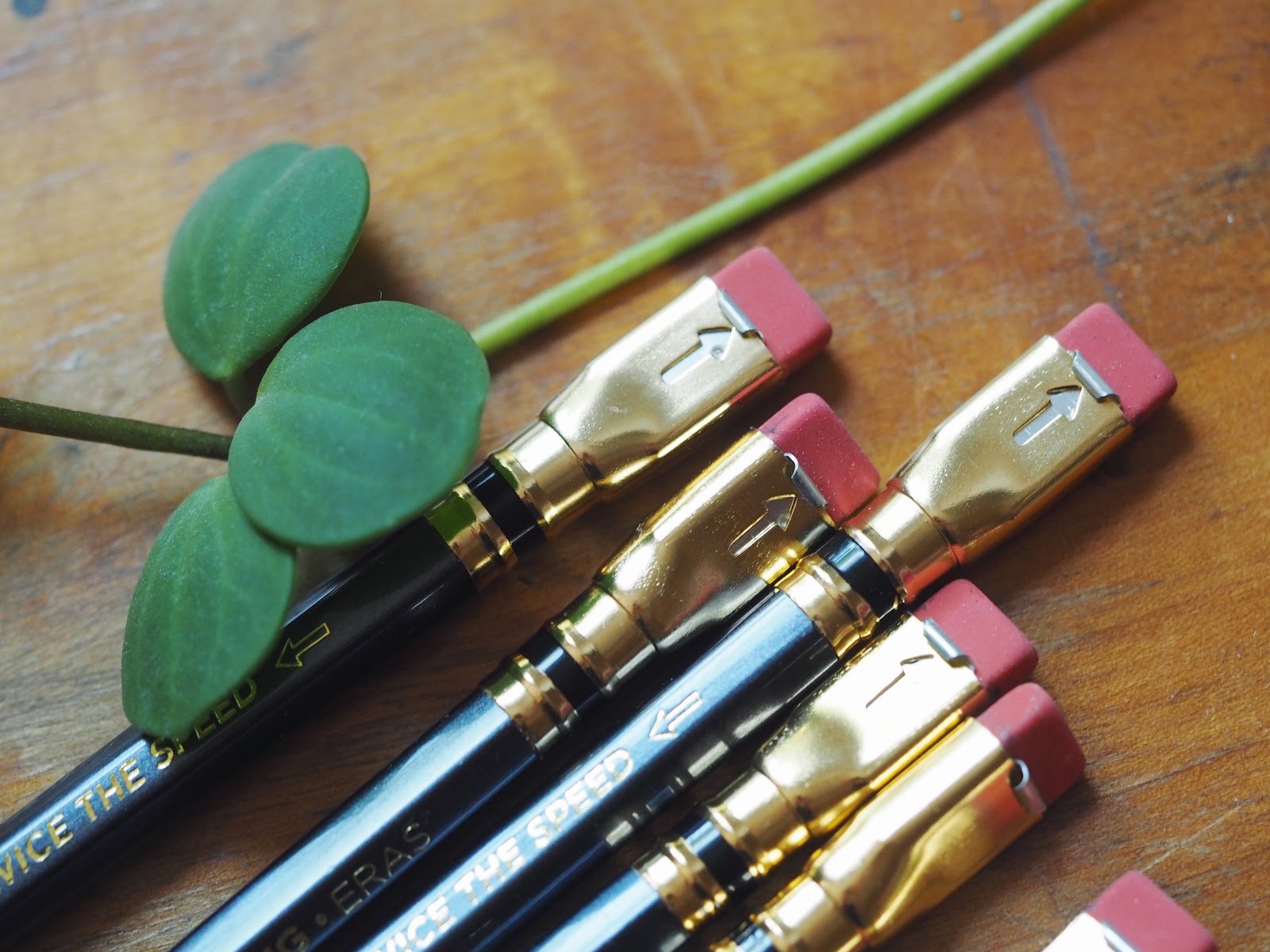 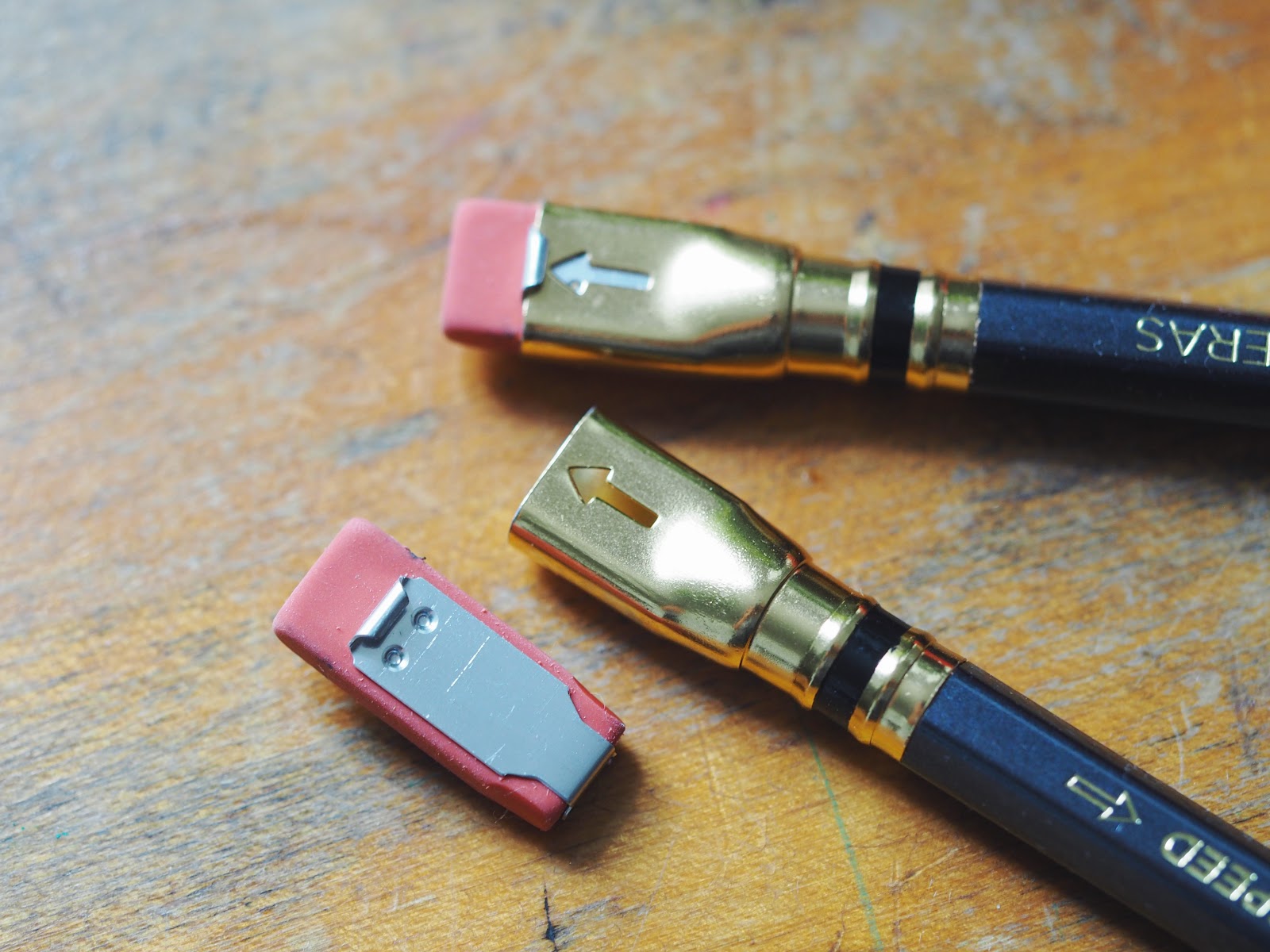 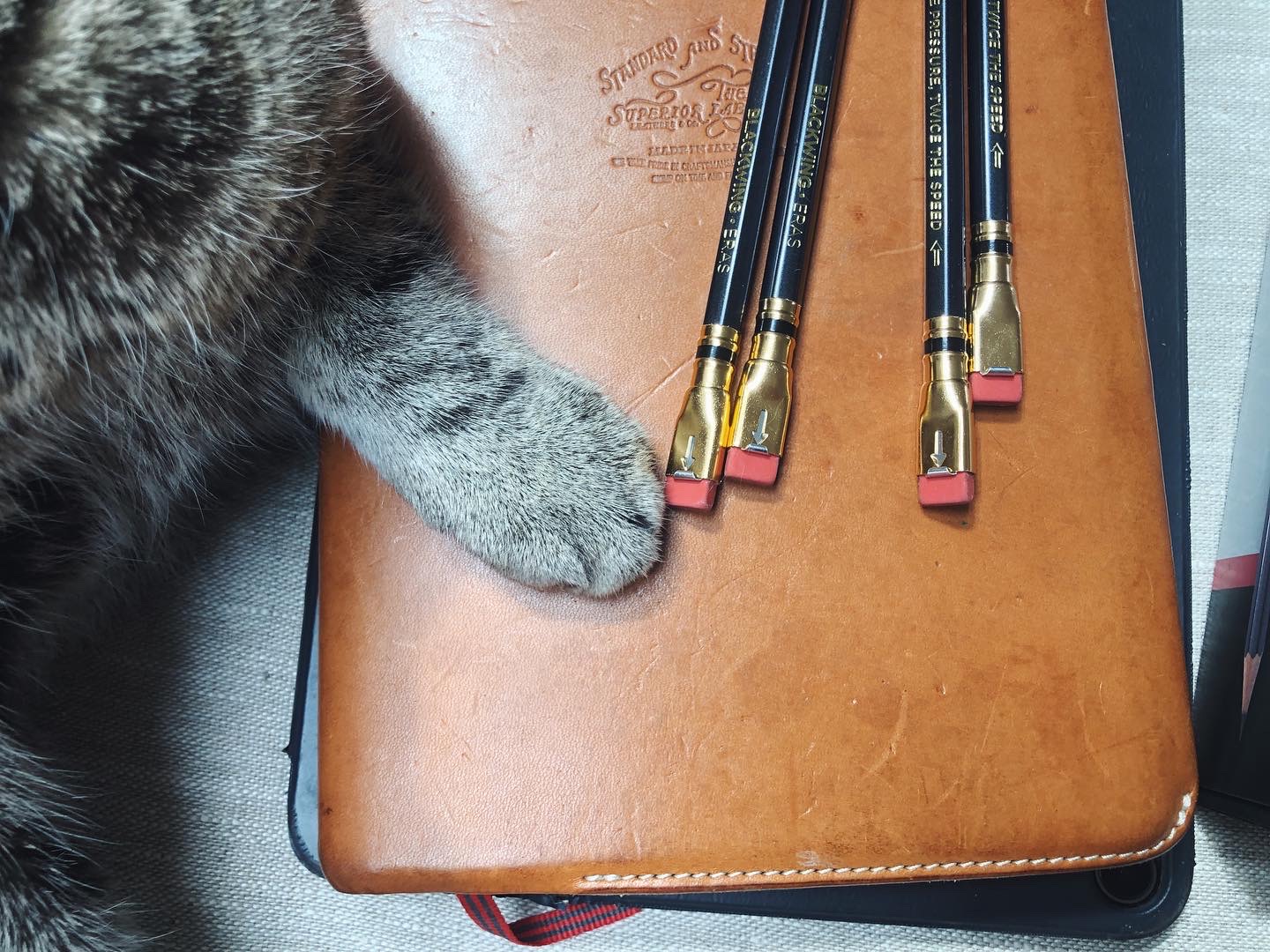 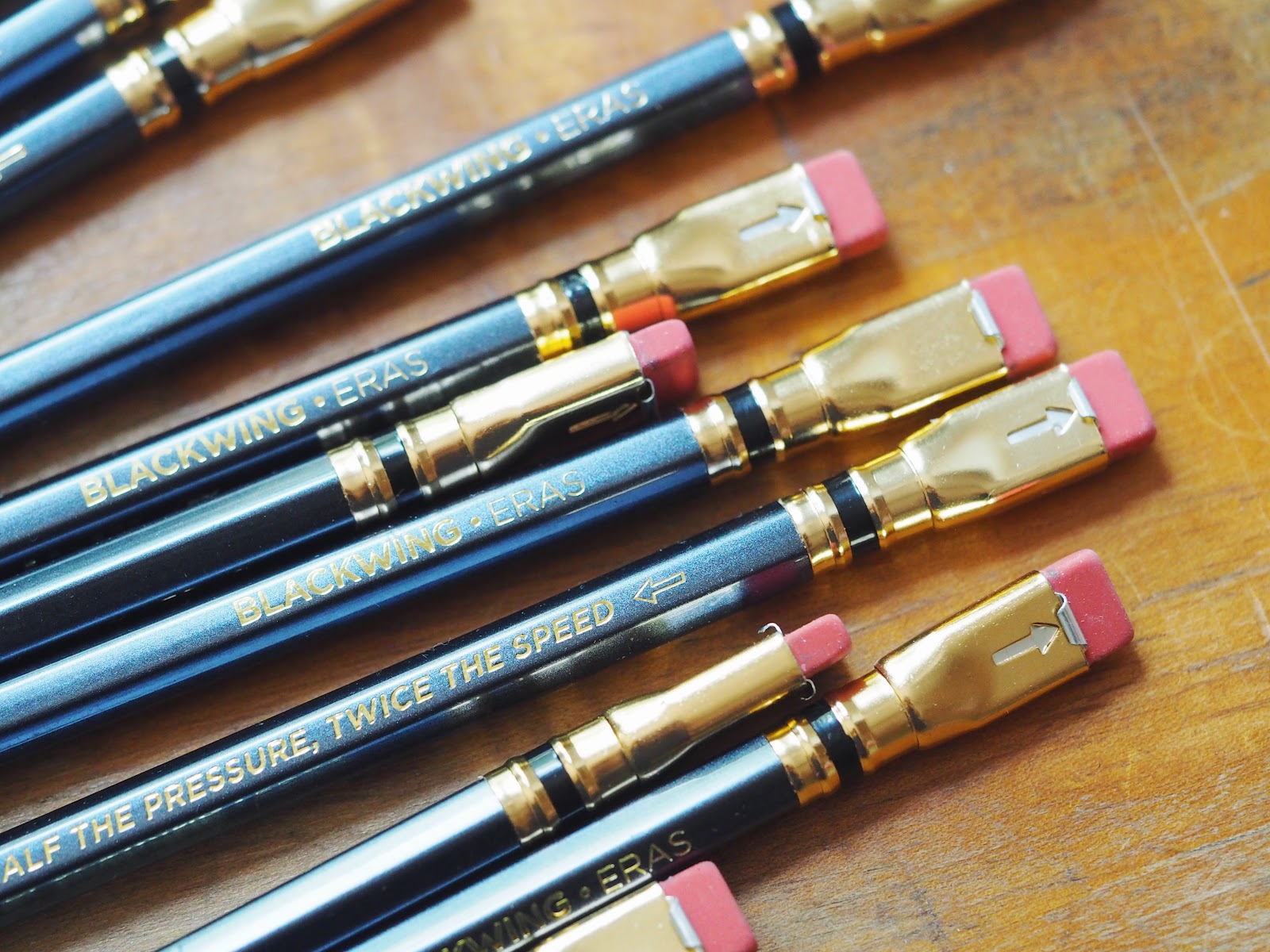 Here is a comparison against one of the previous Eras (another personal favourite pencil edition). Please do not mind the scruffy ferrule, akin to unkempt cuticles on the hands of a pen clerk. This is actually the back end of the eraser as the used end is in slightly-worse-than-unkempt condition. 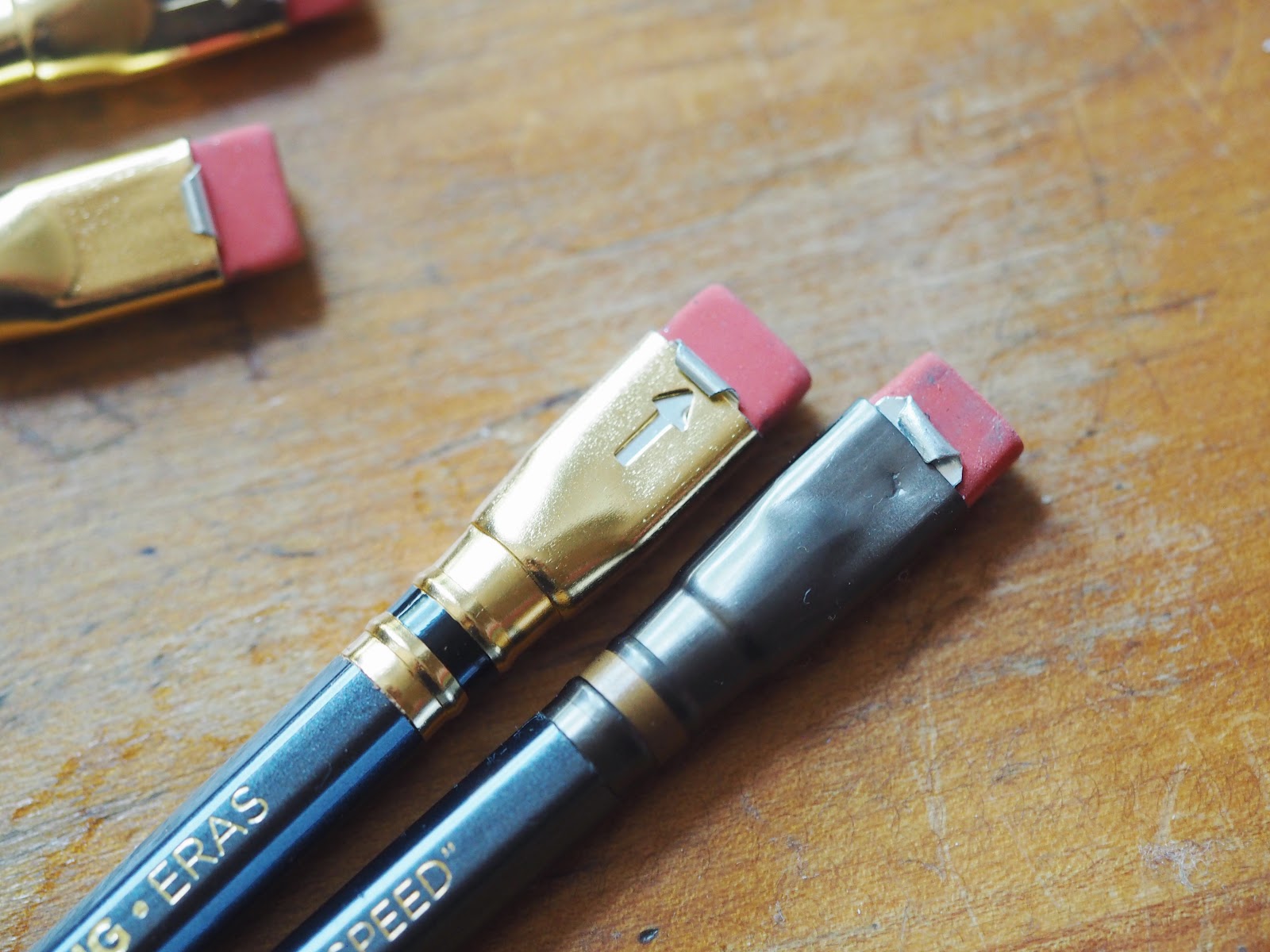 I continue to experience delight at the arrival of a new box of pencils into my supply cupboard, a new pencil to sharpen into my cup. There is something so satisfyingly tangible, so tactile about a box of pencils, or even just a few individually chosen pencils in a flat paper bag. I talk about this all the time because it never gets old, the feel of a pencil in the hand and on the page, or sharpening a dull tip because you’ve been so productive with it and not because you’re procrastinating. 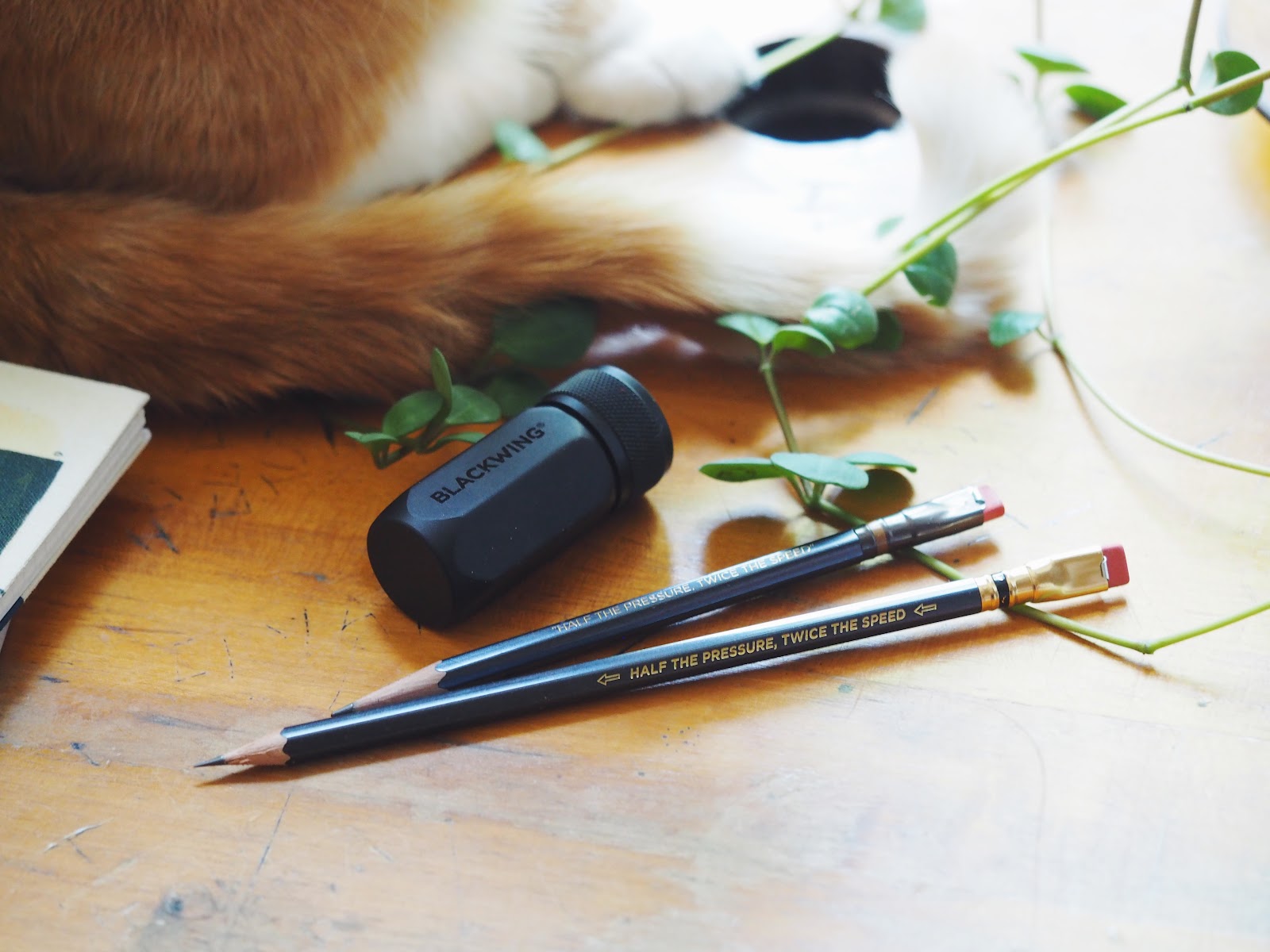 In any case, the end of summer has come barreling towards me, new pencils and new inks and new stationery unable to stop it.

I continue to enjoy my existence as a dairy farm. The kids continue to enjoy spending their young lives shrieking and running around like manic hyenas, both mostly unclothed, Caleb channeling Attila the Hun, Naomi channeling magical unicorn power. Jon has, in a stunning emotional defeat for him, conceded to, I kid you not, pay money to install a cat door on the kids’ bathroom in this renovation, as, in a stunning emotional victory for him, he has decided he can no longer live with the kitty litter in our living room/kitchen, so the litter will go in the kids’ bathroom. The kids are not yet aware that this will be perhaps somewhat unpleasant for them. Hopefully by the time they cotton on they will just be used to it.

The other day one of the cats threw up on the stairs and the whole family gathered around to watch and cheer on Jon as he cleaned it up, giving helpful little directions and encouragements (one and the same?) from both above and below steps. That’s neither here nor there, but just a tiny little story, one of many that make up our family’s rich inner life. Here is another one: we were all sitting in the living room and Tuna got up and began hacking as though he was going to throw up. Jon, casually, from the couch, said “it’s probably just a hairball, Tuna was just cleaning himself.” Jon Chan, cat psychologist.

Hope you are bobbing above the emails threatening to drown you (or maybe just me), hope you are finding a few minutes here and there to make a few notes or scribble a few lines in your journal. Hope you are doing well, wherever you are. 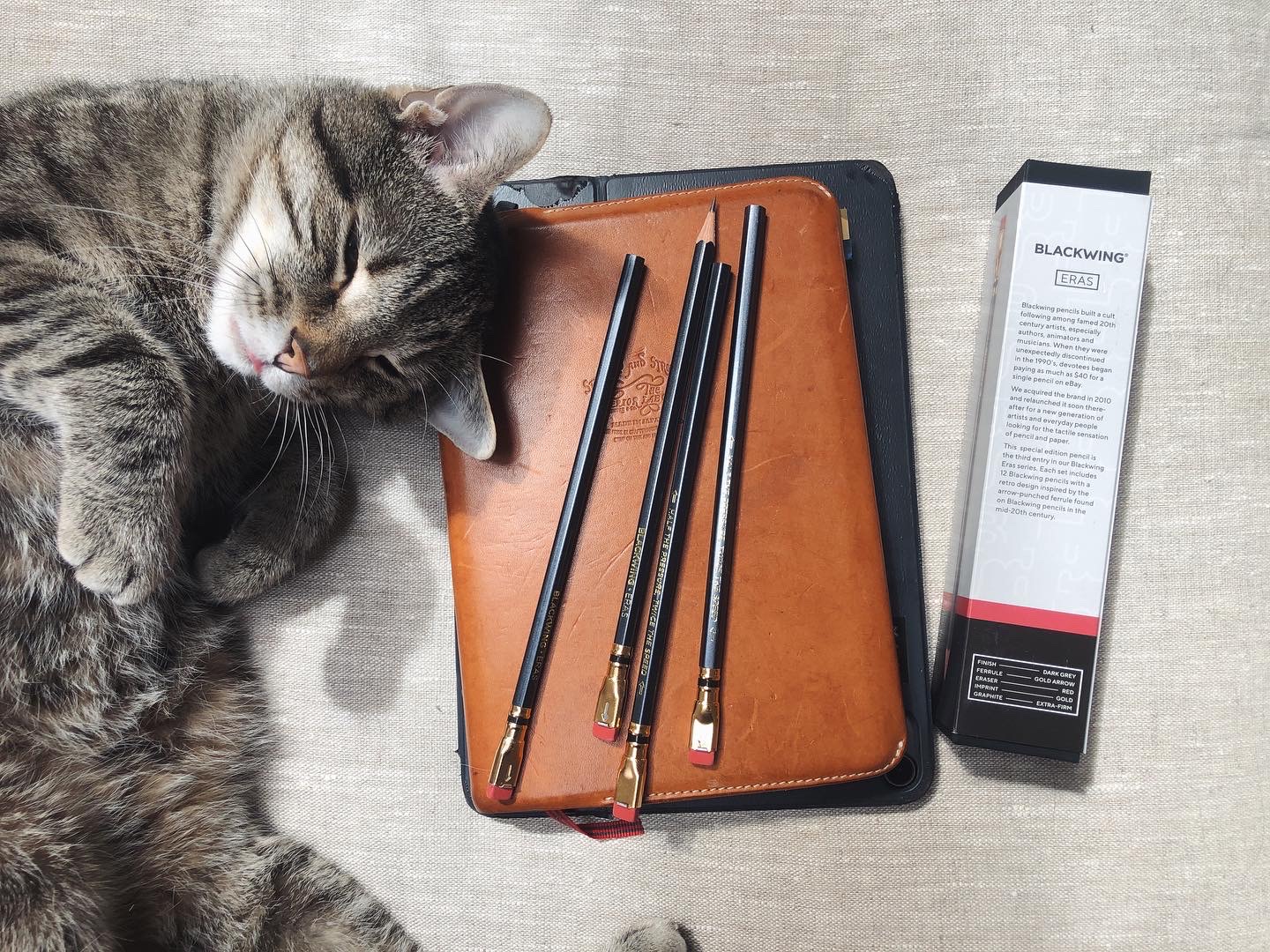 Tell Jon that Cat-dads are the coolest dads ever! 😎

i’m going to keep a notebook copying down your end wishes. Hope you don’t mind. i love them.