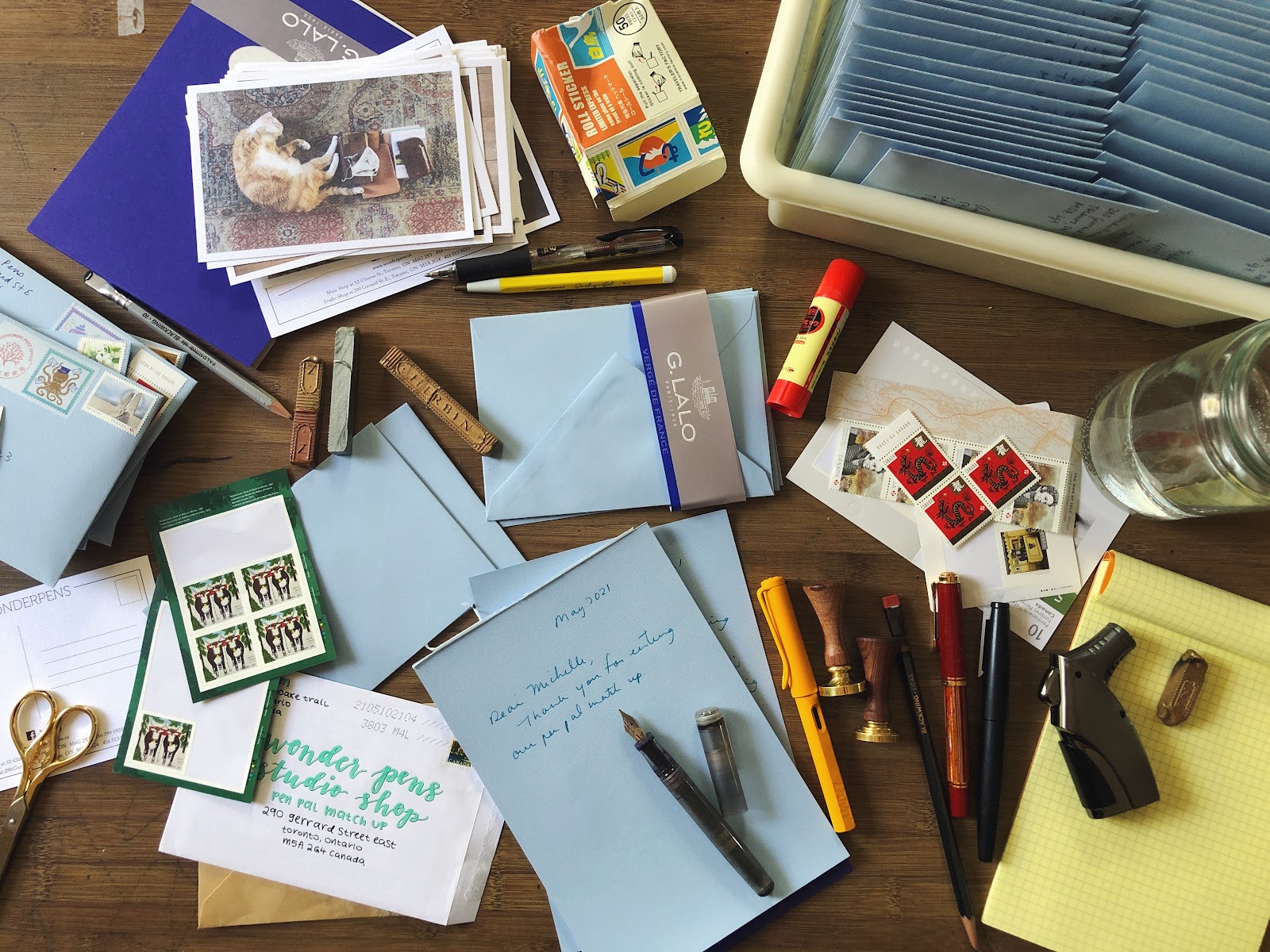 In surprisingly prompt fashion, all of your pen pal matches are now out into the wild. They were mailed a week ago, so hopefully making their way to most of your mailboxes soon. Last time we ran the match up, I had some unexpected logistical problems and it took me a few extra weeks, but this time, we were on top of things.

It was another satisfying couple of nights sorting through mail, sealing envelopes, affixing postage. Interestingly, Caleb is now proficient enough as a reader to read your letters and give a decent summary of the person it is. “This person is a teacher who is 28 years old and likes to read mystery books. They included some stickers.”

Several of you requested more exotic locales, international, for example. After having done a few match ups now, and also gotten feedback from some of you, I have to strenuously, strenuously, insist that I think location is a very moot point when it comes to a pen pal connection. That is absolutely not to say that it is not or could not be exciting to have a pen pal in Indonesia or the UK or Brazil, but it’s to say that some of my best pen pals, the ones I’m closest to, are the ones that I have a real connection with, whether they live just outside of Toronto or farther away. I do try my best to match based on overall suitability, and I’m counting on a good deal of grace and generosity and serendipity from the letter writers that enter, but I do also feel like there are some times when I read a letter and I just feel like this person would be a really good fit with this other person, who is a customer and who maybe I know on Instagram, etc. And they might both live in Toronto, which may seem lacking in thrill, but it might also be a really great friendship. Who knows! 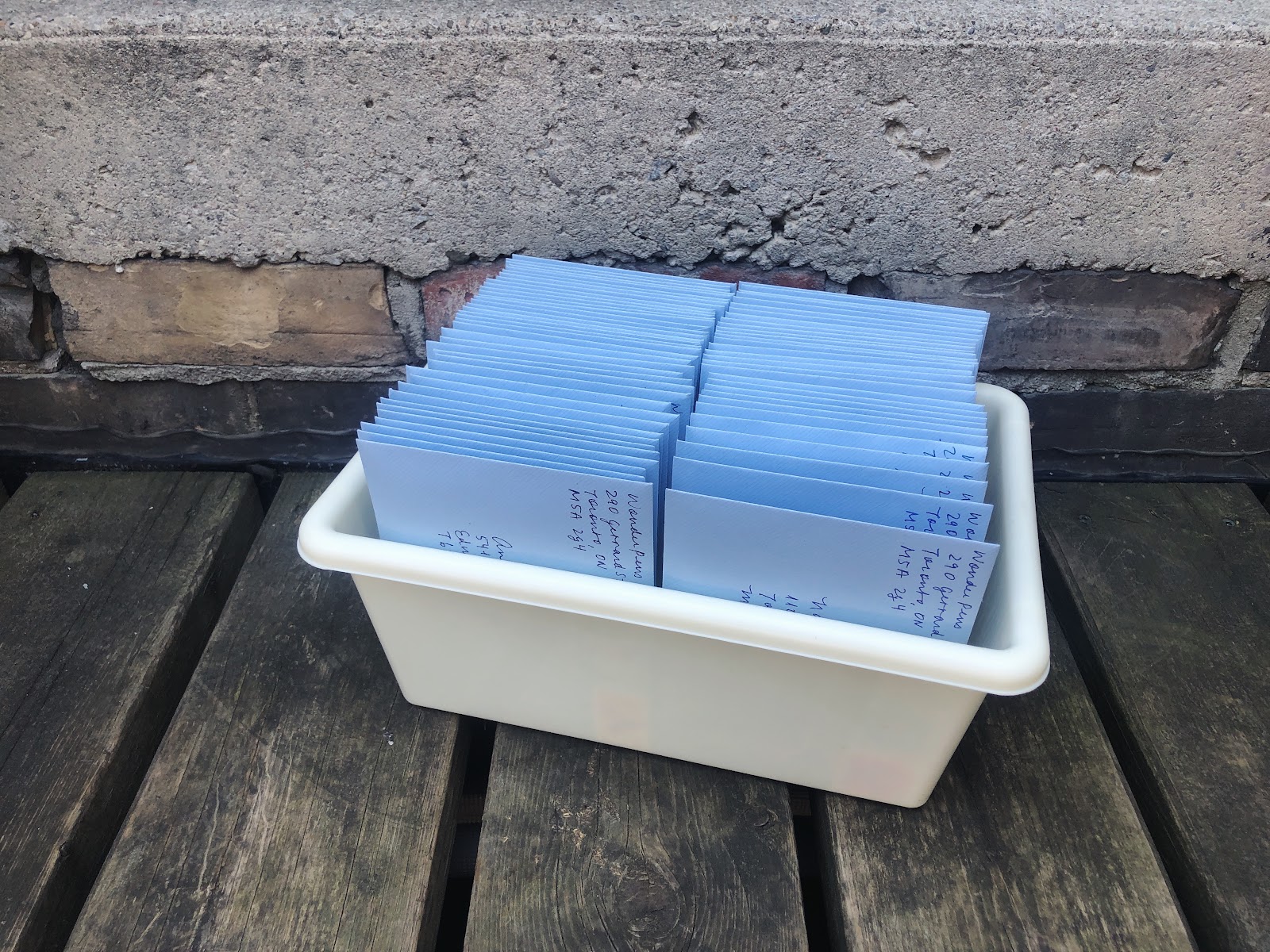 I’ll mention this at the front end of the next match up, but here are some tips that would help me out.

The most important one: Please write your full name, and full address on both your envelope and on the letter itself. If your letter is undeliverable, it will be more difficult to return to sender without a return address. Also, perhaps more importantly, I keep the envelopes for about a month after I mail out the matches. If one pen pal contacts us and says an address was not legible on the introduction letter, I go back to the physical envelopes to see. I have several envelopes that came with zero information on them.

I would also say to not enclose your address on a separate slip of paper that could so easily flutter down to the floor and not make it into the envelope of your pen pal. Ideally, in a dream world, you would write, clearly and legibly, your address on the letter proper. At the very least, use a sticky note.

Also helpful were those of you that included previous matches in your letter, or if you and your friend were entering and didn’t want to be matched, etc.

That being said, of course I did my best to make sure all matches were safe and sound, these are just things that I would appreciate if at all possible. 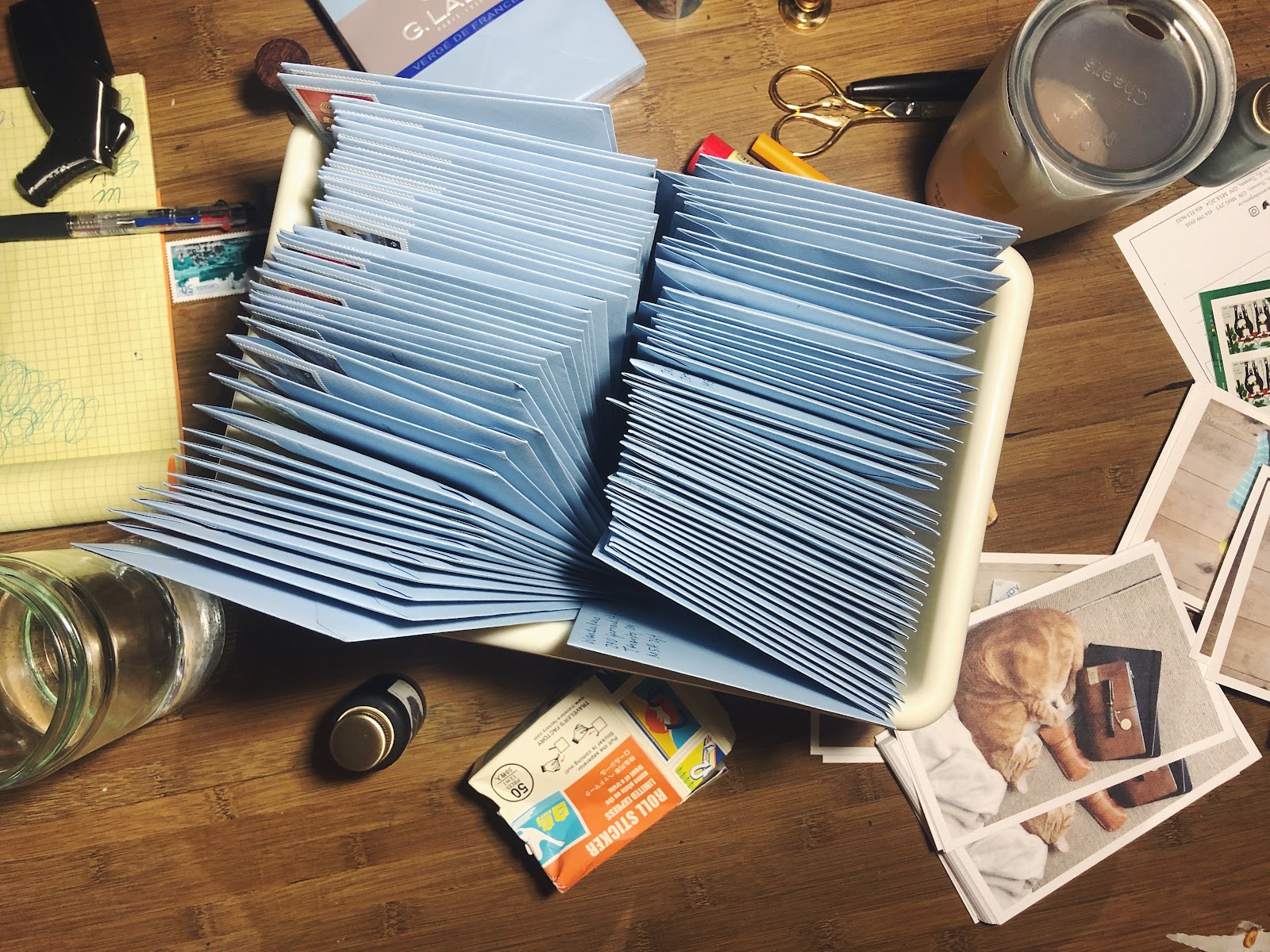 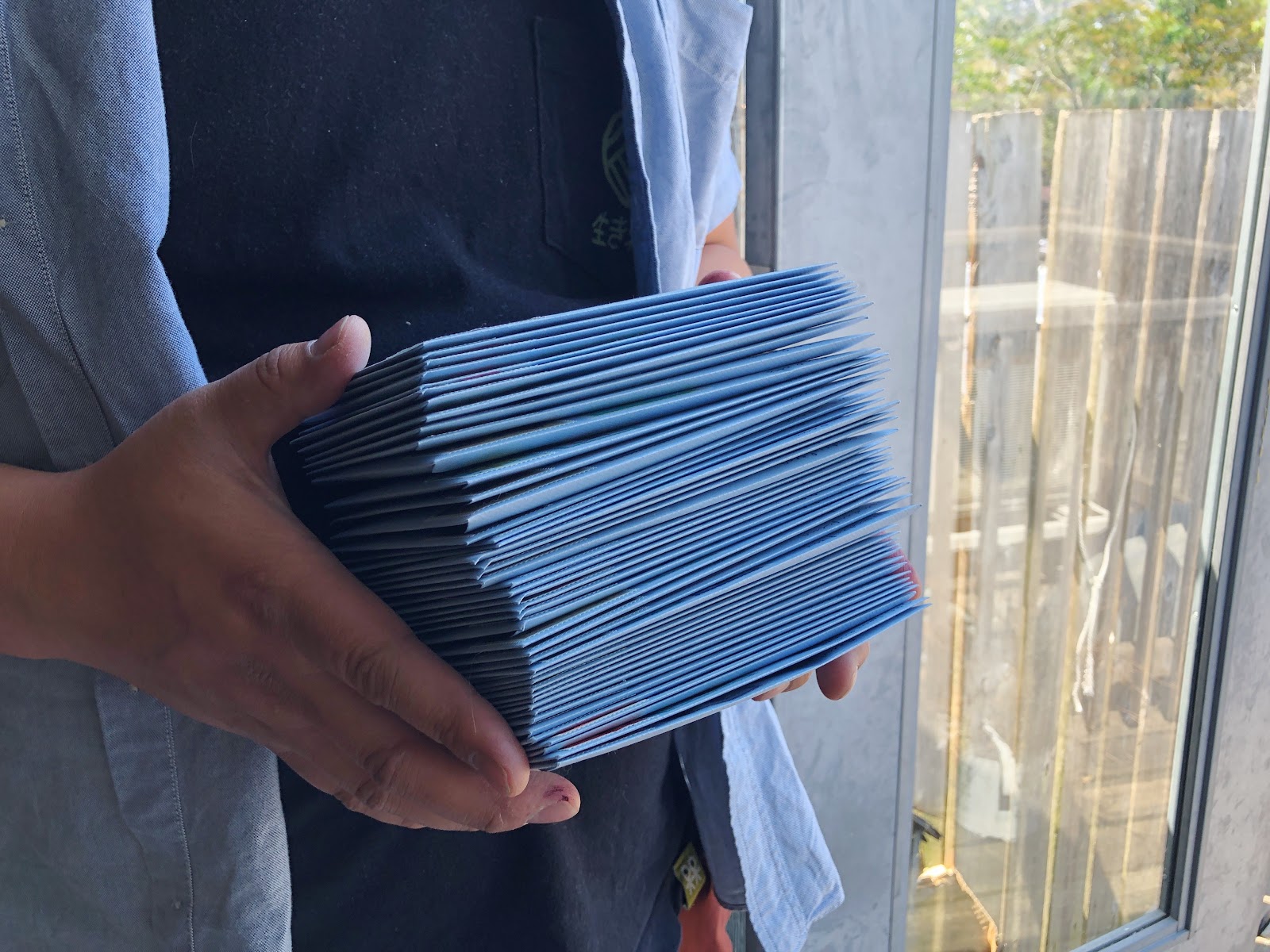 What a whirlwind! It’s always exciting to see all of the mail coming through the mailslot, everyone’s envelopes and addresses from around the world. Mostly from Canada and the US and some from Europe, Australia. This time around, rather than read them as they came in, I saved them all to read at once, so I could match everyone up in one monster round. Familiar names, new names, a few treats for me or the cat tucked in with things.

What a glorious community. These sorts of things are only possible with a community like this, in numbers, in enthusiasm, in appreciation for snail mail. We will run another one maybe in a couple of seasons. I am tremendously grateful for the opportunity to do things like this, sending out just a bit of joy into the mail. 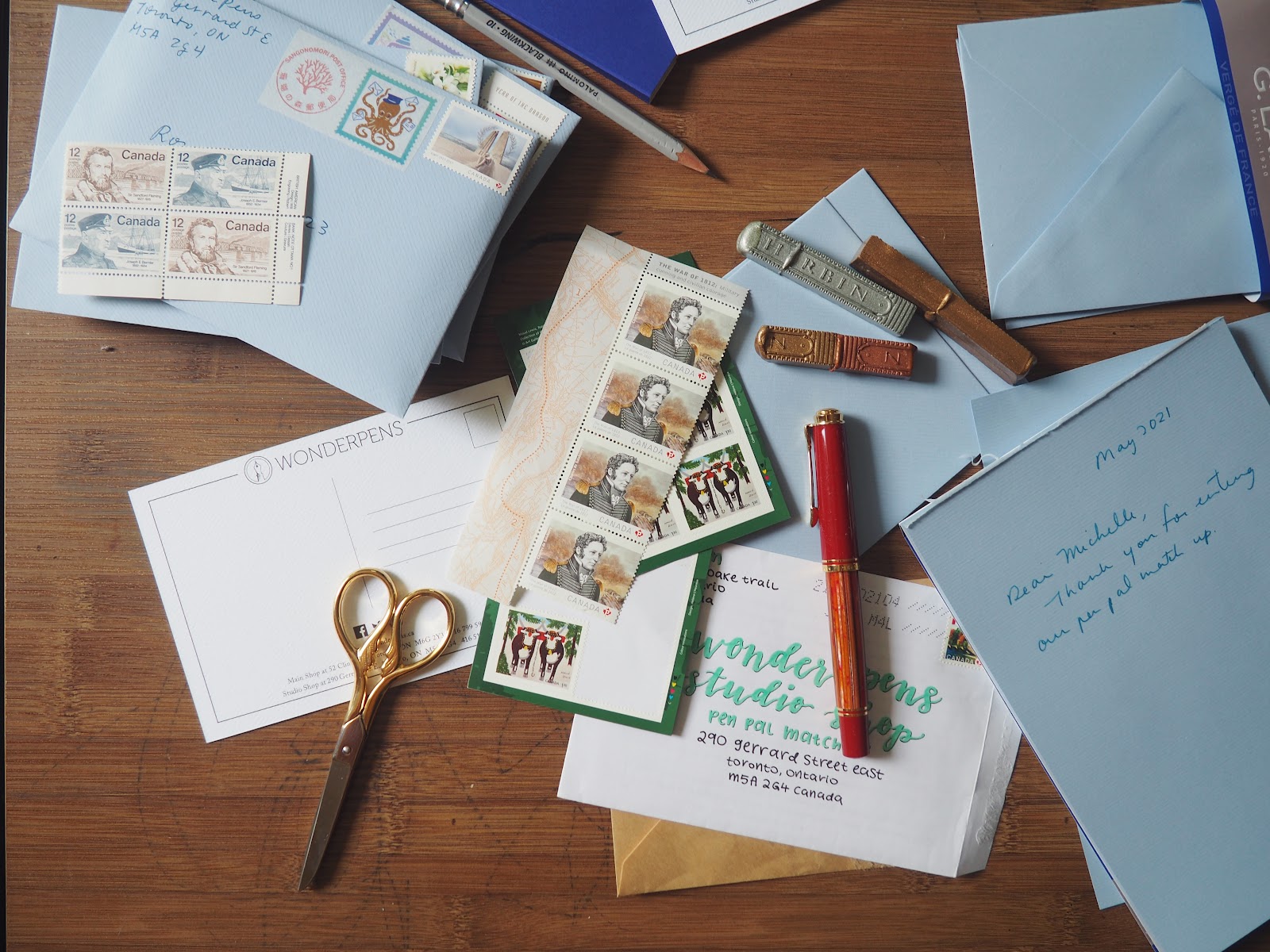 Liz, thank you so much for coordinating these match-ups, the workload must be enormous!! Writing to my pen pals has made quarantine so much brighter.

Caleb gets an A+ in reading , comprehension, and summarizing out loud in his own words. Great homeschooling. He even read an individual’s unique
cursive handwriting, which many adults cannot do.
Do not underestimate how much he learns by being a curious and helpful member of the family business!

You all are incredible. Thanks for doing this again. This is third match-up with you and I’m looking forward to my meeting my new pen-friend.

Hi. Please let me know when your next pen pal match up is. It would be quite fun to participate.