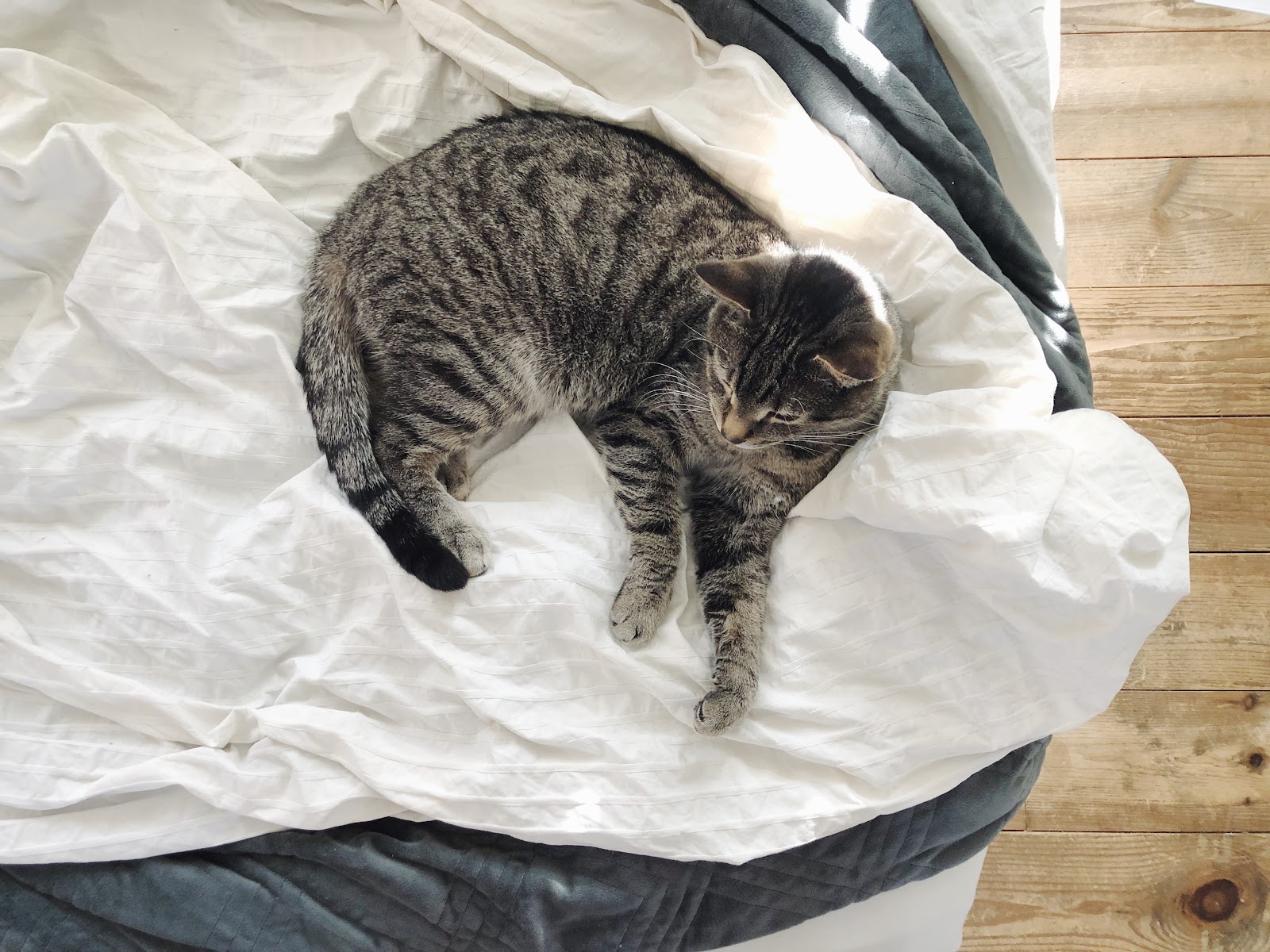 I had previously stated that Tuna had ceded most of the house except the kitchen and bathroom to Chicken, and this has turned out to be untrue, no news cycle able to keep up with the vagaries of love between these two.

Chicken used to enjoy sleeping on the big bed, but now it seems that Tuna has come aboard as well. Tuna is so goofy that I think he’s actually looking for Chicken, and possibly even waiting for Chicken to join him in the bed, his lounging grey stripes the ultimate attraction, not realizing that Chicken has likely found another room in the house to sleep in.

Several of you have suggested that Tuna needs to be kicked off, that Chicken has suffered enough, and that it is all dissolving into anarchy here and a chicken can only take so much. I would not disagree with you. Were I to have an all-cat meeting, discussing boundaries and rules, I would gladly declare the bed, at least, to be Chicken’s. But it’s so hard to catch them together in time, to explain Tuna off and convince Chicken that the bed is not contaminated, before Chicken skulks off somewhere else, shocked and betrayed.

These days Chicken has found a new bed, and I’m trying not to have my feelings hurt, that he would prefer the wasteland terrain of smelly underwear and overdue library books. 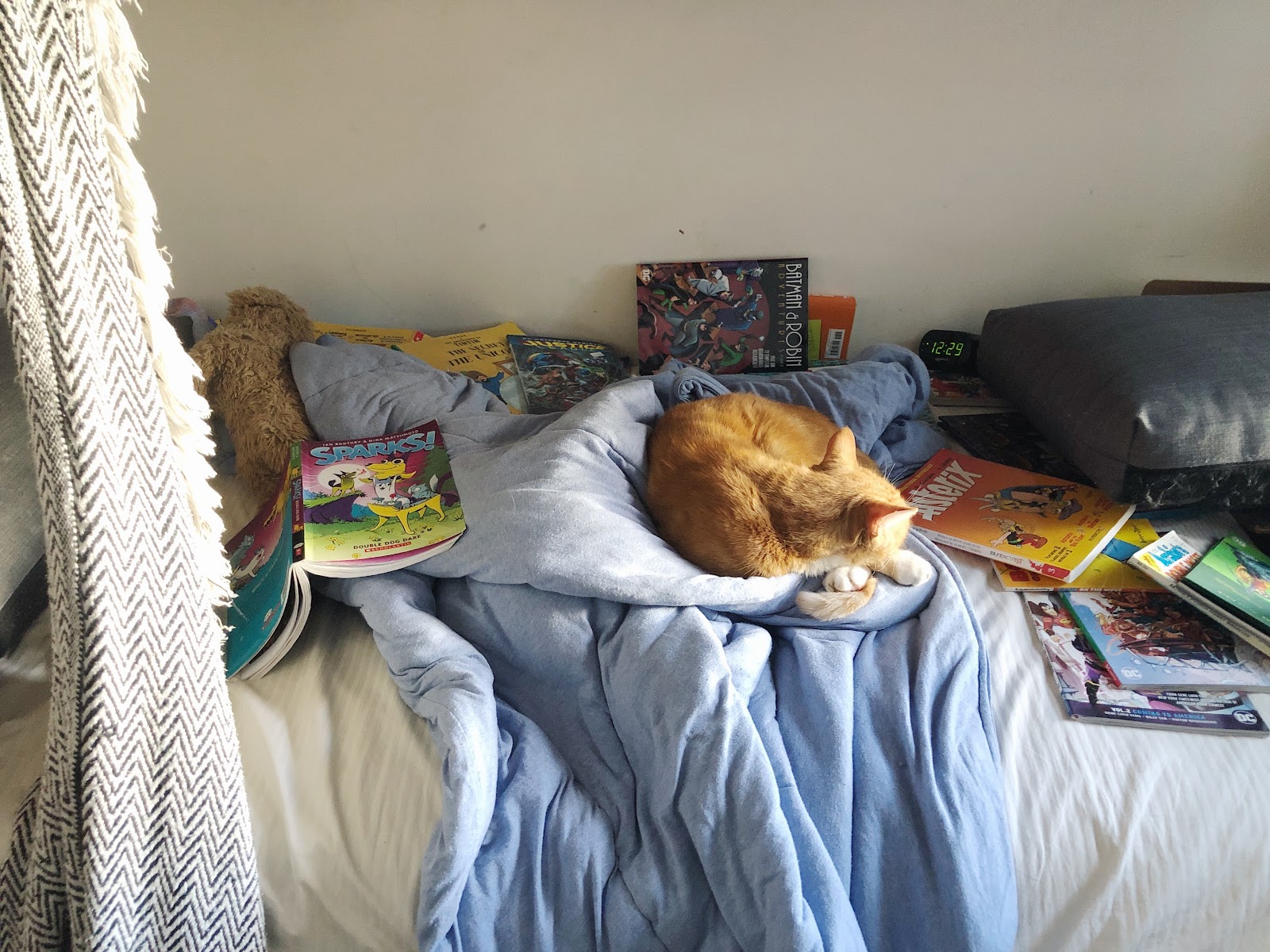 In any case, the cats are continuing to figure it out.

It might be my imagination, but Chicken seems less stripier than usual. According to google, cats don’t change their stripe patterns, but it seems like Chicken is slowly moving towards a solid, perhaps even his stripes on strike against intruding felines, welcomed into the bed. In my extensive research, I’ve discovered that “stripey” is not any sort of official designation, and that there are general stripe patterns that most cats fall into. Chicken may be more of a “classic” and Tuna—get this—is a “mackerel” stripe pattern. This is neither here nor there, just one of my many observations on the cats. No one in this household seems to have an opinion either way.

We continue onwards, math worksheets in bed, trying to decipher stationery descriptions on foreign language websites with my phone’s Google Translate app, complaining about dust in the house to cats who just lick themselves and then go to sleep.

As a vet tech student, I agree with your opinion on the tabby patterning. Technically Chicken is a “orange tabby with white” 😉