Chicken’s Corner: Chicken of the Sea 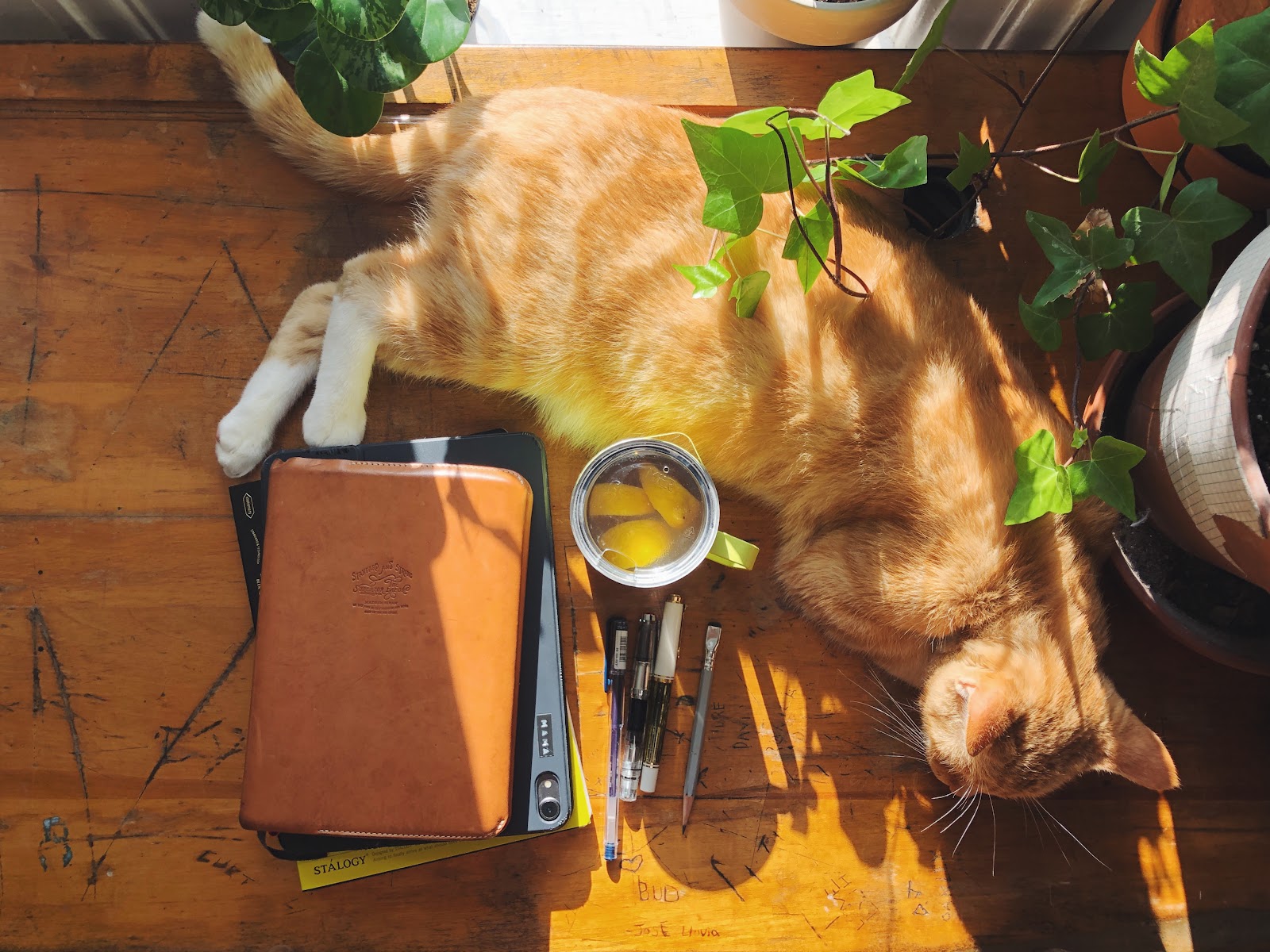 It’s getting colder, and I am embracing all the warm and furry things I can get. The other day Jon called from the road, and he told me that he saw the grey cat following the mailman on Berkeley, which is a residential street adjacent to us. This is not necessarily surprising, since the grey cat is so amenable to strangers and his “family” alike, but it’s also the farthest either of us have ever seen him go. Unlike Chicken, who seems to traverse blocks away, the grey cat mostly stays in the adjacent backyards, and is so unwiley and goofy and not-street smart it only makes him more lovable. He gets trapped in the next door neighbour’s chicken wired garden regularly, while the squirrels scamper around, in and out of large gaps, wondering what he’s doing.

In any case, Jon called me to go get him since he was already in the car and zooming off and I looked at the kitchen table and it turned out not only was the grey cat lounging on the kitchen table next to me, Jon does in fact have some small shard of his heart occasionally allocated to this stray. And also, apparently, some mild confusion about what the grey cat looks like.

And, in full disclosure, I must now admit that all along, we have been calling him a name other than the grey cat. Having some shame, I’ve been pretending like we haven’t named a cat that clearly isn’t ours but had wandered one day into our backyard and to whom I have become emotionally attached. It was a bit of a joke with the kids, oh, we can name this stray cat, oh, yes we can name squirrel—not, let’s actually name this cat that doesn’t belong to us and bring him into our home and pretend like he’s ours and possibly kidnap him from his owners. In any case, we’ve been calling him Tuna. 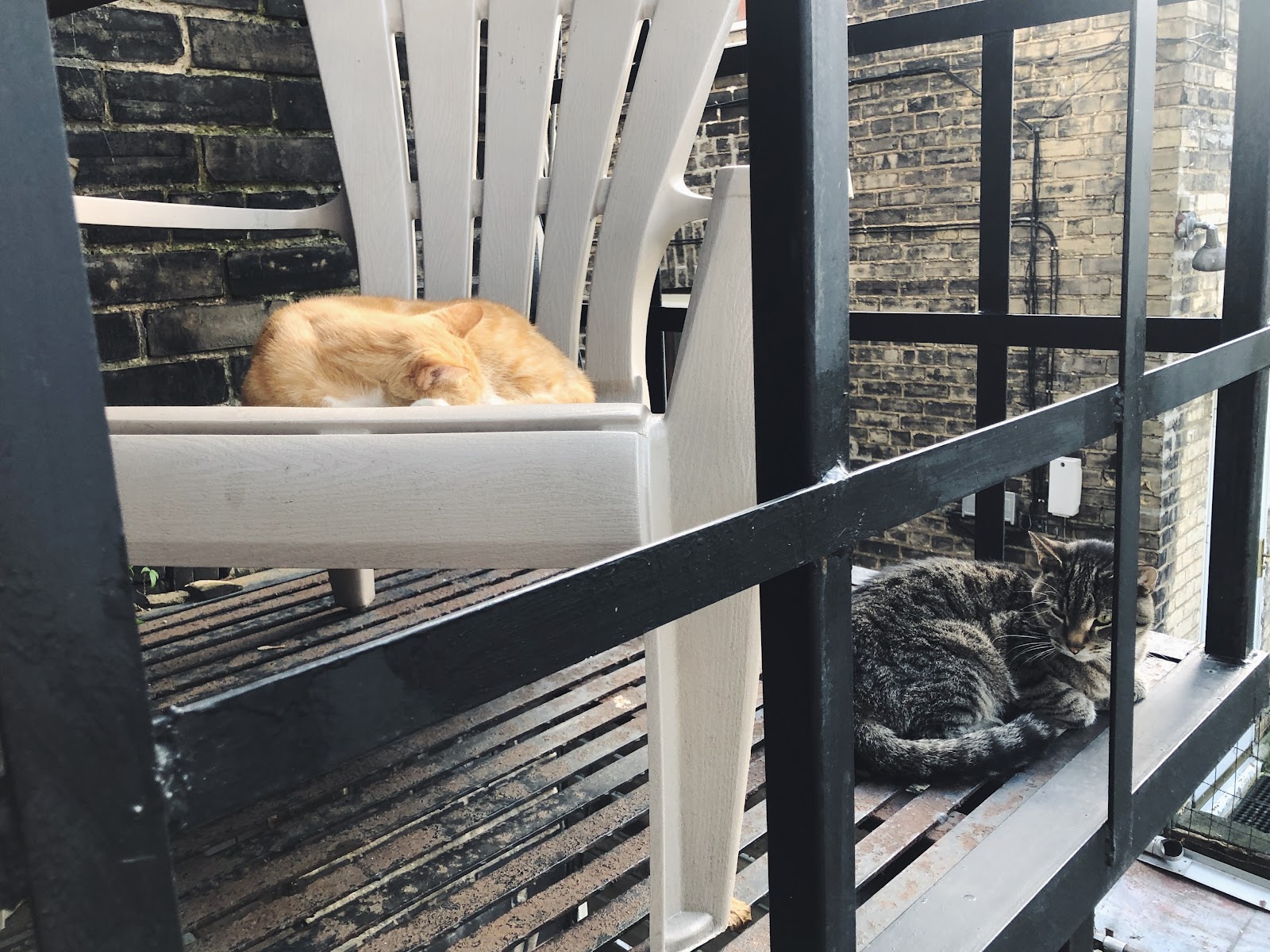 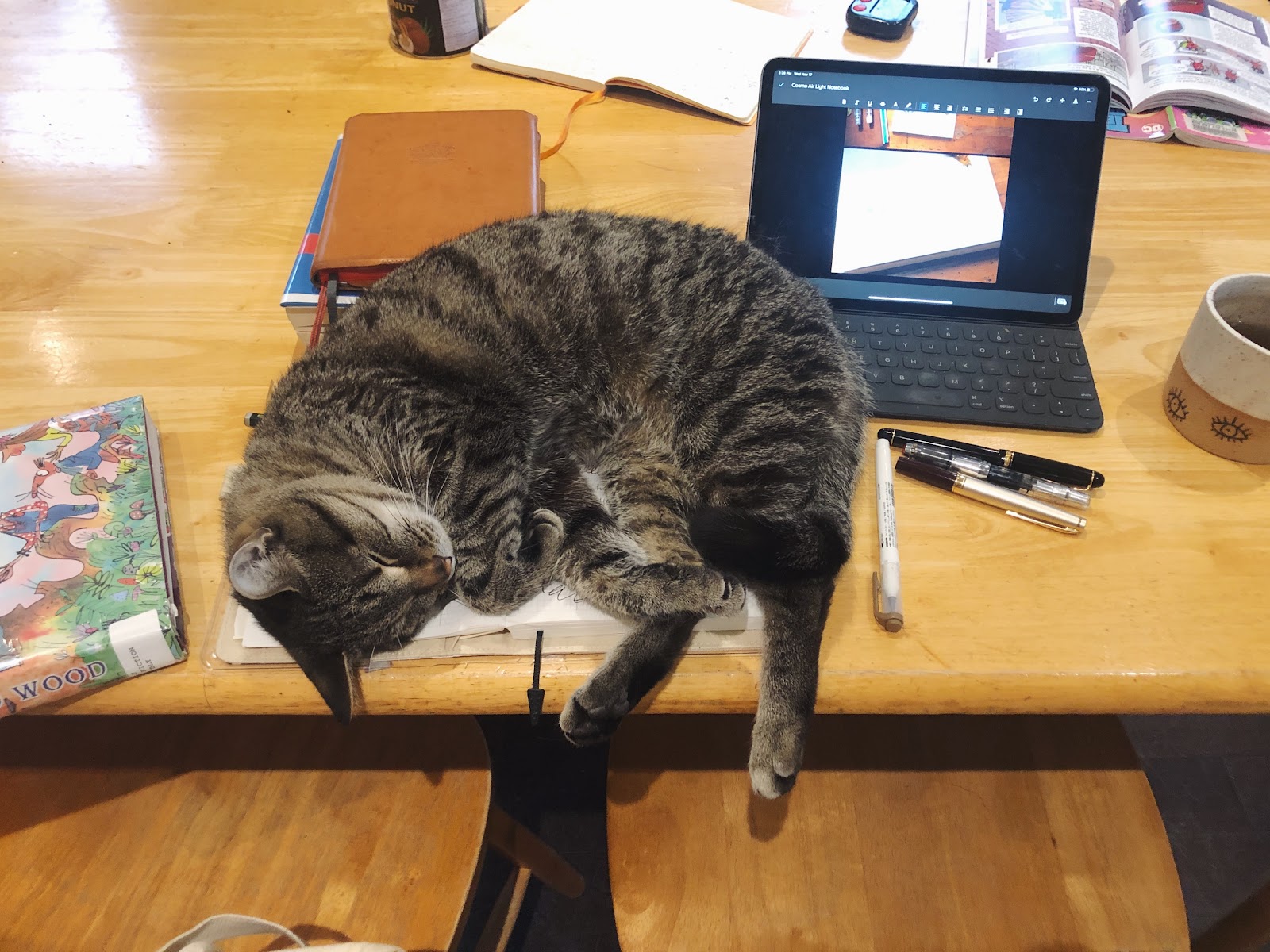 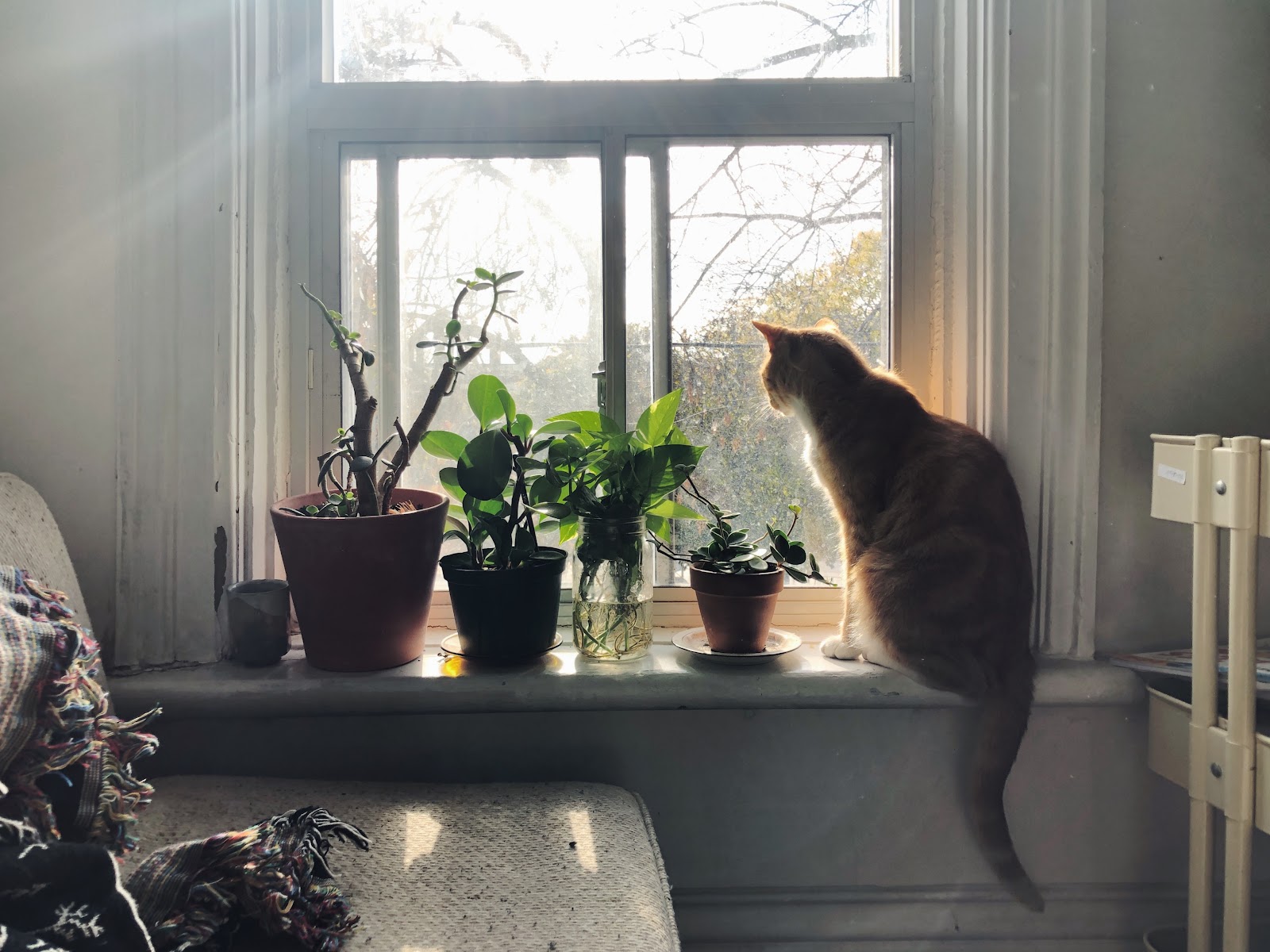 Chicken and Tuna, how perfect!

I am anticipating Ham, maybe Mayo next? Hoping for a full deli experience on your delightful blog, Liz!

I absolutely loved this post. You have such a talent to tell stories. I hope you write a book one day.

I mean, Tuna has clearly adopted you as his family…even if he has another home somewhere. It’s clear by the amount of time he spends with you that he prefers to be there. I’ve definitely read stories of cats having multiple homes. It’s not like you are trying to make him an indoor only cat!

Tuna seems like a delightful individual, a born opportunist. I hope you can connect with his humans one day and report his activities. So glad to hear this update on the cat situation.