Pen Pal Match Up Out in the Wild 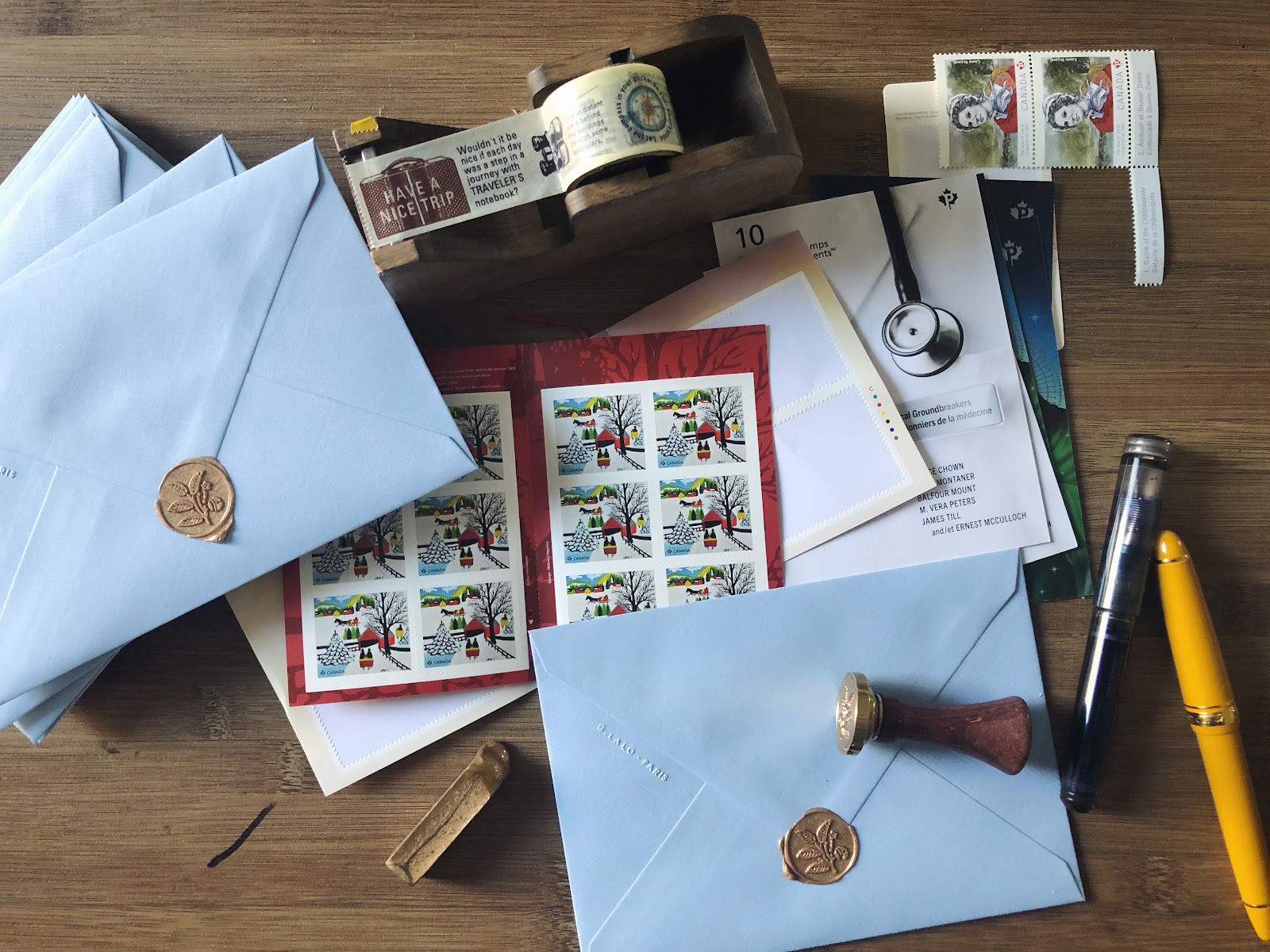 The pen pal match up is, at long last, completed. It was a beautiful, cumbersome beast, and I can’t wait to do it again.

In case you missed it (and I’m so sorry if you did!), in August we announced a pen pal match up where you write in, we match you up with someone, and then we send your letter to your pen pal and your pen pal’s letter to you. All the letters have now been sent out, although the last batch only went out at the end of this past week.

Here’s the last batch of letters out, an incredibly satisfying accomplishment, all those textured blue envelopes. I will spare you the chaos of envelopes, stationery, wax seal nubs, various pens, tape, stamps, and all the extraneous things of my desk. 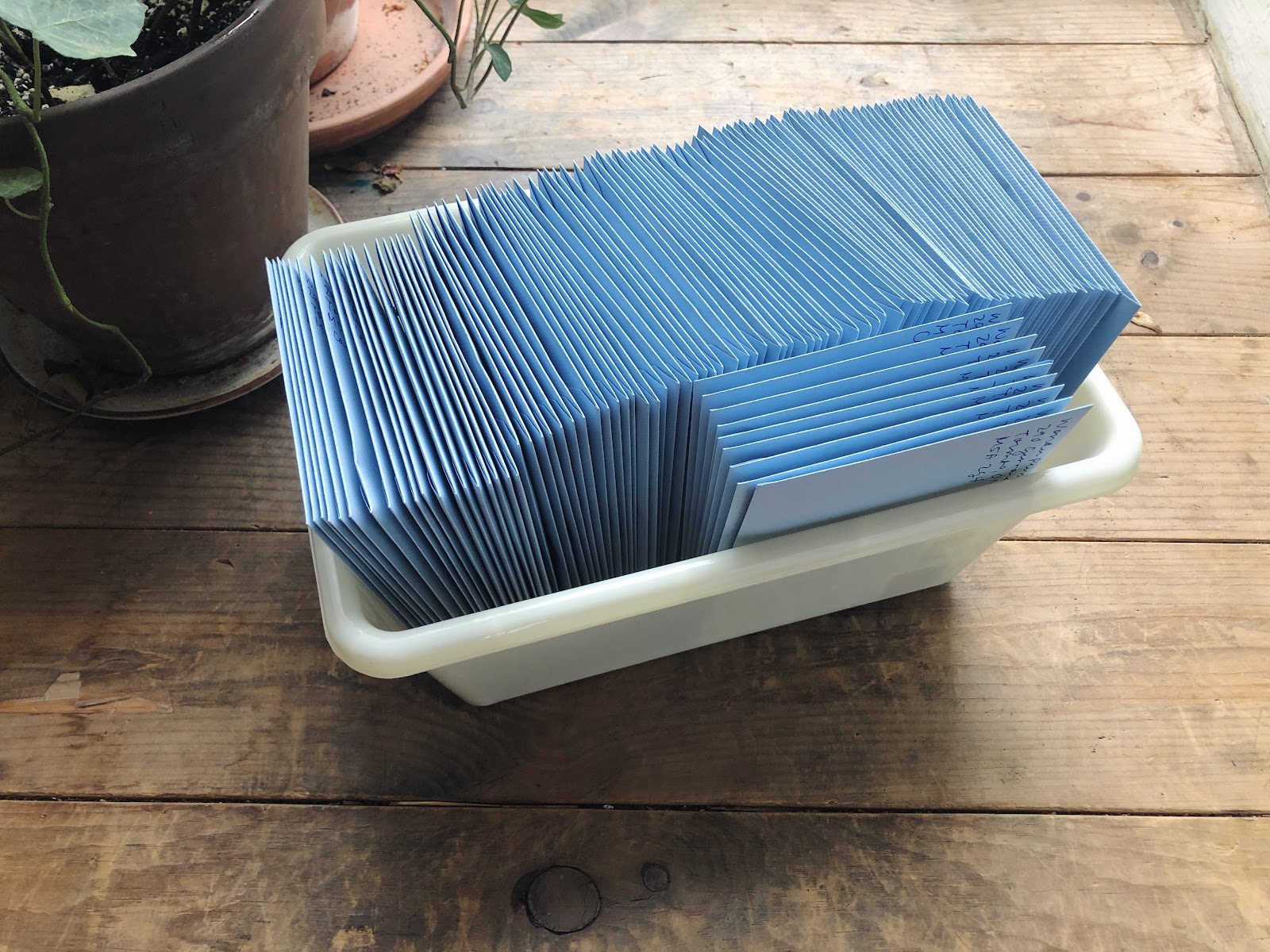 Some of you were excited by this new format, as you’ve had so-so luck with the match ups that were done by email (where you submitted your information digitally, and we emailed you your pen pal’s information). Perhaps because it’s a lower barrier of entry, people who thought they were interested but weren’t fully committed signed up, and then weren’t able to follow through, I’m not sure. Others of you, understandably, were less enthusiastic about the additional time it clearly would take. Certainly, though, I got great vibes from reading the letters of people who wrote in.

Matching up everyone was a lot of fun, especially as we’ve gotten to know some of you over the years through the shop. We didn’t request any specific information (age, gender, etc.) but let people describe themselves however they like. It was helpful when I got information like age, because sometimes it does make a difference, to write to someone in a similar season of life to you, whether it’s having young kids, or just graduating from school and trying to find a job, or recently retired and exploring life adventures, although of course it can also be a lovely adventure to write to someone in a completely different world. Some of you had specific requests, such as for a specific gender or not to be matched with someone with kids, which I tried my absolute best to be mindful of, however, how can I truly know if someone doesn’t have kids, just because they don’t mention that they have kids in their description?

I tried my best to take into account people who seemed to enjoy mail art, or who wrote about similar interests, whether it was a reading genre, or similar careers. Sometimes it was a bit more serendipitous: these two people used the exact same stationery for both their envelope and their paper, and they both wrote in purple ink. A sign? Yes, absolutely. (I’m only sort of kidding, I of course also tried to use some judgement.) But in the stream of a letter, you can often get a sense of someone’s personality, and their general aura of life. I also have a very active imagination, so there’s that. 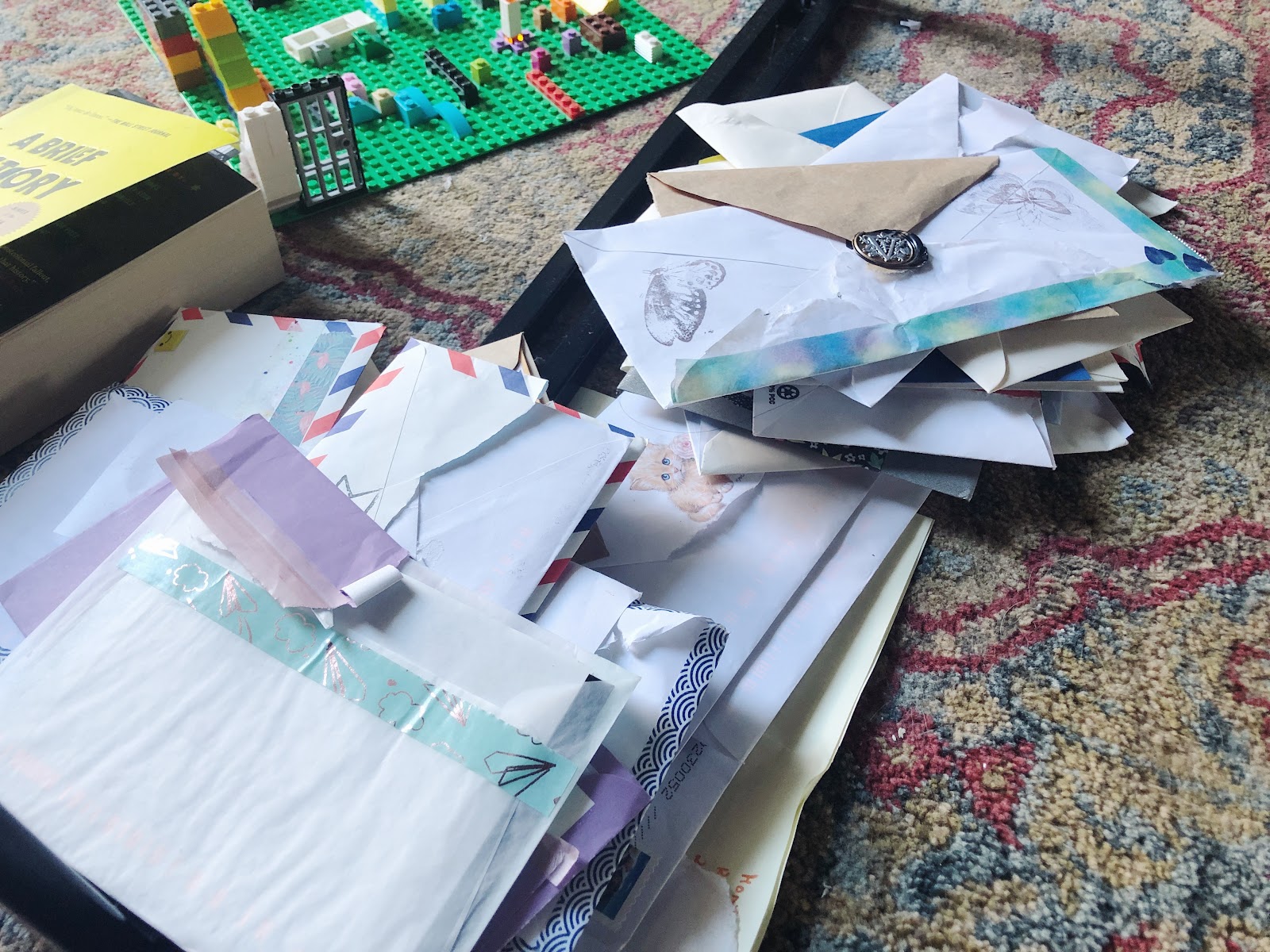 It was a bit harder when people just wrote in with only a sentence or two introducing their names, and then included their address. Do I match two cryptic people up? What are they going to write about? Who knows?? But I have a lot of faith in the snail mail fates. They have certainly treated me well.

After matching everyone up, I spent a very lovely and meditative several days putting people’s letters in envelopes and writing a very brief note in each one. It felt a little like that scene in the film The Lives of Others (one of my all-time favourite movies!) where he’s sitting in the catacombs sorting through mail, slowly turning into dust, but of course much more heartwarming as I wrote some familiar names onto envelopes, put on stamps.

One unexpected bonus of all the snail mail was how many pens I emptied out! I had been accumulating inked up pens over the last several weeks and months, with new inks being introduced and trying to put out writing samples for the blog. Not all these were full when I started, but it was also very satisfying to clean them all out. 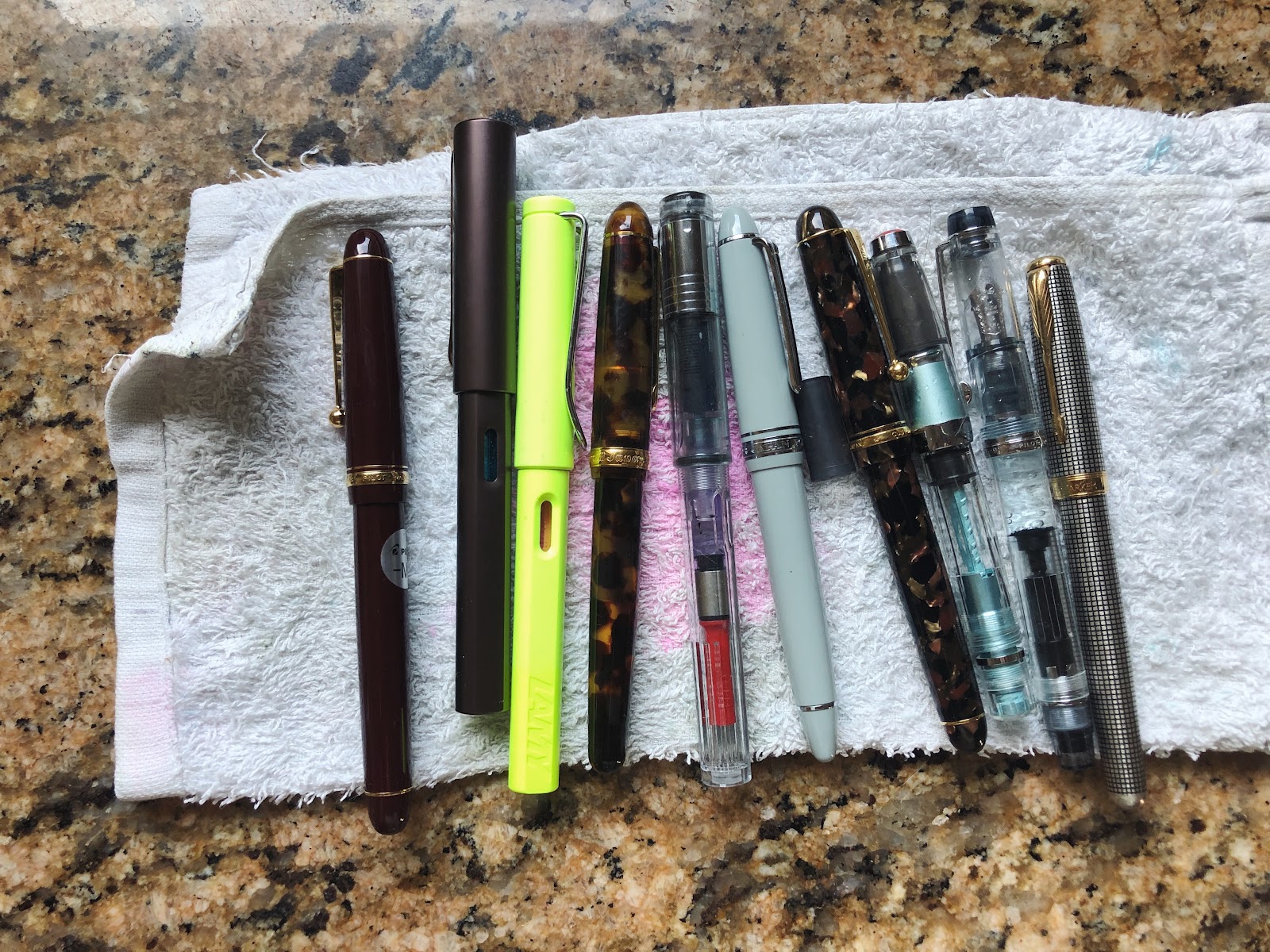 Helpful things people did that I didn’t realize would be helpful include: making an effort to be legible when writing their address, even if the rest of the letter was a bit more free flowing, writing their full name and address on both the envelope and on the letter inside, not including confetti. For those of you who didn’t write your address on the letter itself, I copied the address from the envelope (hopefully I didn’t make any mistakes!) into your pen pal’s letter.

I’m keeping the envelopes paired up here, just in case there are any problems. If you are unable to read your pen pal’s address, I can dig through the envelopes and see if there is an address on the envelope that might shed some light on things. Please contact me as soon as possible, as I will be destroying all the envelopes at the end of November. Some people did creative things, like the old air mail style where you write your letter on a piece of paper that folds into the envelope itself, in which case I may not have a trail for you, but I would have sent your pen pal your letter and your address, so at the very least, hopefully they will be writing to you.

I really hope it works out for everyone who wrote in! For some of you, I feel a bit like a self-satisfied Cupid, knowing that you’ve been matched with a truly wonderful pen pal, and I can’t wait for your future correspondence to bloom.

We are going to run another one soon, perhaps in the new year after the holidays.

In any case, another season of letter writing is ahead as we look to Christmas and holiday cards. This is the year to send them out, and it’s one of my favourite productions, where even the kids can get involved. I’m hoping to write another blog post soon with some of the new holiday card sets we’ve gotten in.

I’m so sad I didn’t find this until it was already over! Are you going to be doing this again soon? It was so much work for you!

Such a brilliant idea – but so much work for you!
I agree the handwritten letter could help a lot with matching up correspondents.

Thanks so much for the huge amount of work that this was to make happen! I received my match and have already gotten my letter out in reply. This personal way of connecting helps us spread kindness and friendship, and we all could use a bit extra of both these days.