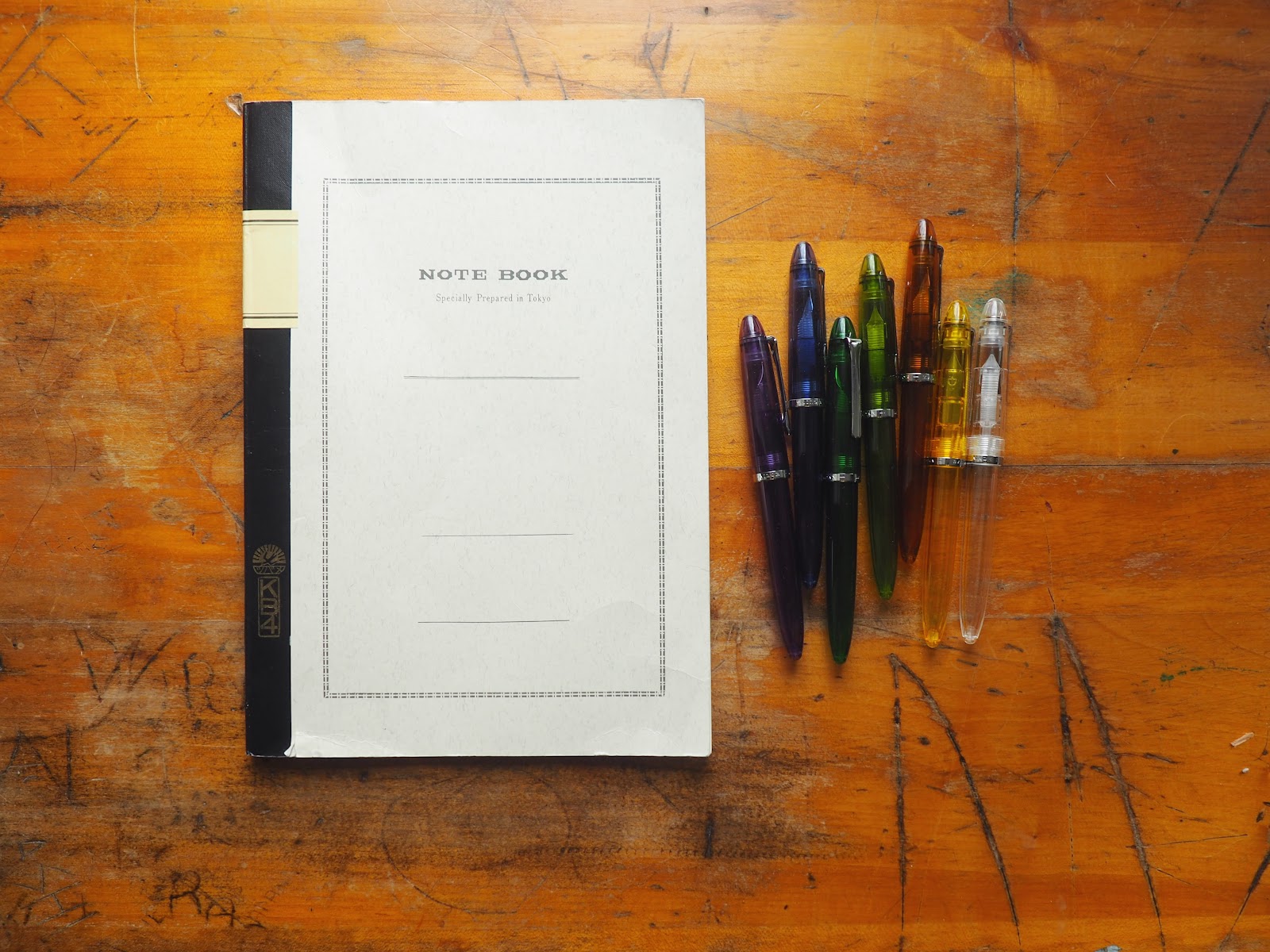 The Sailor Compass fountain pen was released came in ages and ages ago, and they always sell out but here we are now, with a fresh shipment in.

The pen is only available in a steel Medium Fine. A great entry way into Sailor pens, and although the steel doesn’t quite compare to Sailors 14k or 21k nibs, they are smooth and even. The pen would also make a terrific gift for someone getting into (or about to get into) fountain pens, as it comes with a converter as well as two ink cartridges. It’s nice to get a rainbow of colours as well, especially if you’re someone who wants to match the ink to the pen. Perhaps for teachers marking, editing, drawing, students who are taking notes. 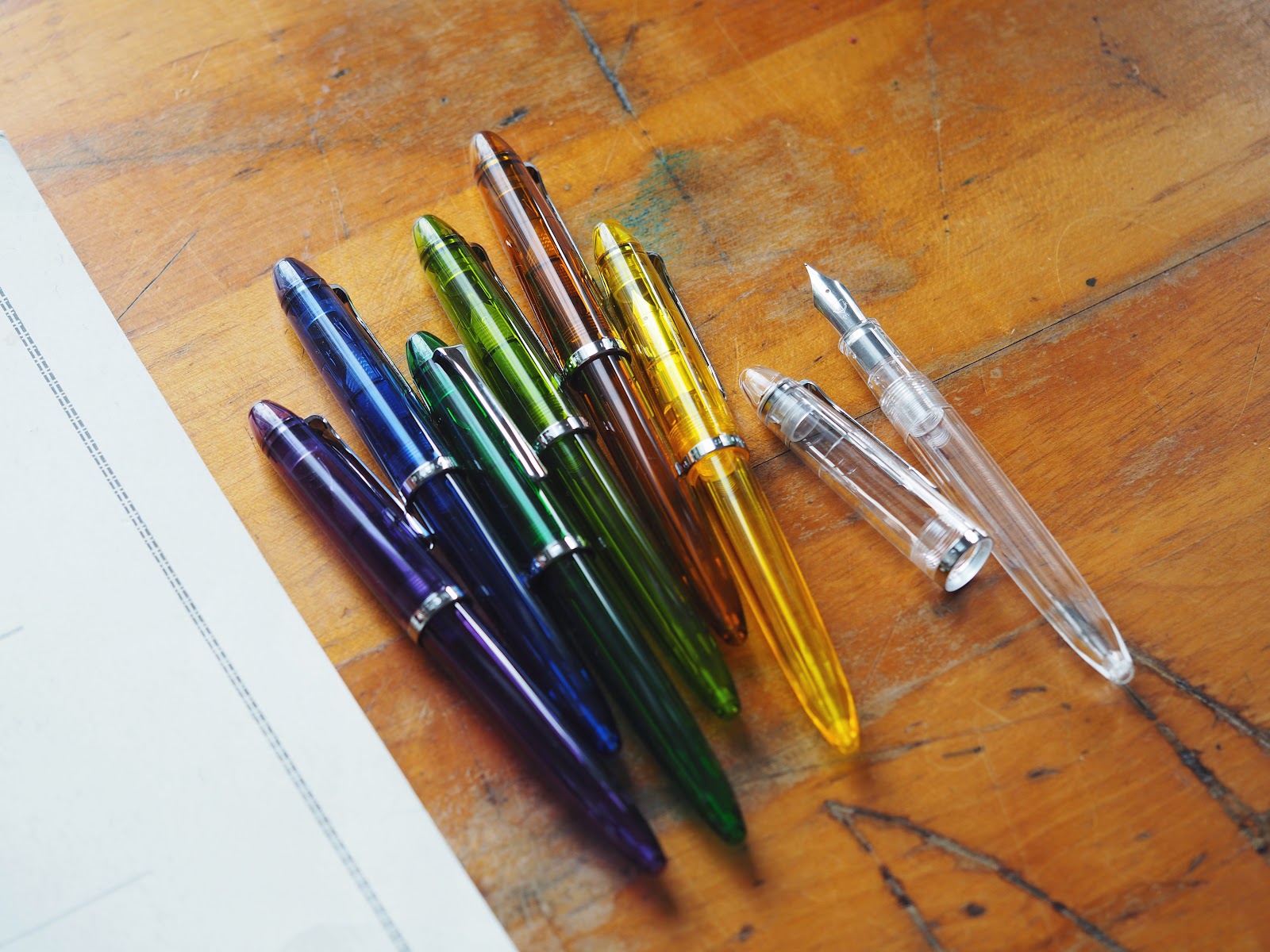 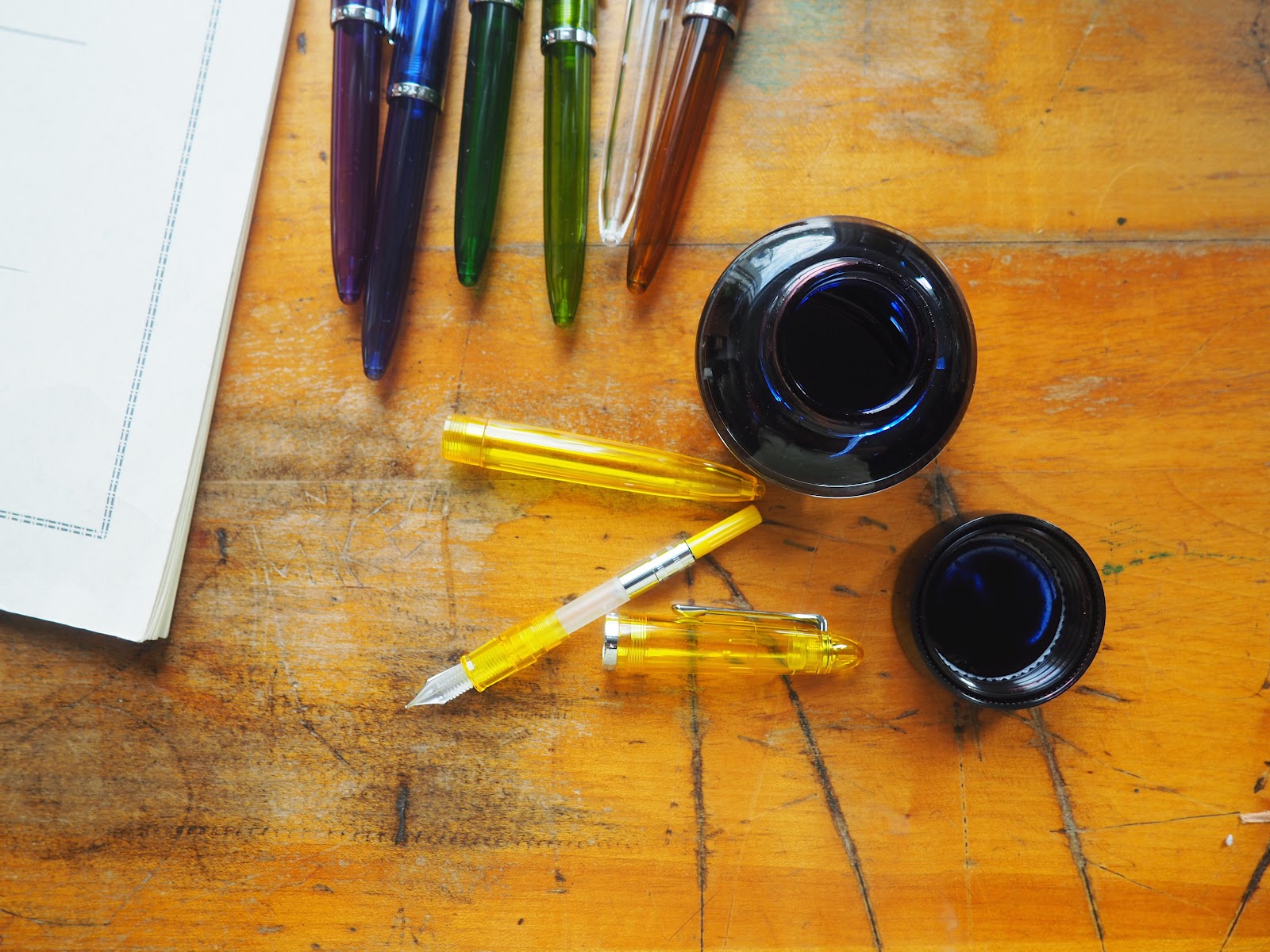 Inked up with Sailor Kobe #7, in a Life Stationery KB4 notebook. 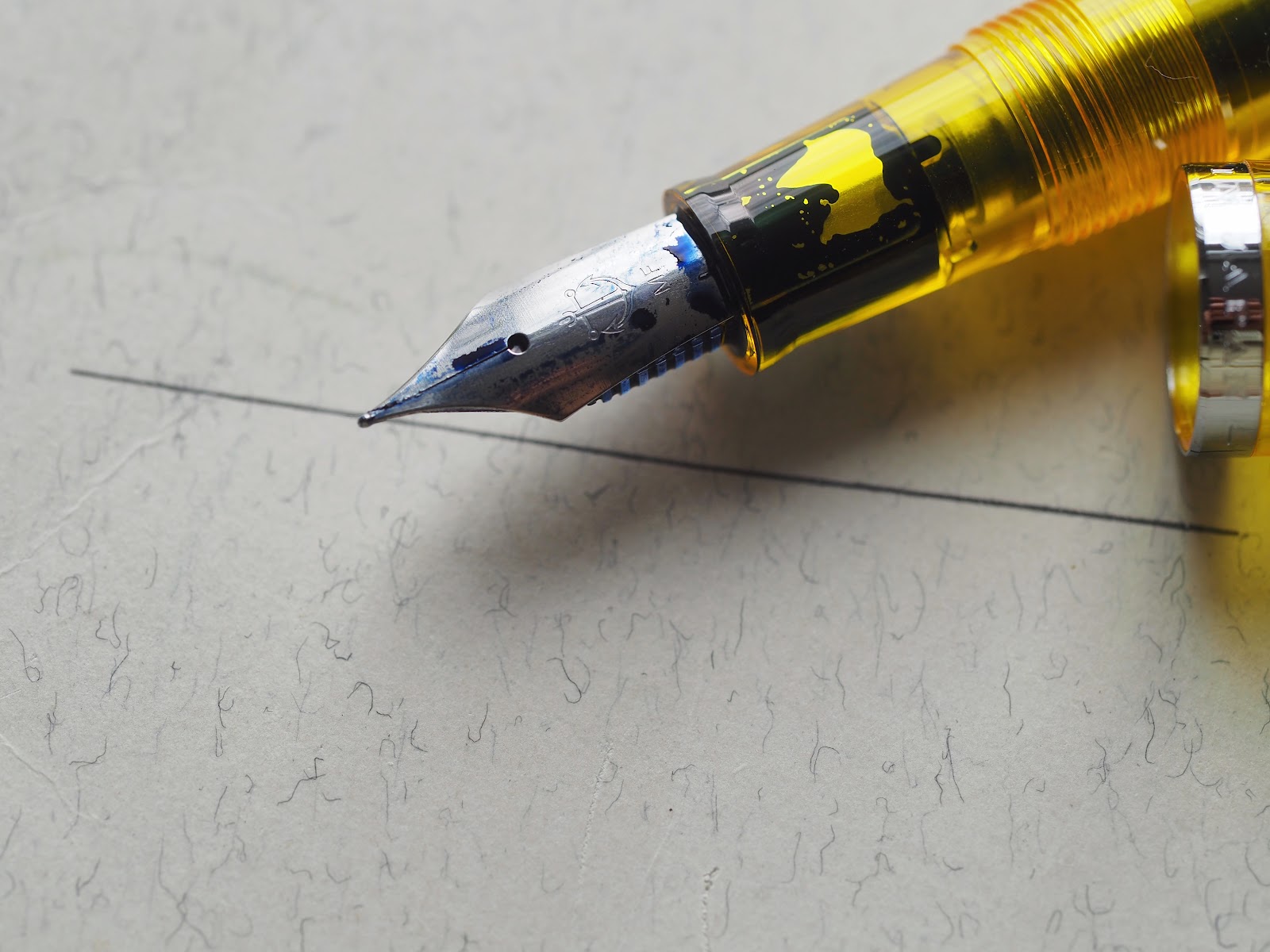 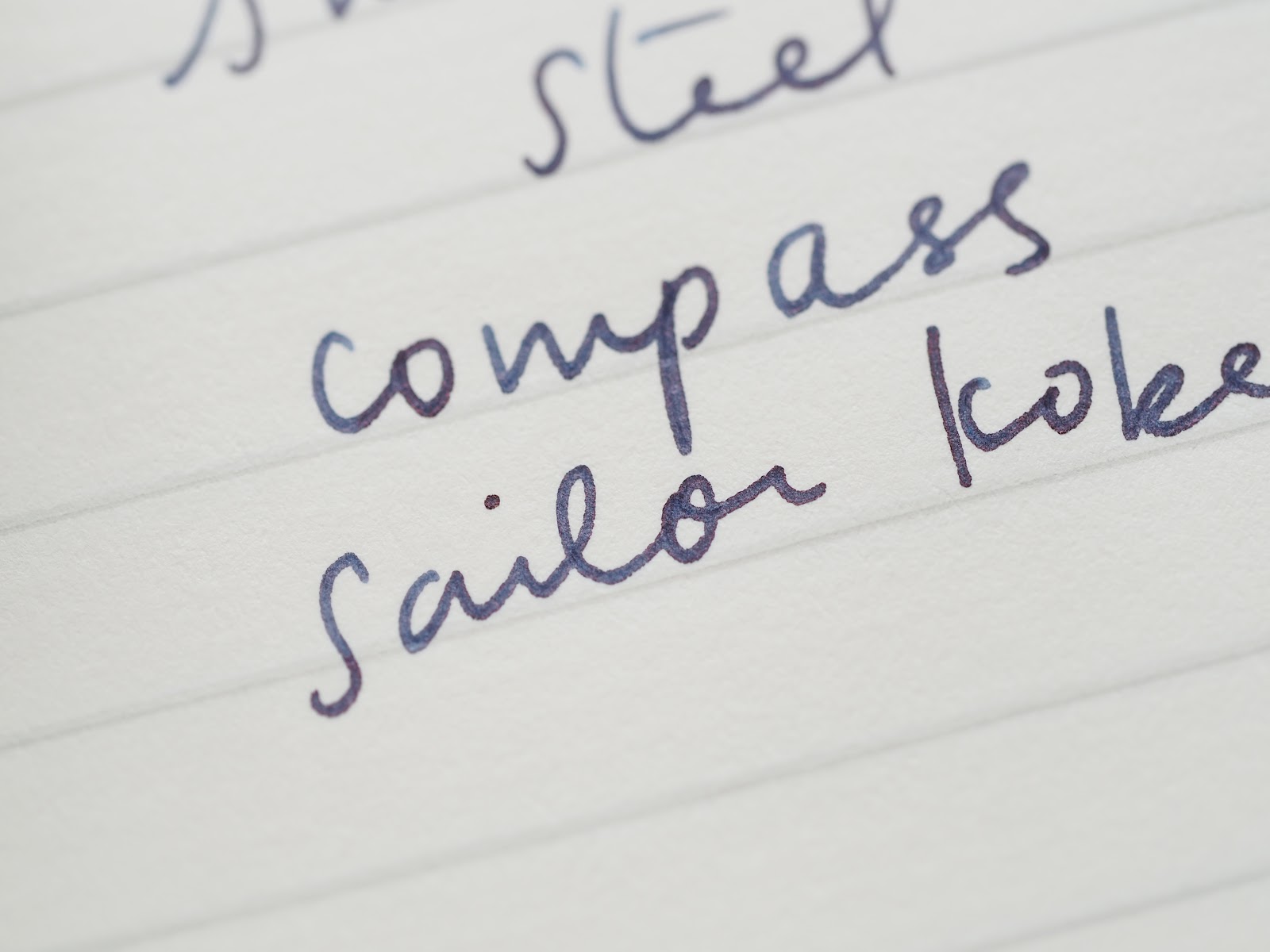 Kob #7 is one of my all time favourite inks. It’s a dark blue-black but still clearly a blue-black, lots of character and the bit of sheen gives it some dimension. Possibly, if I had to move to a different country and could only take one bottle of ink with me, it would be this one.

In any case, we are enjoying the sunshine and comic books on the terrace. Things are slowly being crossed off and added to the to do lists: I got lost in the wilderness of books to prepare for upcoming Wonder Pens Reads, which I’m pretty excited about, some prep for a couple of labour intensive projects that are coming up, I threw out a bunch of the kids’ clothes that have holes in them. With every seasonal change, we have to call in the furnace guy and then the AC guy, as both of these are aging and not well, and Jon is hoping to do something about both this spring.

Lots of things seem to be coming into the shop these days. It’s spring which means ink are finally starting to flow again, but there are new releases and restocking things. It really never gets old, opening up a box of things, seeing what’s come in. There are sometimes disappointments (broken bottles, back ordered items, shipping mistakes), but there’s always something fun too, sometimes new things, often things that we’ve been waiting for. These days it can be treacherous to ask a small business how business is, but with every box we get in, we’re grateful to still be around, to still be able to put things on the shelves, it’s another breath in and another breath out. 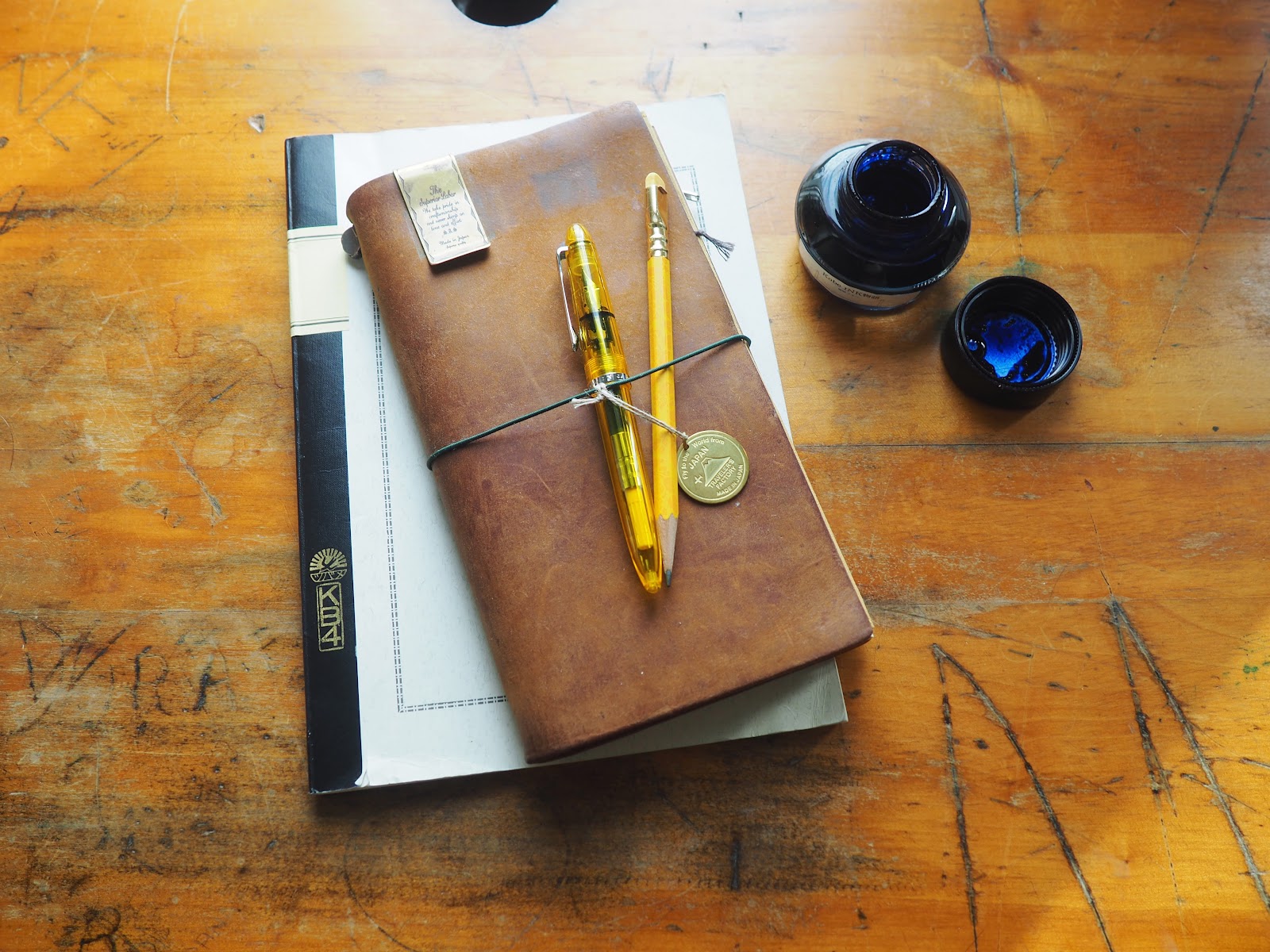