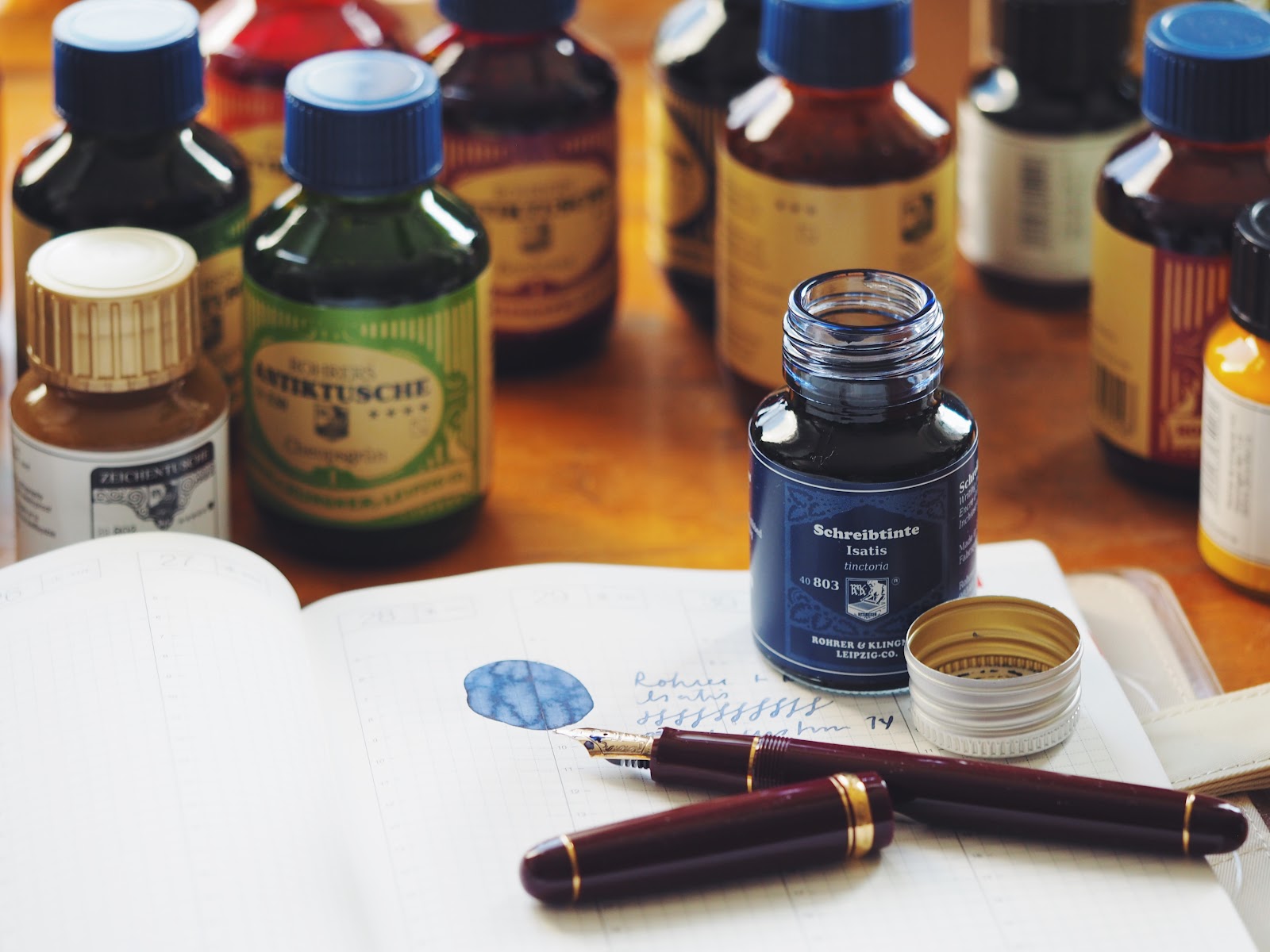 I had vaguely heard rumours (probably from Jon) of this new special edition ink from Rohrer and Klingner and now here it is, Isatis Tinctoria, inspired by the indigo dye from its leaves. It’s the special edition ink for 2021. I do believe it is in fairly good supply so we should be restocking it in our next shipment, but of course you never know with these special editions.

It is a dusty, greyish blue with so much depth. Rohrer and Klingner inks are lovely, a personal favourite brand, but of course my very favourite inks are ones that show a bit of character, some shading, some darker and lighter spots. In my opinion, it’s still readable, but if legibility is a concern, especially if you write with finer nibs, I strongly recommend you get a sample. It does get ever so slightly darker with time, but not much. But I love these inks that are interesting to look at, that look like you wrote it with an inky pen and not the mono line of a gel pen. 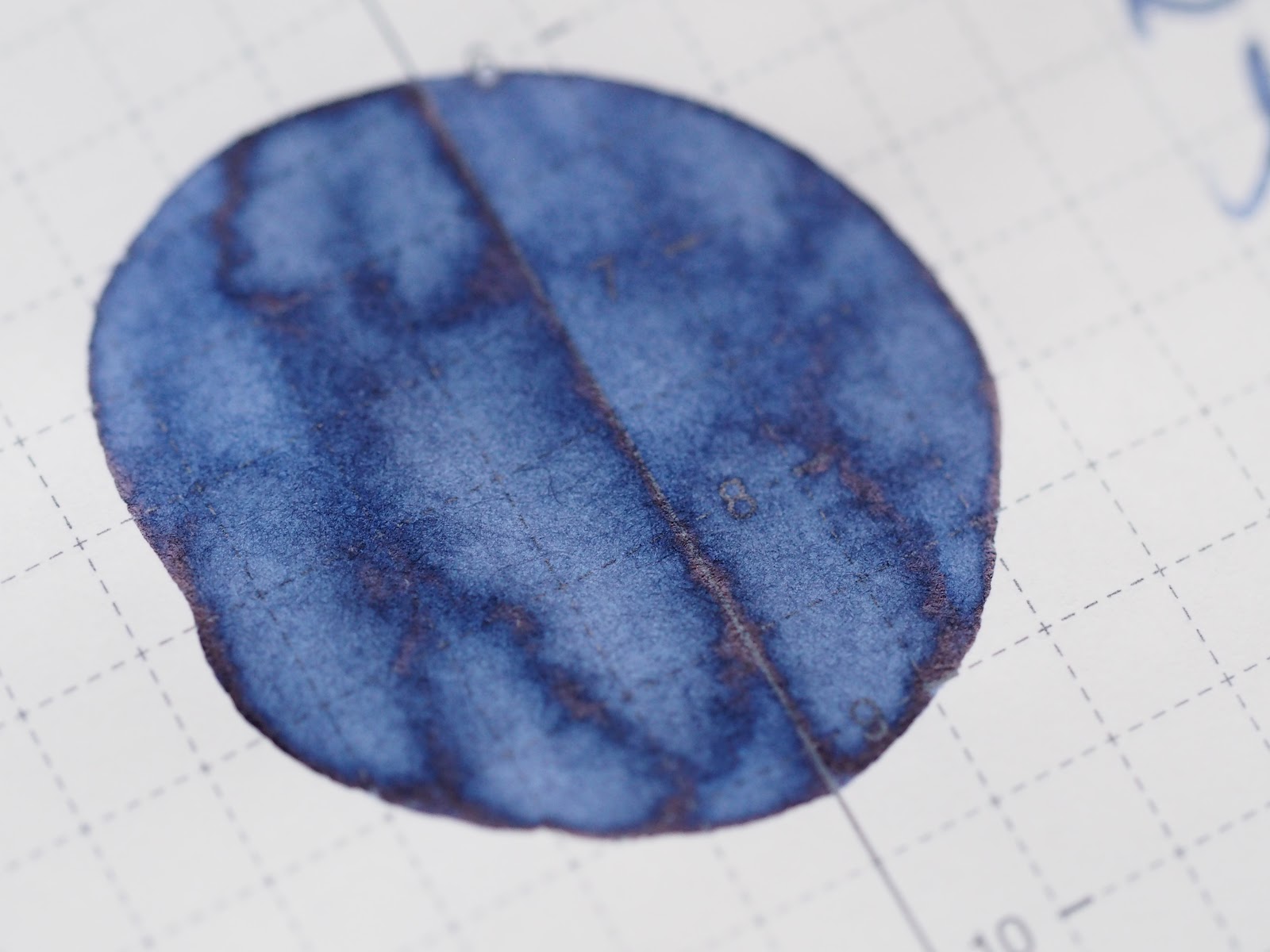 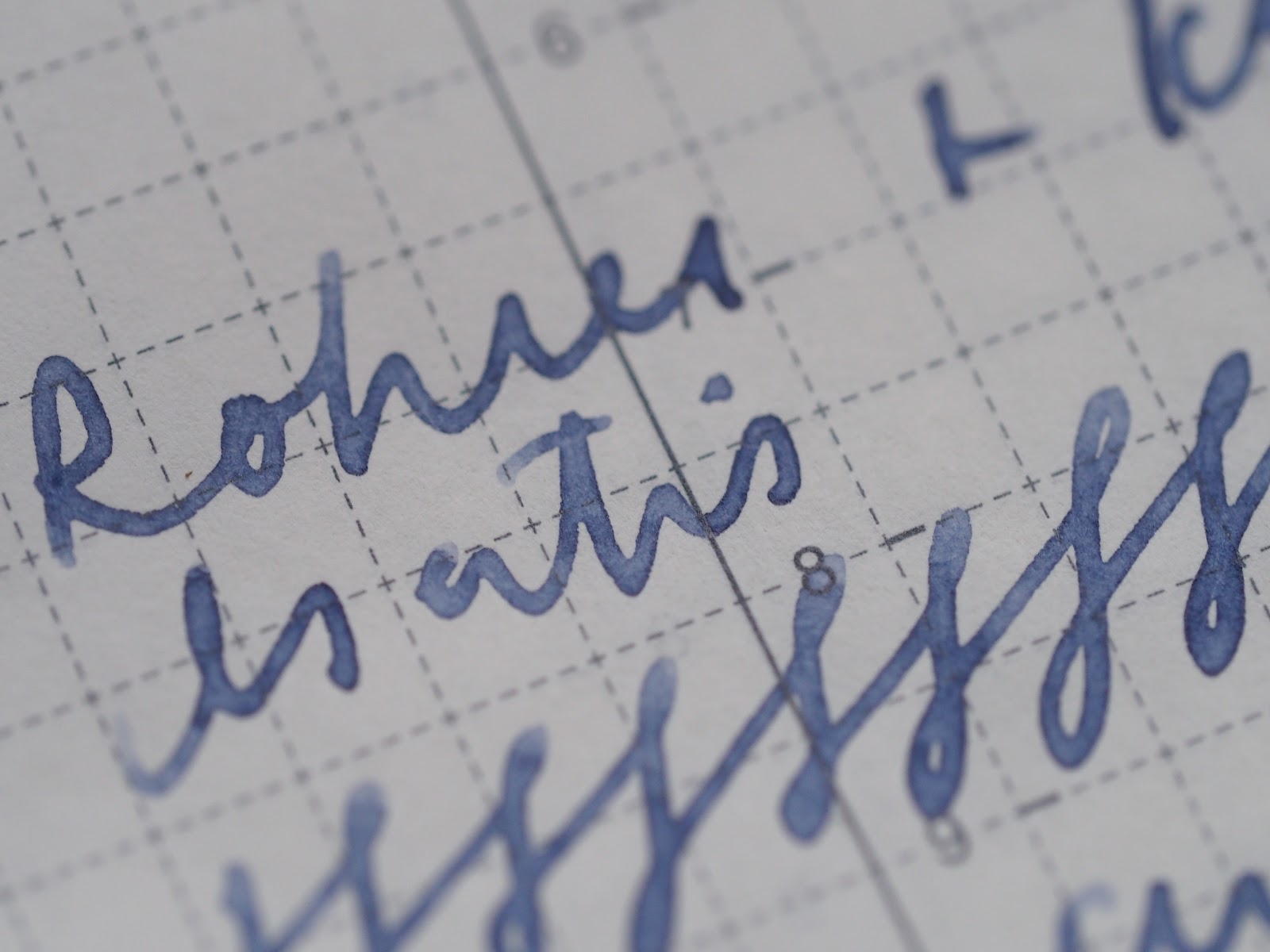 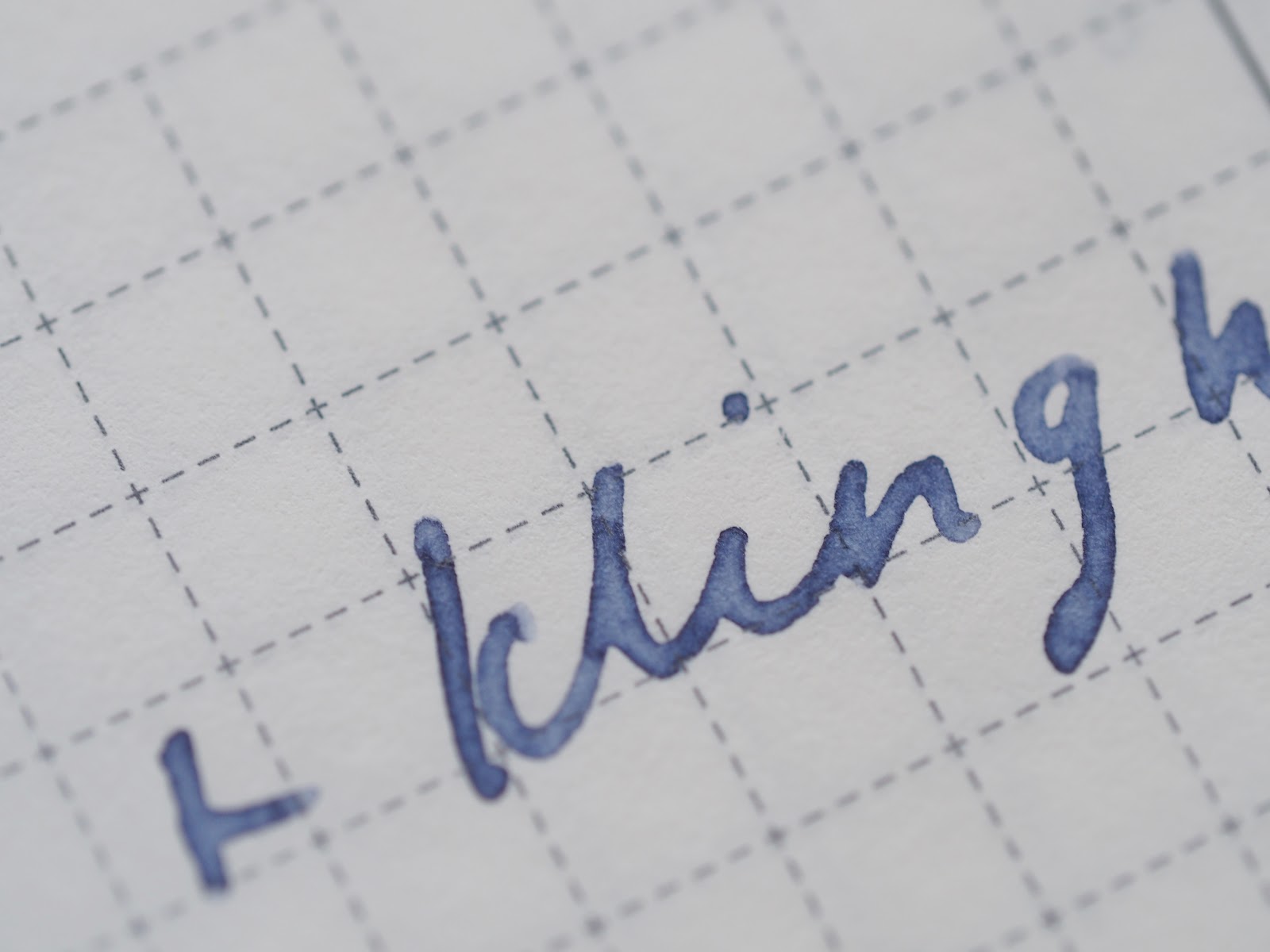 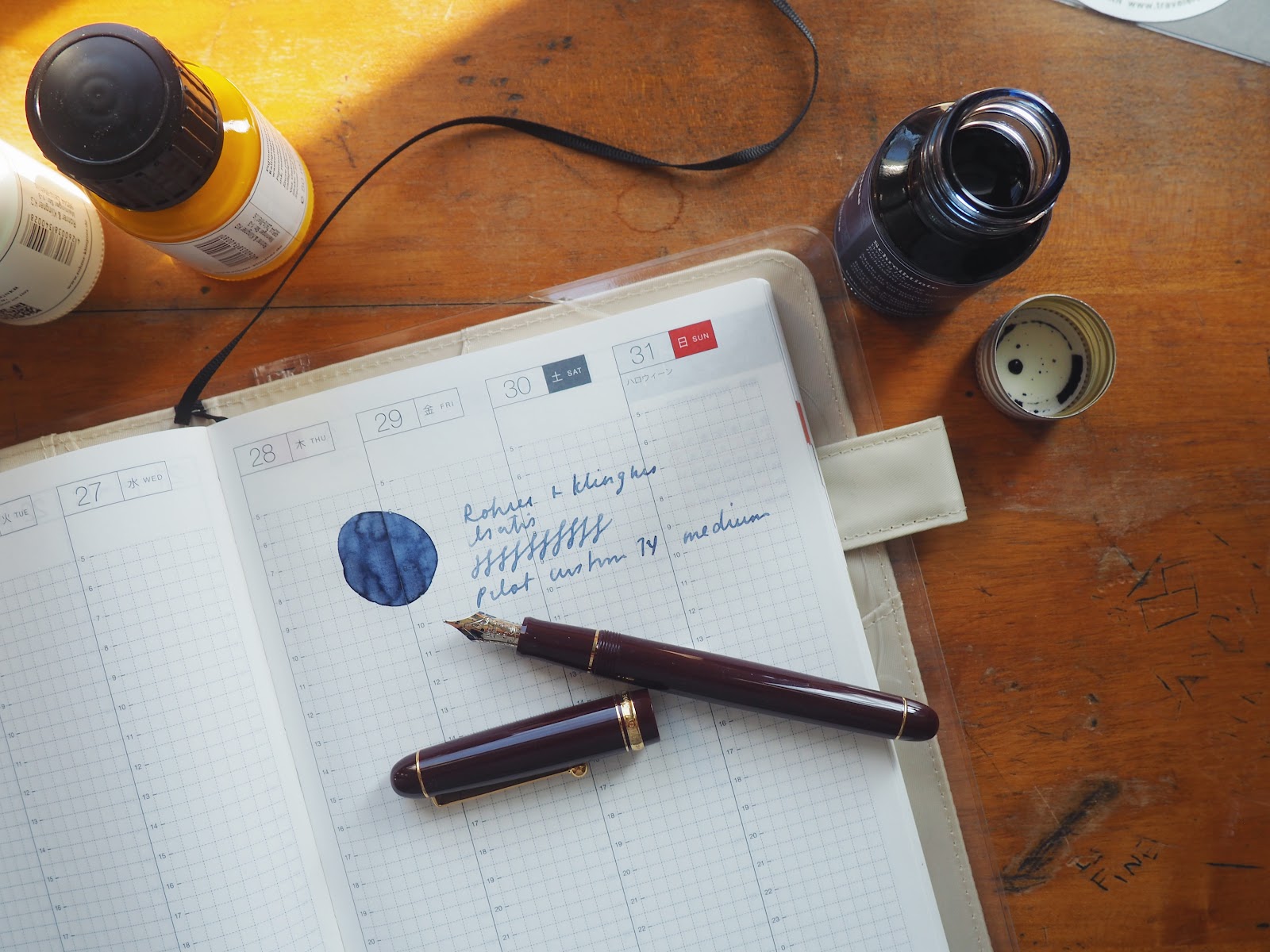 In other news, we’ve brought back the traditional inks that we carried once upon a time and expanded the line. They are great looking bottles. We also brought in a selection of the traditional calligraphy inks. Neither of these are not intended for fountain pens, as they are pigmented, but will be great for laying down opaque lines with a dip pen or a glass pen or a brush tip. If you have a dip pen handy, these inks might be nice for labelling envelopes on your correspondence, as they are waterproof. You can see all of the Rohrer and Klingner inks here. In the dream world I live most of the time, I intend to eventually do a blog post with a few swabs of these inks.

It’s always a bit overwhelming when we get a bunch of inks in at once, taking photos, and sorting them out, but there’s also something satisfying in all of these fresh new colours and trying them out.

And so we march on, with lots of slightly tedious, but mostly meditative tasks ahead of us. 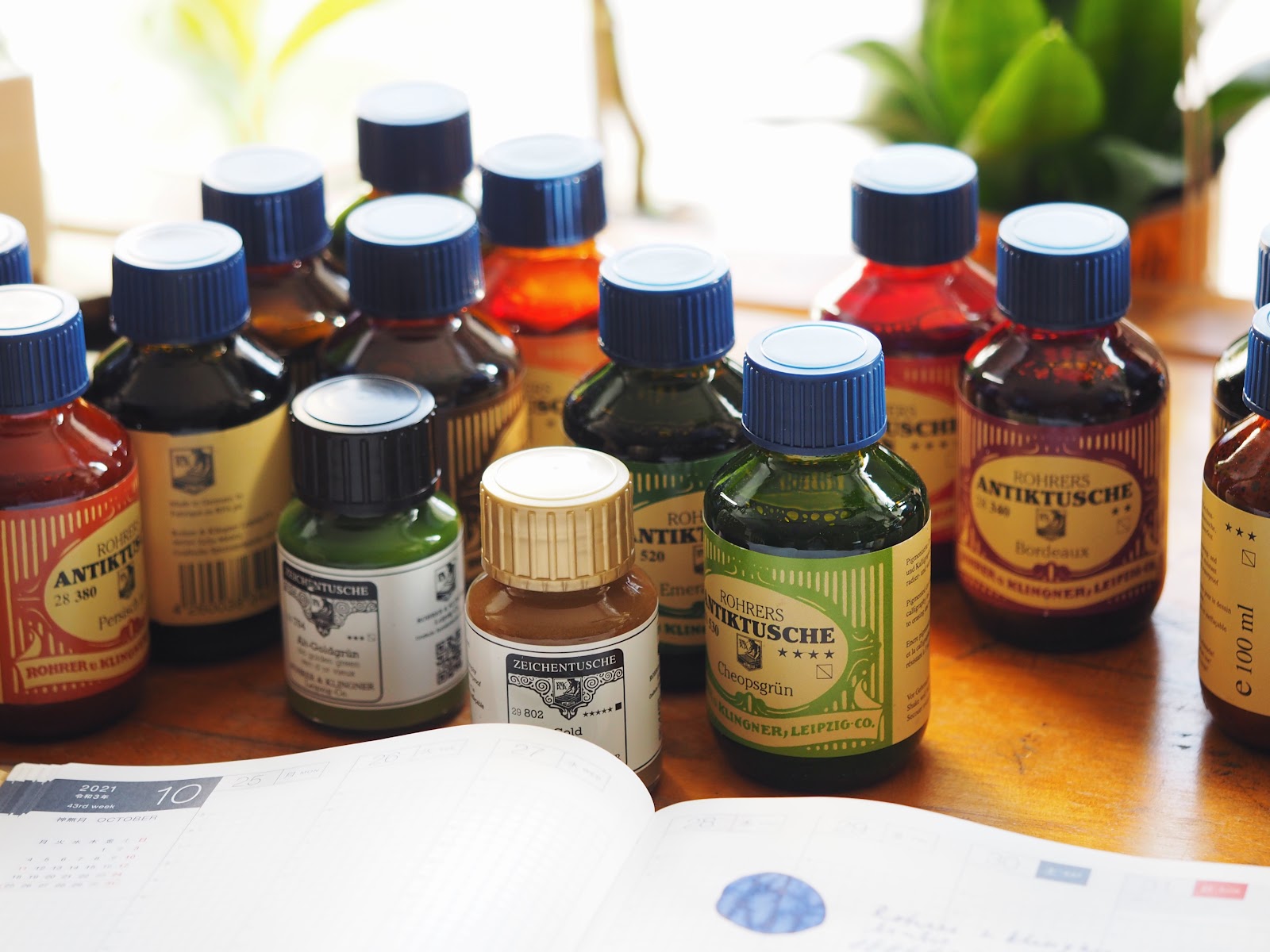 Currently reading: The Invention of Nature by Andrea Wolf

Current state of the cat: sleeping in a pile of dirty laundry

Currently contemplating: if I should start using Caleb’s library card